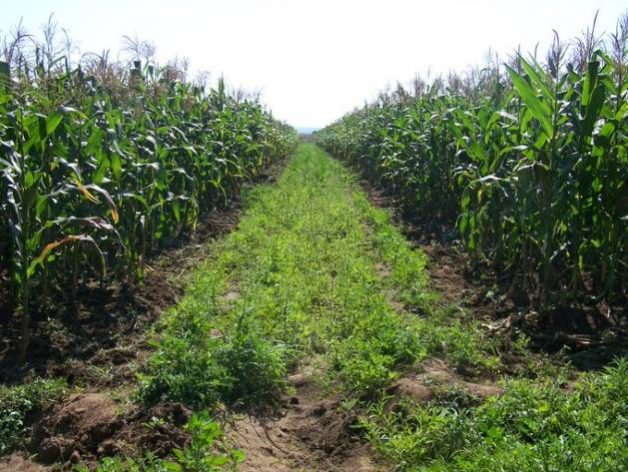 PRETORIA, South Africa, Oct 19 2020 (IPS) - Many countries in sub-Saharan Africa commit resources to promote agricultural innovations. This is based on the assumption that rural livelihoods are mainly agricultural and that the innovations will increase agricultural production and household income.

As resources come under pressure from growing populations and natural resource degradation, governments and donors want to see that agricultural research and innovation has an impact. They want to see “success” and “value for money”.

But success is understood in different ways. It depends on how it’s framed and by whom.

Studying conflict in agricultural innovations can lead to a better understanding of the appropriateness of certain technologies in terms of how they’re designed, promoted and how they’re linked to rural livelihoods.

Conservation agriculture in Zimbabwe provides a good example of an innovation like this. This approach to farming has been widely promoted by non-governmental organisations, research institutes and the state. It’s also promoted in other countries of eastern and southern Africa.

The method is based on minimal soil disturbance, mulching soil with crop residues, and crop rotation. These are meant to conserve moisture, reduce soil erosion and build up soil organic matter to improve crop yields and rural livelihoods.

We wanted to know how this innovation was promoted and implemented in Zimbabwe and how its “success” was framed and assessed. Our study found that there were differences in how farmers and promoters of conservation agriculture defined its success.

These differences matter when investments are made in promoting agricultural innovations. It’s particularly important to understand the diversity of rural livelihoods.

Our study was conducted in Gwanda and Insiza districts in south western Zimbabwe. Droughts are a common feature in the area, occurring on average every two or three years. We collected data via a household questionnaire survey, interviews and focus group discussions. Participants included farmers, NGO and government extension officers.

We found that innovation was understood by the majority of respondents as having three main attributes, namely, “novelty”, “adaptability” and “utility”. Despite novelty being mentioned more often than other understandings of innovation, some felt that it existed in theory and not practically.

For example, a farmer said interventions promoted in their communities weren’t new but rather repackaged existing technologies with different names. Some weren’t suitable for the area.

Conservation agriculture was identified as the innovation most often promoted by non-governmental organisations and government extension officers in the area. Huge investments were committed to promoting it – the Department for International Development set aside about US$23 million to promote it in Zimbabwe. Yet after the project’s three year lifespan, farmers mostly abandoned the practice.

The locals gave it the name “diga ufe”, which means “dig and die”, because it required so much physical labour. The manual digging of conservation basins during land preparation and the multiple weeding was labour intensive.

Respondents agreed that innovation was vital for sustaining food security and nutrition in the context of climate change. One farmer said innovation was about experimenting with resources at one’s disposal to come up with something new and suitable for the area. He also emphasised that innovation was a collective action that includes farmers, researchers, extension agents and the private sector. He said it was not only confined to new technology (hardware), but processes such as governance, that would yield positive results.

Diversifying out of agriculture was identified as an alternative response to climate change. It could boost the income of the household and help sustain food and nutrition security.

Government extension officers felt that innovations in the area should be targeted towards livestock production. The area’s semi-arid climate means it’s not conducive for rain-fed agriculture.

So, despite the efforts to promote conservation agriculture, dry land cropping was ranked as the lowest source of livelihood for rural people. People in the area prioritised livestock production. Promoting more livestock production related innovations would have been ideal for the area.

Innovation can thrive in rural areas. But this depends on understanding the communities’ perceptions and livelihood context to appreciate their priorities.

People in rural areas don’t lack capacity. They need support to utilise available resources and innovate in a flexible manner that’s context specific. They should be key players in coming up with solutions, since they have a better understanding of the challenges and opportunities within their communities.