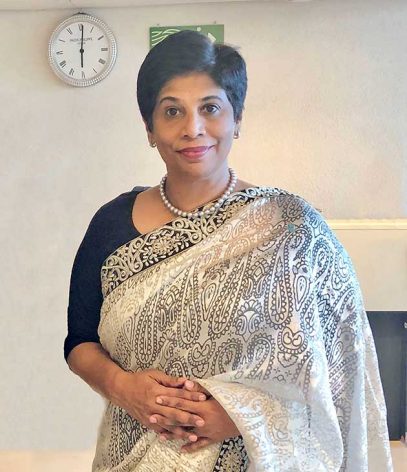 SUVA, Fiji, Jan 22 2021 - On Friday, 15 January, Ambassador Nazhat Shameem Khan, Fiji’s Permanent Representative to the United Nations in Geneva, was elected the President of the United Nations Human Rights Council for 2021. As the first Pacific islander to hold this position, the President has a unique opportunity to enhance the protection and promotion of human rights in Fiji and the Pacific, and to amplify Pacific voices on human rights issues at the global level. The presidency reflects the Pacific’s growing presence on the international human rights stage and comes at a time of increasing marginalisation, social exclusion and poverty arising out of COVID-19; opening the door for the President (and Fiji) to promote a human rights-based and people-centred approach to ‘building back better’.

The growing influence of the Pacific

Over the past few years, the Pacific has experienced positive developments in the area of human rights. As the recent ‘Human Rights in the Pacific: A Situational Analysis’ (SPC & OHCHR, 2021) highlights, there have been 14 ratifications/accessions of the core nine human rights treaties among Pacific Island Countries (PICs) over 2016-2020. Fiji is one of the first countries in the world to become party to all nine. While impressive, the challenge for PICs, including Fiji, is to convert these commitments into actual benefits for their people, through the realisation of the rights set out in the treaties.

There have been encouraging signs. For example, the Pacific has long considered climate change through the human rights lens. In 2020, Samoa hosted the 84th Outreach Session of the Committee on the Rights of the Child (‘CRC84’), the first time any of the UN treaty bodies has held a regional session outside of Geneva or New York, despite repeated attempts for decades to do so. CRC84 showed the tangible benefits that come from a UN treaty body meeting directly with the very people they are meant to serve. In 2019, PICs agreed to the ‘Pacific Principles of National Mechanisms for Implementation, Reporting & Following-up (‘NMIRFs’). The principles ensure more effective implementation, reporting and tracking of human rights commitments and obligations, and enhance public transparency in this area (Fiji had pledged to establish such a mechanism in its bid for the presidency). Countries across the globe have expressed interest in adopting and adapting these principles for their own NMIRFs. Samoa currently has one of the most comprehensive rights and development tracking tools, and the open-source software on which it is built is being used or considered in countries across the world.

We have also seen a greater Pacific presence in Geneva, where the UN Human Rights Office is headquartered, with Fiji and the Republic of the Marshall Islands becoming members of the Human Rights in 2018 and 2020, respectively. Having assumed the presidency of the Council against this backdrop of increasing Pacific standing on the global human rights stage and growing political support and leadership for implementation, it is incumbent upon Fiji to build on this momentum.

What is the Human Rights Council?

The Human Rights Council was established by the United Nations in 2006, and consists of 47 member states, elected by secret ballot, to protect and promote human rights. The Council can investigate alleged violations of human rights and examine thematic or systemic issues. Members are elected by the UN General Assembly (all UN member states), with consideration given to equitable geographical representation as well as the human rights record of candidates and their voluntary pledges to protect and promote human rights.

While not a perfect system, the Council has significantly improved the UN’s effectiveness in respect of its human rights mandate since its establishment in 2016, not least through the creation of the Universal Periodic Review – a peer review of each country’s human rights record every five years with recommendations for improvements and the monitoring of and technical support for implementation. Unlike the UN Security Council, there is no veto and members have equal voting rights, enabling the Council to be more responsive and nimble in responding to human rights issues and contributing to its growing influence and credibility.

The presidency of the Human Rights Council rotates on a yearly basis between the five regional groups of the UN. The President is required to set the agenda for the Council and play a role in the appointment of independent experts to the special procedures. The President is able to build consensus and make statements seeking solutions to specific problems – these are then adopted by the Council and given the same authority as regular resolutions.

Convention dictates the appointment of each new President is through informal diplomatic channels, with one agreed candidate proposed to the Council. This looked to continue for the 2021 presidency until an 11th hour bid by Bahrain (and later Uzbekistan) led to an unprecedented secret ballot, with Ambassador Khan receiving 29 of the 47 votes. The fact that the 2021 presidency was so fiercely contested demonstrates increasing recognition of the importance of this role.

What this means for the Pacific

While the context and nature of the presidency offers multiple opportunities for the Pacific, it also entails a significant degree of national and regional responsibility. Foremost, this is an opportunity to amplify Pacific voices within the Human Rights Council so as to raise awareness and stimulate action on priority human rights issues for the region, including on climate change. Prime Minister of Fiji, Honourable Josaia Voreqe Bainimarama, highlighted this when he said, “(Fiji’s) leadership comes at a critical time for humanity, as the climate emergency threatens human rights on a global and generational scale.” The proposal for a Special Rapporteur on Climate Change is likely to come before the Council during Ambassador Khan’s tenure and she will be critical to whether such a role is established. Coinciding with Fiji’s presidency will be the United States’ re-engagement in the climate change agenda and its timely return to the Paris Agreement.

The Pacific is chronically under-represented on the global stage; consequently, our voices are seldom heard and our issues rarely prioritised. The presidency can bring the Pacific experiences, issues and expertise to the fore. An area which deserves highlighting is how the Pacific’s values and diverse cultures are an enabler of human rights. In our region, human rights are often seen as a foreign import, an externally imposed system and framework. However human rights are written into the constitutions and legislation of every Pacific island nation, including one which pre-dates the UN Declaration on Human Rights. The principles underpinning the international human rights system, such as dignity, respect, protection and community, are central to Pacific communities.

Contextualising human rights enhances community understanding and ownership. The aim of contextualisation is not to find a middle ground, but to harness the vast power of traditional knowledge to communicate human rights standards, find solutions to human rights issues, and generate local understanding and ownership of implementation. Contextualisation of human rights is difficult – hard conversations are necessary around how a society wishes to move forward. Fiji’s presidency has the opportunity to open up these conversations and, in doing so, unlock the vast potential of Pacific culture to enable and uphold international human rights and further demonstrate to the world what this region can offer as a leader in this field.

Naturally, the presidency will place Fiji and its human rights record under the spotlight. Membership of the Council requires a state to uphold high human rights standards (General Assembly resolution 60/251) and the presidency further elevates that responsibility. Work undertaken as President in Geneva must not distract from domestic efforts to give effect to the rights contained within the human rights treaties and the constitution to which Fiji is bound. The ‘Human Rights in the Pacific: A Situational Analysis’ (SPC & OHCHR, 2021) documents areas of concern and the public will play close attention to how Fiji addresses these domestic matters during its tenure as President of the Council.

While the presidency is an historic occasion, of greater importance is the opportunity it presents to show the world that the recent achievements and commitments in the Pacific are not anomalies but an indication of the unique role the region can play when it comes to human rights.

Miles Young and Ashley Bowe, Director and Advisor, respectively, of the Human Rights & Social Development Division of the Pacific Community (SPC). SPC is an international development organisation owned and governed by its 26 members, including 22 Pacific island countries and territories. The HRSD Division supports SPC members in the areas of human rights, gender equality and social inclusion, youth and culture.