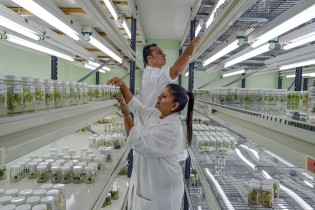 By Michelle Belisle
All over the world, students who attend tertiary education do so with the belief that the investment of their time, money and effort will provide them with returns on that investment that will change their lives and the lives of their families for years to come. As qualified graduates, those students emerge from their tertiary programmes with recognised skills and knowledge making them employable in their chosen fields, moving them forward along a career pathway and in many cases, bringing recognition to the institutions that trained them as they experience success and achievements related to their expertise.

Between 2010 and 2020, many Pacific Islands and Territories have updated their traditional data collection processes, embracing new technologies. The island nations Kiribati and Vanuatu, among others, successfully switched to computer-assisted personal interviewing (CAPI), a new data management system and a survey monitoring dashboard. The innovations implemented with support from the Pacific Community helped to weather the impact of the pandemic on census activities and to become fit for the purpose of tracking the Sustainable Development Goals (SDGs).

In April 2021, the Pacific Community (SPC) coordinated the 14th Triennial Conference of Pacific Women and the 7th Meeting of the Pacific Ministers for Women, hosted by the Government of French Polynesia. The conference brought together decision-makers, development partners, research institutions and civil society organisations. Following this landmark event, SPC will continue to publish portraits of inspiring gender champions who are at the heart of Pacific development programmes.

Policymakers worldwide consistently rank water scarcity among the greatest risks faced by humanity. In Pacific island countries and territories, where water resources are limited, it has become essential to reassess and adapt water planning and decision-making processes taking into account the current and future impacts of climate change.

A renowned Pacific gender equality champion and Technical Advisor of Shifting the Power Coalition, Sharon Bhagwan Rolls, believes that gender equality is about men and women working together and this can be achieved by diversifying media content to break gender stereotypes.

SPC hosted the first triennial conference of Pacific women more than 40 years ago with the purpose to create a space where Pacific women could meet, share their experiences and identify measures for the advancement of women.

By Catherine Wilson
While Pacific Island countries have, so far, been spared a catastrophic spread of COVID-19, their economies have been devastated by the effects of border closures, internal lockdowns and the demise of international tourism and trade. With the global pandemic far from over, Pacific Islanders are looking to their local and regional economies to drive resilience and recovery.
Next Page »
ADVERTISEMENT ADVERTISEMENT