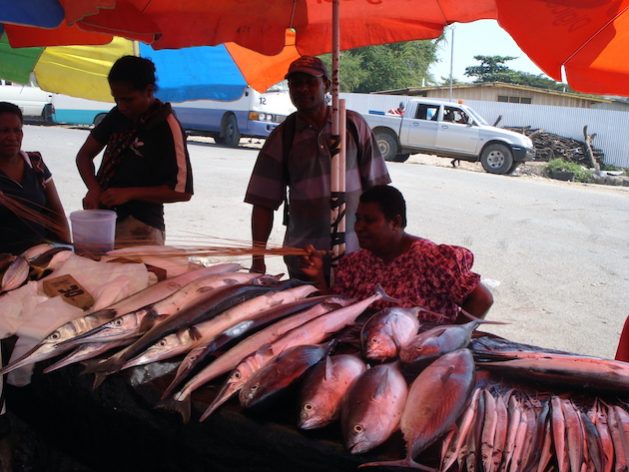 CANBERRA, Australia , Feb 28 2022 (IPS) - Oceans play a pivotal role in regulating the world’s climate and maintaining the conditions for human life on earth. And they are a crucial source of sustenance and economic wellbeing in many developing countries, including small island developing states. But Pacific Islanders are deeply concerned about the fate of the oceans if world leaders fail to secure the pledges needed to limit the global temperature rise to 1.5 Degrees Celsius above pre-industrial levels at the next COP27 climate change summit in November.

“We all need to do more. The target has been set. In the coming year, in the lead-up to the next climate change conference, there is a huge emissions gap. We are not translating that into tangible commitments on the ground that enable us, as humanity, to say we are on the right trajectory,” Cameron Diver, Head of the Climate Change and Environmental Sustainability Programme at the regional development organisation, Pacific Community (SPC), in Noumea, New Caledonia, told IPS.

The Pacific Ocean is the world’s largest and covers one-third of the planet’s surface. It’s a major carbon sink. Oceans absorb nearly one-quarter of all carbon emissions associated with human activities every year. But, after mid-century, continuing high emissions will generate a decline in the capacity of oceans to capture carbon dioxide from the atmosphere, reports the IPCC. And this will compromise their role in regulating climate and weather extremes.

The socioeconomic impacts of climate change in this scenario “could be catastrophic. It will have a massive impact on people who ultimately live their lives with the ocean,” Diver emphasised. He elaborated that sea-level rise would diminish arable land and lead to population displacement, while higher levels of ocean acidification will threaten coral reefs and coastal fisheries. Food insecurity is a very real risk, given that 70 percent of Pacific Islanders derive their protein from inshore fisheries.

In the Polynesian atoll nation of Tuvalu in the Central Pacific Ocean, “all communities in Tuvalu live around the coast. We are surrounded by the sea, and coastal erosion is a great issue impacting on our food, especially inundating our pulaka pits,” Teuleala Manuella-Morris, Country Manager for the Live and Learn environmental non-governmental organisation, told IPS. “Pulaka is a root crop and is grown in pits dug down to reach the rainwater trapped in the water pan. However, these can become salty during droughts or cyclones when the waves manage to get into the pulaka pits.” Sea surges and cyclones are destroying many of these crops, she said.

Pacific Islanders have emerged as some of the world’s strongest campaigners for the conservation and sustainable development of the sea, a role that is driven by their dependence on the ‘Blue Continent’.

“All Pacific Islands have a reliance on tuna and other marine resources for government income, food security, livelihoods, and ecosystem services. In terms of income, this is particularly notable for many Pacific small island developing states and territories where there are limited resources to provide alternative revenue streams, such as in Tokelau and Kiribati,” Dr Graham Pilling, Deputy Director of the Pacific Community’s Oceanic Fisheries Programme told IPS. 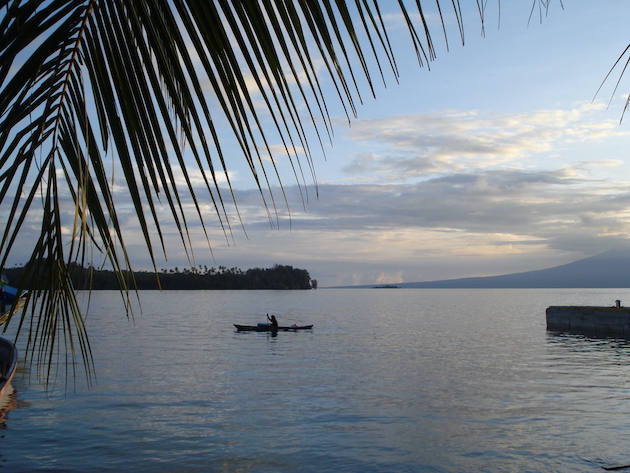 The Pacific is the world’s largest ocean and plays a vital role in regulating the earth’s climate. Credit: Catherine Wilson/IPS

It’s not just the Pacific but the world’s oceans that will be threatened if carbon emissions continue to rise. And this would have serious consequences for the more than 260 million people across the globe with livelihoods that rely on marine fisheries and developing countries which benefit from the US$80 billion which the sector generates in export revenues.

Over time, rising greenhouse gases lead to greater acidification and depletion of oxygen in the seas and changes in the circulation of sea currents. Rising temperatures are boosting thermal stress on coral reefs. Mass coral bleaching would lead to the deterioration and mortality of corals and the marine life they support.

The breakdown of reef and coastal marine ecosystems will have repercussions for coastal populations which depend on coastal fisheries and tourism for food and incomes. By 2050, only an estimated 15 percent of coral reefs worldwide will be capable of sustainable coral growth, according to the sustainable development organisation, Pacific Environment (SPREP).

Meanwhile, offshore fisheries, especially the tuna industry, provide essential government revenues and tens of thousands of jobs across the Pacific Islands. The tuna market is a global one, and the western and central Pacific Ocean is the source of 60 percent of the world’s tuna catch. Two-thirds of all tuna caught is acquired by foreign fishing vessels, with 90 percent taken by other countries for processing, reports the Pacific Islands Forum. The main nations that ply Pacific waters include Japan, the United States, Korea, China, Taiwan, the Philippines, and Indonesia.

However, a recent study by a group of international scientists, including several such as Steven R. Hare, Dr Graham Pilling, Dr Simon Nicol and Coral Pasisi, from the Pacific Community, highlights the serious consequences of global warming for the future of the region’s tuna fisheries. Changes in the ocean are projected to drive tuna populations away from tropical waters.

“Modelling results suggest that overall, climate change may lead to reduced abundance of tuna in the waters of many Pacific Island countries and territories, and key tuna resources are likely to move further east into the high seas outside the Exclusive Economic Zones (EEZs) of Pacific Islands,” Dr Simon Nicol, Principal Fisheries Scientist in the Pacific Community’s Fisheries Division told IPS. “Given the contribution of tuna to annual GDPs of Pacific nations, reduced abundances and greater variability in annual catches will enforce ‘Global Financial Crisis’ type stressors on government services provided by the Pacific Islands on a regular basis.”

The study, published in the Nature Sustainability journal, concludes that, by 2050, the purse-seine catch of tuna in 10 Pacific Island nations could decline by an average of 20 percent, leading to a loss of US$90 million in foreign fishing fees per year. The broader effects on islanders’ lives could be more precarious economies, food insecurity and higher unemployment.

The repercussions of climate change on the oceans will be experienced not only in the Pacific but also in nations dependent on the Indian and Atlantic Oceans. This could affect the lives of more than 775 million people worldwide who rely on marine resources for socioeconomic survival and jeopardise the global market for marine and coastal resources and industries, which is currently valued at about US$3 trillion every year.

Last year, Pacific Island Forum countries’ leaders issued a statement calling for meaningful global action. We “note with significant concern that based on current trends, we will exceed 1.5 degrees Celsius as early as 2030 unless urgent action is taken, with significant adverse impacts on the ocean.”

Diver also emphasised that climate pledges had to be embraced not only by world leaders but by everyone. “We need a whole of society approach. We need the whole of society to meet their obligations. We can’t just rely on the public sector to do this; it has to go right across every sector. An integrated approach is needed,” he said.