“Saving Journalism: A Vision for the Post-Covid World” 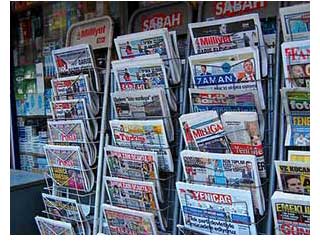 Jan 27 2021 (IPS) - In the midst of the COVID-19 pandemic, journalists everywhere are feeling the consequences; job cuts, layoffs and closures have swept the world.

Philanthropists, journalism organizations, economists and governments have come up with solutions to address this financial devastation, some calling for greater collaboration among these groups. In a new report from Konrad Adenauer Stiftung, “Saving Journalism: A Vision for the Post-Covid World,” we analyzed initiatives around the world that hope to save the industry.

Our research noted renewed interest in government and Big Tech funding news and an emphasis on preserving what exists rather than starting up new outlets that may not survive.

To make sense of the proposed solutions, we broke them up into four categories, established by Luminate foundation’s managing director Nishant Lalwani: getting Big Tech to help pay for news, government subsidies and other kinds of support, new business models and philanthropic funding. A few solutions are outlined below:

1) Getting Big Tech companies to pay for news

Many of the people we spoke with feel strongly that it’s time to get big tech companies to substantially support journalism and to get governments involved in making that happen.

One pathbreaking example is the Australian Consumer and Competition Commission’s new media code that would force Google and Facebook to pay for news. Introduced to parliament in December, the law would require the tech companies to pay for news they use and force them into binding arbitration if they cannot agree on a price.

The law would also require the tech companies to notify news outlets before they change algorithms that affect audience traffic. If passed the law would create a more balanced relationship between news organizations and the platforms. Germany, Spain and France have, in the past, all tried to use copyright laws to get big tech to pay for news.

The difference here is that Australia is using competition law to change the balance of power between big tech and media companies. If it gets passed, then Australia will have accomplished something that the US has not succeeded in doing although there are efforts underway to get the tech companies to pay for news. These include Free Press’s 2019 proposal to tax microtargeted advertising and use the funds to pay for “civic journalism” and the bi-partisan Journalism Competition & Preservation Act which would allow publishers to band together when negotiating payments with Google and Facebook.

We’re also seen renewed interest in government support for news including in Africa and the US which have traditionally been more wary of the dangers of public funding. Now journalists are looking wistfully at the countries that included funding for journalism as part of their broader Covid relief efforts. Norway, Denmark, Canada, Australia and Singapore stepped up with extra government funding and/or tax credits to support quality journalism and journalists during the pandemic. Australia’s government created an A$50 million (US$35.3 million) Public Interest News Gathering Fund in May to help maintain public-interest journalism in regional areas. And Norway (EFJ, 2020a) and Singapore have also provided subsidies to outlets and freelancers during Covid-19, with Norway allocating NK27 million (US$2.9 million) to media organizations that lost advertising income due to the virus. The government dedicated DKK180 million (US$28.3 million) to compensating outlets for lost advertising revenue between March and June in 2020.

All these ideas can and should be replicated in other parts of the world. In the U.S. there are a number of proposals for supporting news, including the Local Journalism Sustainability Act which was introduced in July 2020. The proposed law would provide federal tax credits to local media outlets for subscriptions, journalists’ compensation and advertising. Senator Brian Schatz (D-HI) has introduced a bill for a commission to study how to help local news. Advocates are hoping that some of these plans will be voted on in 2021.

In Kenya, journalist Mark Kapchanga argues that some endangered news outlets should receive financial assistance from the government but that the funds must be delivered in such a way that the outlets can safely maintain their independence, for instance, through the Media Council of Kenya.

In the U.S., 6,700 local news outlets are owned by hedge funds, which is worrisome for many media professionals because these funds are not interested in supporting news long- term but in making short- term profit. Rather than waiting for them to be asset stripped and killed off, Steve Waldman, the former senior advisor to the chair of the Federal Communications Commission has been thinking about how these newspapers could be transformed and survive. In October 2020, Waldman launched A Replanting Strategy: Saving Local Newspapers Squeezed by Hedge Funds, proposing that these outlets be turned into non-profits or locally owned outlets, which is similar to proposals from Free Press and academic Victor Pickard.

Foundation funding has sustained hundreds, if not thousands, of small start-ups around the world and in 2020 many organizations established emergency funds during the pandemic and were inundated with eager applicants. Google News Initiative funded outlets in Latin America, Africa, Asia Pacific, Europe and the US providing grants ranging from US$5,000 to US$30,000 to 5,300 newsrooms — selected from nearly 12,000 applicants. outlets applied to their Journalism Emergency Relief Fund.

Latin American governments have done little to support journalism so it’s mostly been foundations, Google and Facebook that have stepped in to help. Facebook and the International Center for Journalists provided US$2 million in grants for Latin American outlets to help them cover covid and also to survive. In Ecuador, two universities (Universidad San Francisco de Quito and Universidad UTE) teamed up with two media outlets, El Universo and Codigo Vidrio, to win a grant from the US government to counteract Disinformation and Misinformation in the Age of Covid.

Each of the above categories offers some promise for providing more substantial and sustainable support for journalism in the future. However, none of these can stand on their own, especially as the pandemic worsens an already growing crisis. While philanthropic support has enabled hundreds, if not thousands, of media outlets around the world, more systemic support is needed.

The above examples offer some ideas. In addition, we’d like to see more donor coordination and government support aimed at keeping existing outlets alive and strengthening the local news ecosystem, rather than funding small startups that may wind up competing with each other. Our research suggests there is lots to be learned from countries around the world that provide government support for quality journalism and try to get big tech companies to help pay for news.

This article first appeared in the Columbia Journalism Review on January 13, 2021.