A University of Oxford/UNDP initiative, the survey results span 50 countries, which cover more than half of the world’s population. 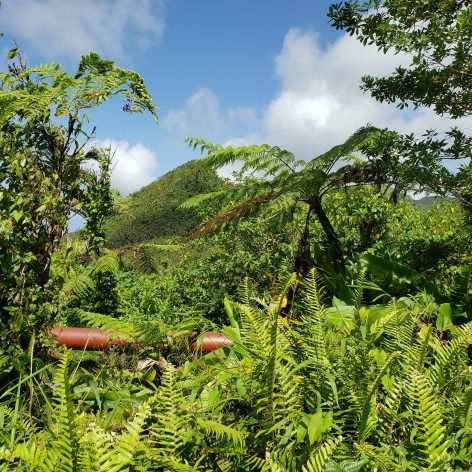 Forest on the island of Dominica. With 54% support, the conservation of forests was the most popular climate action policy selected by participants in the Peoples’ Climate Vote. It was the world's largest climate change public poll. Credit: IPS/Alison Kentish

UNITED NATIONS, Jan 27 2021 (IPS) - Between October and December 2020, something was different for people playing popular video games like Words with Friends, Angry Birds and Subway Surfers. Instead of a traditional 30-second ad, gamers across the world were invited to participate in a climate change survey. It was an unconventional way of polling that gave University of Oxford researchers an opportunity to tap into the 2.7 billion user-strong gaming market and produce the world’s largest climate change public opinion poll.

The results of the United Nations Development Programme (UNDP)-commissioned Peoples’ Climate Vote were released on January 27. They show that 64 percent of people view climate change as a global emergency, even in the context of the COVID-19 pandemic. The results included over 1.2 million people in 50 countries, which cover more than half of the world’s population.

“Mobile gaming networks can not only reach a lot of people, they can engage different kinds of people in a diverse group of countries,” said Professor Stephan Fisher of the University of Oxford Department of Sociology. “The Peoples’ Climate Vote has delivered a treasure trove of data on public opinion that we’ve never seen before. Recognition of the climate emergency is much more widespread than previously thought.”

The survey is unprecedented in both scale and diversity. It includes respondents from wealthy nations and Least Developed Countries, land locked nations and small island developing states. It also spans gender, education levels and age groups – including youth under the age of 18, a key demographic typically unable to vote in regular elections.

“People are very nervous, very scared. They are seeing wildfires in Australia and California. They are seeing category five storms in the Caribbean. They are seeing flooding in southeast Asia and they are looking around and saying ‘this is a real problem, we have to do something about this,’ UNDP’s Strategic Advisor on Climate Change and Head of Climate Promise, Cassie Flynn told a virtual press briefing.

The UNDP official pointed to a ‘groundswell of support for ambitious climate action’ by survey respondents, who were asked to select what policies they would like to see their governments prioritise. Conservation of forest and land led the climate solutions at 54 percent, followed by investment in renewable energy (53 percent), the implementation of climate friendly farming techniques (52 percent) and rolling out of green businesses and jobs (50 percent). As countries around the world develop their pledges as part of the Paris Climate Agreement, Flynn says the UNDP will work with them to ensure the voice of the people is articulated in those plans.

“The idea was that the decisions that governments are making now, whether on COVID-19 or climate, that people would be able to have a voice at the table, because these decisions will influence so many generations to come, that this is a way of bringing those voices forward,” she said.

The results showed that the leading driver of a respondent’s view of climate change is education. In every country, those with post-secondary education demanded action; with Least Developed Countries like Bhutan tying with Japan at 82 percent of respondents saying governments must act now to tackle the crisis.

Along gender lines, at 4 percent, the divide was small overall, but wide on a national level in countries like Australia, Canada and the United States, where more women and girls believe the world is in a climate emergency than their male counterparts. The opposite is true for Nigeria.

The researchers say for several governments, this is the first time they will have access to extensive, analysed data on public views on climate change and policy prescriptions.

In terms of limitations, the survey organisers say for the next phase of the survey, there must be efforts to bridge the digital divide. While this survey bucked tradition and embraced technology in polling, it left out a few key constituencies, including smaller countries and rural communities without the bandwidth and tools to participate in the survey.

2021 is seen as a crucial year for action on climate and biodiversity. One of the highlights is expected to be the UN Climate Conference scheduled for Glasgow, UK. UNDP officials say world leaders have to make unprecedented decisions that will affect ‘every person on this planet and every generation to come.’

With the results of the world’s largest climate change public opinion poll now available, they say not only has more than half the world stated its belief that climate change is a global emergency, citizens from over 50 countries have made it clear to their leaders just how they want them to solve tackle the issue.”