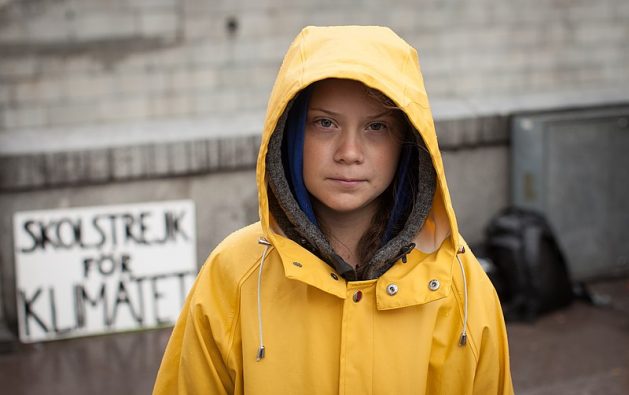 Wickramanayake was speaking at the Peacebuilding Commission high-level virtual meeting on Youth, Peace and Security, where she outlined numerous ways the commission can assist youth activists around the world — especially with their grassroots efforts.

“I hope you will consider including young people in your delegation to building commissions, consult young people in your own countries to input to your work and, most importantly, ensure the protection of young people who you decide to engage with as we have seen many incidents of retaliation against young activists by state and non-state actors for simply deciding to speak up and working with the UN,” Wickramanayake, from Sri Lanka, told the commisison.

Other speakers at the event included Mohamed Edrees, chair of the Peacebuilding Commission, Allwell O. Akhigbe of Building Blocks for Peace Foundation in Nigeria and Oscar Fernández-Taranco, UN Assistant Secretary-General for Peacebuilding Support.

Wickramanayake comments come when youth activists are facing attacks and harassment online and offline. Swedish teen activist Greta Thunberg has faced massive backlash for supporting the Indian farmers’ protests, while Indian youth activist Disha Ravi was arrested because of her activism in support of the protests.

Wickramanayake further highlighted the importance of acknowledging and promoting local grassroots organisations working in the field of youth peacebuilding.

“Young people around the world are building national coalitions, conducting baseline studies and monitoring efforts in support of youth-led peacebuilding,” she said.

She added that these organisations require “adequate, predictable and sustained” financing to thrive but this was yet to be explored.

“I would like to challenge this commission today to consider what the peacebuilding commission can do to encourage this critical support and resources at the local level where they are actually making a big difference,” she said.

Wickramanayake recommended that the commission should not only support a “substantial increase in the financial resources” for peace and security, but it should also make sure that the resources go directly to youth working on “homegrown building strategies”.

Mia Franczesca D. Estipona, from the Generation Peace Youth Network in the Philippines, also shared the importance of involving youth who are directly affected by issues such as conflict.

“In creating facilities for youth projects and capacity building for support, we must make an effort to directly engage with youths in areas affected by conflict, understand their work and how it contributes back to the community,” Estipona said. “This is highly important especially for community-based youths who have programmes and projects but cannot be sustained due to lack of access to funding and support.”

Both Estipona and Wickramanayake emphasised the importance of representation and being inclusive of marginalised youths or those whose stories are often left behind.

Wickramanayake highlighted the work of a colleague who promotes the voices of youth with disabilities and had reportedly briefed the Security Council on the situation in the Central African Republic by broadcasting the issue of youth, peace and security in sign language.

“[Their] organisation removes barriers limiting the participation of young people with disabilities in peacebuilding, actively mobilising the deaf community to act on Resolution 2250,” she said, referring to the UN Security Council Youth, Peace & Security thematic resolution that deals with the topic of youth from an international peace and security perspective.

Meanwhile, Estipona pointed out: “Many youth organisations have established strong programmes that truly represent and attend to youth who are in areas affected by conflict – their voices are most left behind.”

“We should pursue representation that truly represents and focuses on the collective efforts of youth as a community — and as a sector of society, not just as a different individual,” she said.

Other speakers at the event agreed with both Wickramanayake and Estipona.

Ambassador Rabab Fatima, the Permanent Representative of Bangladesh to the UN, said that it’s crucial to address the “distinct needs” of the youth as the world recovers from the coronavirus pandemic.

She highlighted the importance of access to education, sufficient funding, and including youth participation in peacebuilding as part of the “broader national policy framework”.

Estipona said the engagement of the youth must be sustained in various stages of the process of peacebuilding: consultation, crafting, implementation and monitoring.

“Continuity of these efforts is still a challenge because they are constantly shifting priorities of stakeholders and leadership,” she said.

In offering recommendations on how to strengthen youth participation and involvement, Wickramanayake said there must be a periodic review of the efforts to increase engagement with young people.

“Accountability is key,” she said, “[we] want to hear your strategic plan. Also think beyond security and think about the intersection of peace, sustainable development, and human rights.”

She also urged leaders to “walk the talk” – and prioritise the development of dedicated local, national and regional road maps and action plans.