NEW DELHI, India, Mar 6 2021 (IPS) - Power is an intriguing concept and it means different things to different people. In simple words, power is the ability to influence the behavior of others to get what you want. Power distribution is usually visible in most societies when there is a clear and obvious division between the roles of the men and expectations from women. One can’t talk about power without talking about patriarchy – in which men always hold the power and women are largely excluded from it. Women are almost always taught power and ambition are two dirty words, and should not be linked to their personalities.

In 2020, as the world tried to survive the global pandemic, women across the world were trying to survive a lot more along with COVID-19, also at times claiming their power and negotiating their spaces in various different ways.

In Yemen, Kawkab Al-Thaibani, a women’s rights activist and former Director of Women4Yemen Network has been pushing for women’s meaningful participation in the country’s current peace process.

“War is the face of toxic masculinity, and it will never give women space, because women are peace agents. The war in Yemen is the biggest challenge we are facing, but the lack of desire by the negotiators to include women in any talks, another challenge,” Kawkab said in an interview to IPS News.

“Yemeni women are one of the most resilient groups in the society. In this Pandemic, the businesses run by women were forced to shut down, whereas shops run by men were not. There is discriminaiton and they think businesses run by women are not important, though it’s very obvious now that it’s the Yemeni women who are leading the financial responsibility of the family,” Kawkab said.

Speaking at the Webinar organized by the IPS United Nations Bureau in mid july 2020 on the impact of Covid-19 on Women and Children, Saima Wazed, Advisor to the Director General of WHO on Autism and Mental Health, and Chairperson, Shuchona Foundation said, “Women already are subject to a double burden of duties which includes unpaid housework. The pandemic drew a common picture across cultures of women with jobs having to juggle being employee, homemaker, cook, cleaner, teacher to her children overnight. Those in the informal sector were the first ones to lose all of their choices of small income sources they may have had.”

One of the other alarming impacts of COVID-19 pandemic has been on girls’ education. “11 million girls might not return to school this year due to COVID-19s unprecedented education disruption.” According to this report by UNESCO, “This alarming number not only threatens decades of progress made towards gender equality, but also puts girls around the world at risk of adolescent pregnancy, early and forced marriages, and violence. For many girls, school is more than just a key to a better future. It’s a lifeline.”

Addressing the deeply rooted gender disparities in and through education, Yasmine Sherif, Director, Education Cannot Wait (ECW) says because of the many risks and barriers that continue to constrain girls and adolescent girls from accessing education, in context where girls are under-represented, ECW encourages its country-level partners to ensure that at least 60% of learners reached are girls and adolescent girls. “This affirmative action to address these inequalities entails promoting a ‘whole-of-child’ approach. It also considers their safety, their food security, their physical and mental health,” Yasmine said to IPS.

“COVID-19 risks damaging much of the progress towards gender equality that myself and other women activists have spent our lives working towards,” said Mary Robinson, former President of Ireland, Chair of The Elders to IPS. “We are deeply concerned that women already seem to be bearing the brunt of the socio-economic fallout from COVID-19, and that this pandemic may deepen the gender inequality rift,” said Mary Robinson.

In Turkey, in 2019, 474 women were murdered, mostly by partners and relatives and the figures in 2020, affected by coronavirus lockdowns, are expected to be even higher. “Women have been on the streets and various hashtags have surfaced, domestic violence has increased, nearly half of all the women claim that they have faced some form of physical or psychological abuse in their lives, said journalist Nazlan Ertan to IPS News.

In Bangladesh, in October 2020, citizens took to the streets, outraged by the reports of gruesome gang rapes and sexual violence that were taking place in the country. 975 women were raped in the first nine months of 2020 during the pandemic, 43 women were killed after being raped and 204 women were attempted to be raped by men in Bangladesh. 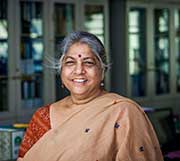 “There is a culture of impunity in the country and when it comes to accessing justice, corruption continues to be a major obstacle,” said Shireen Huq, women’s rights activist and founder Naripokkho, a non-profit organization that has been working on women’s rights and the impact of sexual violence in Bangladesh since 1983 to IPS News.

“Violence, male dominance and male aggression have existed for years, the tendency to glorify that these things didn’t happen in the past, and that it’s only happening now in our lifetime, is not true. Misogyny has been part of our culture, politics and society for centuries, especially across South Asia,” said Shireen.

In an interview to IPS News Mozn said, “Being an independent femisnist voice can cost you a lot, targeting by state actors, asset freeze, travel ban, charges of supporting women to have “irresponsible liberty”, or facing threats of charges that could bring you to life time in prisons are just a few examples.” 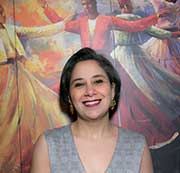 “What is happening to Nazra is a clear example of how patriarchal and conserverative individuals cannot accept feminism and feminist acts. I am only one amongst other human rights defenders who has been charged for supporting women to have ‘irresponsible liberty’. Being an activist is hard, being a feminist is harder and being a person who is not part of a social gang, even harder in Egypt. It really is a choice,” said Mozn.

In addition to these pre-existing social, political and systematic barriers to women’s participation and leadership, there are multiple new barriers that have emerged with the COVID-19 pandemic. However countries with women in leadership positions have suffered six times fewer confirmed deaths from COVID-19 than countries with governments led by men, only 20 countries have women as Head of State and Government worldwide.

The stories of strong female leaders navigating their countries through the pandemic crisis will be remembered for a long time to come, and perhaps also change the overarching narrative of what a strong leader should look and behave like – as compared to the reckless, often pompous and populist male leaders of the world. We are still a long way from fully leveraging the potential of women’s leadership, expertise and intelligence, but that’s not stopping women from taking charge.

The very nature of power is dominance, and women in their own quiet or not-so-quiet and resilient ways have sent the message out, that they are no longer willing to negotiate this space, they are simply going ahead and claiming it.

The author is a journalist and filmmaker based out of New Delhi. She hosts a weekly online show called The Sania Farooqui Show where Muslim women from around the world are invitedto share their views.