The writer is Executive Director of UNAIDS and Under-Secretary-General of the United Nations.

A woman is vaccinated against COVID-19 in the indigenous community of Concordia, Colombia. Meanwhile, UN Secretary-General Antonio Guterres repeated his call for the G20 to establish a Task Force “able to deal with the pharmaceutical companies and other key stakeholders”, which would address equitable vaccine distribution through the COVAX global initiative. Credit: WHO/Nadege Mazars

GENEVA, May 27 2021 (IPS) - In this time of intersecting crises – the Covid crisis, the HIV crisis, the inequality crisis, and more – progress on all these crises is being blocked by another crisis: finance.

Right now, most of the world’s countries are facing brutal financial constraints, during a raging pandemic, and during the biggest crisis since World War II. The majority of countries look set to slash investment in essential public services. Such austerity would be literally fatal.

As world leaders exchange proposals for joint financial action for recovery in the build-up to the series of G7 and G20 meetings fast approaching, they need to break free from the discredited and damaging financing model that is choking social and economic recovery.

It’s important to acknowledge, of course, the vital initial steps towards recovery that world leaders, including the G20 finance ministers, and the IMF council, have taken, including at the recent Spring Meetings of the World Bank and IMF. But the scale of the financial measures taken is dwarfed by the scale of need.

Put simply, if leaders do not go much further, fast, to find and allocate the finances required, the effects will include the return of levels of deprivation that we had thought we had defeated, and spiraling social and political catastrophe.

To be clear, this is not a counsel of despair, but a call to leaders to make a wiser choice, and to the public to press them to do so. The really good news is this: if the will is there, we can find the money.

On debt, leaders have agreed to extend the Debt Suspension Initiative; but they have done so only until the end of this year, and private creditors have again been merely invited to collaborate.

As a result, repayments over $30bn are set to flow from the poorest nations to banks, investments funds, Governments and multilateral banks in 2021. Only the IMF among those has announced debt relief to 28 countries.

Cancelling debt repayments of the poorest nations is essential, and vulnerable middle-income countries need approaches that allow for cancellation too.

No debt service payments should be made or asked for until the investments necessary for achieving the UN Sustainable Development Goal on health are secured.

Indebted poor countries must not be pushed into new debts to pay for vaccine imports, but should rather be allowed to produce their own at much lower cost.

The very welcome statements from key leaders on a patent waiver need to be turned into a formal decision urgently, reinforced by technology sharing by companies through the WHO. 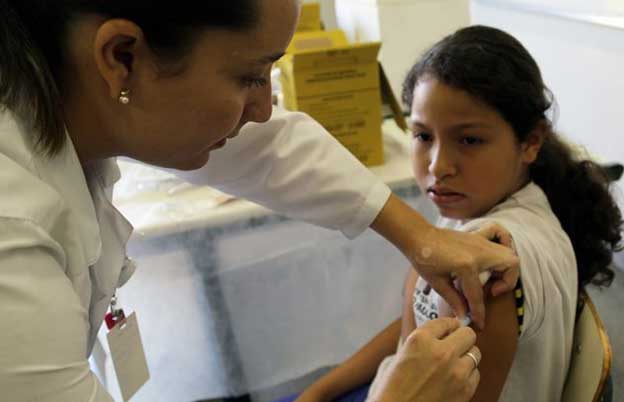 On aid by traditional donors, OECD figures report a small increase overall of barely $10 billion, a drop in the ocean compared to the $17 trillion that rich countries have used to support themselves.

No agreement has been reached on expanding ODA now when it is most needed. All developed countries should honour the pledge of at least 0.7%. A pandemic is the most damaging time to back away.

Emerging countries with a strong financial capacity must step up too with their own upgraded contributions.

On Special Drawing Rights (SDRs), the IMF currency, a historical issuance of the equivalent of $650bn has been reached. But only 3.3% of those resources, $22bn, are set to flow to Sub Saharan Africa, the region most in need. Indeed, the amounts that low-income countries are set to receive through the SDR issuance are smaller than the unsuspended external debt repayments scheduled for 2021.

That would indeed represent the largest ever financing for development operation; but that scale of action is what our current scale of crisis requires.

Of course, what countries most need is to grow their own domestic resourcing. Right now, we lose a nurse’s yearly salary to tax havens every second.

World leaders’ dialogue on tax evasion has been rightly acknowledged as historic, with proposals to establish a minimum global corporate tax, something that would enable billions in public investment across countries, seriously reducing extreme inequality.

An agreement will be under discussion soon at the G20 and with the OECD. Leaders need urgently to move from discussion to agreement and action.

We need a compact that includes taxation on excess profits, wealth, and negative climate impacts, invested to fund the scrapping of user fees and the expansion of health and education so that they are finally experienced as universal rights.

Global pandemic preparedness, stability and prosperity all require us to fight inequality.

Gordon Brown´s proposal for G7 countries to immediately share the burden of the $60 billion needed in funding for vaccines and vital medical supplies, diagnostics and medical oxygen is both essential and achievable – now.

It would kickstart recovery for every country and could help set the world on a pathway to a new approach to global financing.

The Covid-19 crisis has seen a transfer of wealth from workers to billionaires of almost $4 trillion. This moment could, like other crises before, become a moment for rebuilding a fairer world – but only if we seize it.

Achieving a more equal world is essential for our health. The financing solutions are there. The principal challenge is not technical, it is courage.