The original article was published on February 19 2021 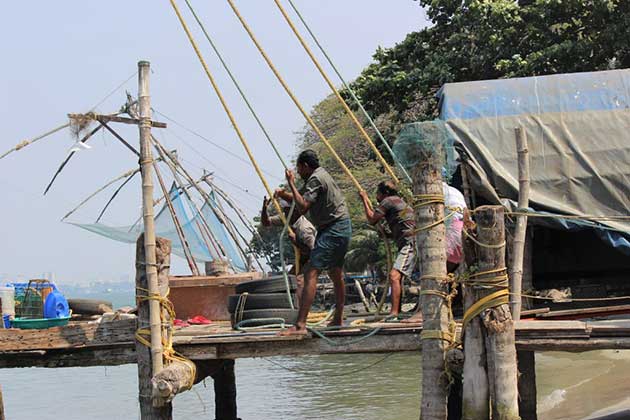 BHUBANESWAR, India, Feb 19 2021 (IPS) – “Our war on nature has left the planet broken. This is senseless and suicidal. The consequences of our recklessness are already apparent in human suffering, towering economic losses and the accelerating erosion of life on Earth,” António Guterres Secretary-General of the United Nations said.

“By transforming how we view nature, we can recognise its true value. By reflecting this value in policies, plans and economic systems, we can channel investments into activities that restore nature and are rewarded for it,” the UN Chief told the media while releasing a UN Environment Programme’s (UNEP) major new report.

‘Making Peace with Nature: A scientific blueprint to tackle the climate, biodiversity and pollution emergencies’ lays out the gravity of Earth’s triple environmental emergencies of climate, biodiversity loss and pollution but provides detailed solutions too by drawing on global assessments, including those from the Intergovernmental Panel on Climate Change and the Intergovernmental Science-Policy Platform for Biodiversity and Ecosystem Services, as well as UNEP’s Global Environment Outlook report, the UNEP International Resource Panel, and new findings on the emergence of zoonotic diseases such as COVID-19.

Without nature’s help we will not thrive, not even survive

“Without nature’s help we will not thrive, not even survive,” Guterres cautioned.

The UN chief was, however, particularly hopeful climate and biodiversity commitment will see progress as he is set to welcome United States back to the Paris Agreement today, Feb. 19.

“Before the COVID-19 pandemic, 2020 was emerging as a moment of truth for our commitment to steer Earth and for our commitment to steer Earth and its people toward sustainability. (But) loss of biodiversity and ecosystem integrity, together with climate change and pollution will undermine our efforts on 80 percent of assessed SDG targets particularly in poverty reduction, hunger, health, water, cities and climate,” Anderson said.

Christian Walzer, Wildlife Conservation Society (WCS) Executive Director for Health Programs and one of the co-authors of the Making Peace with Nature report, told IPS via email: “Intact and functioning nature is the foundation on which we must build back better. Trying to separate economic recovery from healthy environments and climate change neglects the essential fact that the solutions to these crises are tightly interconnected and reinforce each other.”

He underlined how ecosystem degradation heightens the risk of pathogens making the jump from animals to humans, and the importance of a ‘One Health’ approach that considers human, animal and planetary health together. Walzer is a veterinarian who leads on One Health issues across the world.

Economic growth has brought uneven gains in prosperity to a fast-growing global population, leaving 1.3 billion people poor, while tripling the extraction of natural resources to damaging levels and creating a planetary emergency. Subsidies on fossil fuels, for instance, and prices that leave out environmental costs, are driving the wasteful production and consumption of energy and natural resources that are behind all three problems.

Guterres pointed out how governments are still paying more to exploit nature than to protect it, spending 4 to 6 trillion dollars on subsidies that damage environment. He said over-fishing and deforestation is still encouraged by countries globally because it helped GDP growth, despite drastically undermining livelihoods of local fishers and forest dwellers.

In the current growth trajectory despite a temporary decline in emissions due to the pandemic, the earth is heading for at least 3°C of global warming this century; more than 1 million of the estimated 8 million plant and animal species are at substantially increased risk of extinction; and diseases caused by pollution are currently killing some 9 million people prematurely every year. 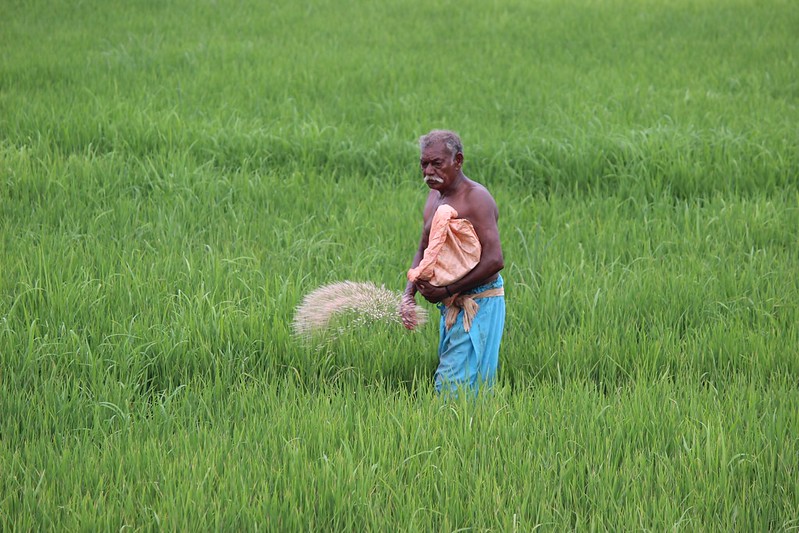 A farmer in Kerala’s hinterlands applies chemical fertilisers to his rice paddies. Large areas under unsustainable agricultural methods world-over in a drive for higher food production has damaged the environment. Scientific climate friendly methods are available and are equally productive.
Credit: Manipadma Jena/IPS

The blueprint for solutions

The authors of Making Peace with Nature report assess the links between multiple environmental and development challenges, and explain how advances in science and bold policymaking can open a pathway towards the achievement of the Sustainable Development Goals by 2030 and a carbon neutral world by 2050 while bending the curve on biodiversity loss and curbing pollution and waste.

Taking that path means innovation and investment only in activities that protect both people and nature. Success will include restored ecosystems and healthier lives as well as a stable climate.

Amid a wave of investment to re-energise economies hit by the COVID-19 pandemic, the blueprint communicates the opportunity and urgency for ambitious and immediate action. It also lays out the roles that everyone – from governments and businesses to communities and individuals – can and must play.

“2021 is a make-it or break-it year, a mind-shift year,” said Guterres. 2021, with its upcoming climate and biodiversity convention meetings, is the year where governments must come up with synergistic and ambitious targets to safeguard the planet.

To turn the tide of current unsustainability, the UNEP blueprint has several recommendations some of which include that governments include natural capital while measuring economic performance of both countries and businesses, and putting a price on carbon and shift trillions of dollars in subsidies from fossil fuels, non-sustainable agriculture and transportation towards low-carbon and nature-friendly solutions.

It is high time, the report advises, to expand and improve protected area networks for ambitious international biodiversity targets. Further, non-government organisations can build networks of stakeholders to ensure their full participation in decisions about sustainable use of land and marine resources, the report recommends.

Businesses can adopt the principles of the circular economy to minimise resource use and waste and commit to maintaining transparent and deforestation-free supply chains.

Individuals can reconsider their relationship with nature, learn about sustainability and change their habits to reduce their use of resources, cut waste of food, water and energy, and adopt healthier diets. two-thirds of global CO2 emissions are linked to households. “People’s choices matter,” Guterres said.