SEOUL, May 13 2021 (IPS) - In one particularly bloody day in March, Myanmar’s security forces shot and killed at least ten children, some as young as 6, in violent crackdowns against peaceful protests. Since the military seized control over the country three months ago, more than 50 children have been killed, countless others injured, and more than 900 children and young people arbitrarily detained across the country.

Security forces have also occupied more than 60 schools and university campuses, exacerbating the education crisis for almost 12 million children. This week, as we mark 100 days since Myanmar’s military seized control of the country, the chaos and devastation show no signs of slowing.

The Myanmar military’s blatant disregard for children’s lives is nothing new. Known as the Tatmadaw, they forced hundreds of thousands of Rohingya civilians into Bangladesh, the majority of them children, in 2016-2017. I had called this “the hallmarks of genocide”.

As the former UN special rapporteur on human rights in Myanmar and a founding member of a new Special Advisory Council on Myanmar, I have seen first-hand the devastating consequences of the Tatmadaw’s brutal tactics on children’s lives

The UN secretary-general has documented the Tatmadaw’s grave violations against children across the country year after year, including killing and maiming, sexual violence, and attacks on schools and hospitals. Currently, many schools and hospitals have been seized by the Tatmadaw. And at least three high schools were bombed last month, according to groups in Karen state.

As the former UN special rapporteur on human rights in Myanmar and a founding member of a new Special Advisory Council on Myanmar, I have seen first-hand the devastating consequences of the Tatmadaw’s brutal tactics on children’s lives.

I have seen children who survived being thrown into fire by the Tatmadaw. It sent chills down my spine when a mother told me she had to leave behind her baby who had been thrown into a river, because she had to see to the safety of her other children in their exodus into Bangladesh. I heard many more similar testimonies.

Since 2003, the secretary-general has included the Tatmadaw for recruitment and use of children in his ‘list of shame’—an annex to his annual report on children and armed conflict where he names those responsible for grave violations against children. Listing is an important accountability tool since it names the perpetrators, draws the UN Security Council’s attention, and opens the door to engagement with the UN to end abuses.

But in June 2020, Secretary-General António Guterres removed the Tatmadaw from his list for recruitment and use of children, even though in the same report, the UN had documented 205 cases where the Tatmadaw had recruited or used children in its ranks in the preceding year.

Having reported on human rights concerns in Myanmar for many years, I can say with certainly that despite Myanmar’s pledges to stop recruiting and using children in conflict, the Tatmadaw never ceased the practice. It was also a known fact that in order to leave the Tatmadaw, a regular soldier had to recruit two children to replace him, as term limits for service were vague. 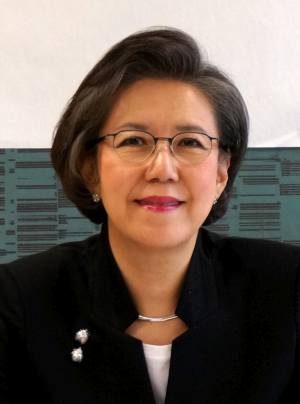 At the time, the secretary-general said he delisted the Tatmadaw due to “continued significant decrease” in recruitment and ongoing efforts to prevent new recruitments and release any remaining children in its ranks. He also said that the delisting was conditional and that failure to end recruitment and use would result in relisting. Prematurely removing parties like the Tatmadaw from the list—and this was not an isolated case—threatens the credibility of the list, a critical mechanism for protecting children and holding their abusers accountable.

Being removed from the list seems to have emboldened the Tatmadaw to commit even more violations. In the first half of 2020, the Tatmadaw used 301 boys in support functions such as military camp maintenance and digging trenches. And in October 2020, two boys were killed after a Tatmadaw unit allegedly used them as human shields, in an incident that the UN publicly condemned.

As protests across Myanmar continue, armed conflict is escalating between the military and ethnic armed groups. Children will face even greater risk, so the Security Council must urgently act to stop the military in its tracks. Instead, the Council seems hard pressed to reach consensus due to China and Russia’s opposition to strong measures such as an arms embargo.

The 2020 delisting of the Tatmadaw was inexplicable and unjustifiable given the military’s conduct. Now Secretary-General Guterres has an opportunity to set the record straight. In a few weeks, he will release his 2021 report and list of perpetrators.

He should return the Tatmadaw to the list for its recruitment and use of children. In light of the military’s total disregard for children’s rights, this is a concrete action he must take to hold the Tatmadaw accountable for its crimes against children.

Yanghee Lee is Professor in the department of Child Psychology and Education at Sungkyunkwan University in Seoul. She is former chair of the Committee on the Rights of the Child and former UN special rapporteur on the situation of human rights in Myanmar.