Print |
A confusion of the real with the ideal never goes unpunished.
Johann Wolfgang von Goethe 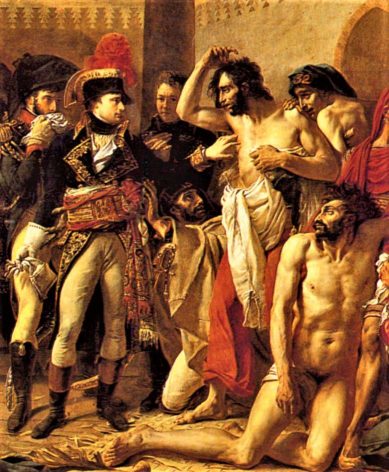 STOCKHOLM / ROME, Jun 24 2021 (IPS) - By the end of April 2019, a government campaign to vaccinate more than 40 million children under five against polio in Pakistan was suspended after a series of attacks on health workers and police. On 23 April, a police officer protecting polio workers was gunned down in Bannu, the same day a polio worker was in Lahore seriously wounded by a father “protecting his child from vaccination”, these incidents were followed by the murder of another police and a health worker under his protection. Health workers were also seriously wounded in the districts of Sindh, Balochistan and Punjab. Afghanistan and Pakistan are the only countries where polio remains, in all other nations of the world vaccination campaigns have eliminated the disease. In April this year, three female polio vaccine providers were killed in Afghanistan.

It is Islamist militants, urged on by fanatic preachers, who oppose polio vaccination, claiming it is part of a “Western conspiracy” to sterilise Muslim children. As in all religions, we find in Islam fanatics who erroneously claim that their holy scriptures demand them to carry out odd and even abominable acts, like killing health workers trying to protect their human fellow beings.

Since it does not explicitly mention medical treatment, the Quran cannot be used for anti-vaccination propaganda. However, several hadiths (collections of words and actions by Prophet Muhammad) mention the Prophet’s views on healthcare and none of them can be interpreted as being opposed to vaccination. The most commonly quoted utterance of the Prophet concerning medicine comes from hadiths collected by Sunan Abī Dāwūd (d. 889 CE): “Make use of medical treatment, for God has not made a disease without appointing a remedy for it, with the exception of one disease, namely death.”

Contemporary Muslim scholars, like the members of The International Islamic Fiqh Seminar have established that “the use of the current vaccines against COVID-19 is permissible in Islam, and their use becomes obligatory upon everyone, if the authorities oblige to do so, thus Muslims are obliged to be respectful and obedient to the instructions of their authorities, especially with regard to issues related to the public interest, particularly the protection of life.”

The senseless murders of health workers indicate an unfortunate connection between healthcare, religion and politics, which create absurd convictions that bring misery and death to others. A tragic development also evidenced by misguided, populist politics connected with COVID-19, which instead of “believers and infidels” have emphasized a concept that may be described as “the West and the rest”. A view that certainly is different from the one of religious fanatics killing vaccinators, but which nevertheless indicate how beliefs may distort reality

Even a wealthy and fairly well organized country like Sweden has been affected by chauvinism connected with COVID-19. Measures to mitigate COVID-19 have been connected with nationalism when homage was paid to a “uniquely Swedish” approach to COVID-contagion. Public veneration of the influential State Epidemiologist Anders Tegnell went during the heights of the pandemic far beyond common trust and for many he became an idol, widely admired for his recommendations to keep schools, restaurants and shops open, while assuring his fellow citizens that wearing of face masks was unnecessary. Journalists and trendsetters, who otherwise would cringe at any sign of nationalism, praised Tegnell as an incarnation of Sweden’s soul and stamina and his office was flooded with flowers sent in from grateful citizens. All this played into the hands of chauvinist politicians who exploited nationalistic feelings to convey their xenophobic messages.

Signs of similar trends are appearing all over the world. The United Kingdom and the U.S. have, at least initially, applied different strategic responses than most of their European allies and it was not uncommon to hear references to these measures as being based on a conception that Anglo-Saxon cultures are “exceptional” and even superior. In Japan, Bushido, the Way of the Warrior, is used as an overarching term for codes, practices, philosophies and principles of the samurai culture and has by Japanese nationalists been referred to as an admirable aspect of their “unique” society. Self-congratulating media declared that the “bushido spirit” contributed to Japan’s resilience to COVID-19, just as South Korea’s successful efforts to combat the disease has been referred to a more recent, but similar national trait – Ssauarbi.

In Italy the rapidly growing political party The Brothers of Italy, as well as The Northern League, are repeatedly associating the COVID-19 crisis with immigration, accusing the Italian government of applying a double standard in favour of immigrants, while penalizing Italian businesses and freedom of movement. The Hungarian Prime Minister Viktor Orbán has hailed the Brothers of Italy’s leader Giorgia Meloni as a role model for European Conservatives, expressing hopes for a future collaboration to “defend Italians against migration flows and protect traditional family and Christian culture.”

Among his compatriots Orbán has, like many other populist leaders, depicted himself as the sole leader capable of battling COVID-19, enticing public opinion to support him in his efforts to defend “Hungarian values”. On the 30th of March 2020, the Hungarian Parliament voted in favour of creating a state of emergency granting Orbán to rule by decree, implementing prison sentences “for spreading fake news” and sanctions for leaving quarantine. Two and a half months later the state of emergency ended. However, the same day a new law was passed removing the requirement of parliamentary approval for future “medical” states of emergencies, allowing Orbán’s government to declare them by decree.

Orbán, and other populist leaders, like Brazil’s Jair Bolsanero and India’s Narendra Modi, trust that their charisma and popularity among certain sections of society allow them to appear as role models and champions while confronting COVID-19. An illusion that might prove to be dangerous, both for them and their fervent supporters.

Lulled into complacency by declining infection rates, Modi acted as if he had won the battle against COVID-19. A delusion which combined with hopes for winning the next general elections gave rise to a series of critical mistakes. Instead of focusing on concerted measures to vaccinate all citizens and provide sufficient supplies to the health care system, Modi turned his attention to winning state elections and permitted massive political rallies without ensuring any COVID protocols. At the same time he continued trying to satisfy his Hindu base, for example by allowing the Kumbh Mela to take place. This is a Hindu major pilgrimage and festival celebrated in a cycle of approximately 12 years, when millions gather at the four main river-bank sacred sites; Allahabad (Prayagraj), Hardiwar, Nashik and Ujjain. This year, most pilgrims defied protective masks and social distancing. Furthermore, religious leanings have induced Modi to concentrate his messages to Hindu believers and his party has not shied away from blaming Muslims for spreading COVID-19.

Modi exposes a tendency to disregard science and advice from experts, while surrounding himself with religiously motivated people. The Indian Prime Minister has approved of the creation of a Ministry of Ayush to promote alternative medicines, such as ayurveda, naturopathy and homeopathy and his government has called for more research into the medicinal properties of milk, dung, and urine from indigenous Indian cows. Several members of Modi’s government have in their official capacities been promoting false, and even harmful remedies. One example among many is Surendra Sing, member of Uttar Pradesh’s Legislative Assembly and Modi’s Bharatiya Janata Party. Last month, Surendra claimed that consuming gaumutra (cow urine) every morning on an empty stomach would “guarantee” protection from the novel variant of the coronavirus, which now is spreading fast across the subcontinent.

The reckless behaviour of leaders like Orbán, Bolsanero and Modi is appalling, in particular since it is combined with extreme narcissism and assurances that the unique values of their nations will save the lives of their inhabitants.

A leader’s task cannot be to stir up animosities and foment political objectives that benefit him/herself. Instead they ought to use their powers to support those who need help, mitigate catastrophes, and assure that forward-looking measures are in place to avoid them. For the well-being of all citizens, political leaders cannot be allowed to disregard the responsibilities imposed upon them and which they have sworn to accomplish. True leadership is a commitment that means putting the best interests of everyone first and forget about personal benefits.