BONN, Jun 4 2021 (IPS) - You want to breathe fresh air and have access to clean water? I guess you do, just like all of us. As populations in the so-called developed countries, we love to go for holidays in places where on high mountains you get to breathe deeply and enjoy the fresh air, where the oceans or lakes are clean and refreshing. And how do we arrive there? Mostly by airplanes or cars, polluting the air whilst travelling to the desired destinations, causing harm to people and the planet. Interestingly, many people today, calculate their flight’s CO2 footprint and pay a certain amount of money to invest in renewable energy projects, in order to feel better about their travelling and to receive tax deductibility (depending on regulations of their country). 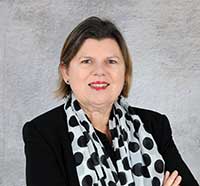 Why do I focus today on fresh air and clean water? It is the moment of the World Environment Day. Since 1974, once a year we commemorate this. This year, 2021, the United Nations General Assembly is proclaiming the UN Decade in Ecosystem Restoration (2021-2030), referring to the achievement of the 2030 Agenda for sustainable development. The United Nations Environmental Programme proclaims: 10 years to heal the planet. But will this really happen? Will commemorating, talking, uttering concerns, meeting in conferences and setting deadlines be enough to ultimately restore the endangered ecosystem? Until today, I do not believe in it yet. Why? From my point of view, words will have to be transformed in actions in order to ignite change.

I am writing this short article on June 3rd 2021, just having studied the press release of the Court of Justice of the European Union on a judgment with respect to environmental questions, focussing on clean air. The Court ruled that “between 2010 and 2016, Germany systematically and persistently exceeded the limit values for nitrogen dioxide (NO2)”, infringing “its obligation to adopt appropriate measures in good time to ensure that the exceedance period is kept as short as possible in the 26 zones concerned”. The Directive 2008/50/EC of the European Parliament and of the Council of 21 May 2008 on ambient air quality and cleaner air for Europe Air has not been respected, providing in respect of nitrogen dioxide an annual average limit value of 40 µg/m3 and an hourly average limit value of 200 µg/m3 as from 1 January 2010, allowing the limit to be exceeded less than 18 times a calendar year.

What happened, where and why? The underlying basis of this European directive is the idea that air, being a natural resource, is a global common good. We share the air on this planet, every human being, living and breathing, every animal, every plant. Air, being easily available to all individuals, animals and plants, can and is being polluted by some individuals in an excessive manner, causing harm to others, be it mankind or species. Therefore, there is a common responsibility for all of us on how to use this natural resource. For Europe, the relevant institutions have acknowledged this fact and imposed on European member states the task to protect the air by means of a directive, giving space to implement the provisions in national law within a certain timeframe.

But what happened in Germany instead? Lawgiving had taken place on a high level, but the law was not respected, implementation (the task of the national government) did not occur on time. Especially car drivers using harmful diesel were still circulating in the cities and regions which should have been protected, e.g., Stuttgart, Berlin and Frankfurt. These few drivers did affect many pedestrians, which could have been elderly people, parents with little children, cyclists or simply me and you, walking around on the streets, not emitting any damaging gases. And these emissions were dangerous for animals and plants, too.

To put it clearly: I am not asking not to drive in a city. However, the well-being of those persons not emitting dangerous gases should be protected first, as these persons and their lives matter. The use of fossil fuels should come to an end if it threatens others so much and if new technologies such as green electricity or hydrogen could be used instead. It is the responsibility of leaders in our governments to offer the incentives to energy consumers, taking into account the consequences of using the global common resources that all species need for survival. Governments have acknowledged this responsibility many times: We have laws and resolutions, high-ranking individuals advocating for ecological correct behaviour, you name it. But, in reality, we do see that progress comes quite slowly.

The COVID 19-crisis, as bad as it is on a global scale with millions of victims, is asking us to change life-styles in a sustainable way. This could be a chance for global common resources, e.g., the air as the most prominent one. Less pollution by traffic, less flights, less travelling, investments in green technologies and using digitization in intelligent ways could help to “build back better”, respecting the needs of all people and the planet. And the principle that the polluter is liable for the damages must be respected, finally.

Leaders in governments, civil society and businesses are challenged now – less air pollution is a powerful start, because air is our basis for ecological restoration, needed every moment that humans or animals breathe or photosynthesis takes place. Let us all push to adopt a sustainable lifestyle to protect the needs of current and future generations. The momentum is there!