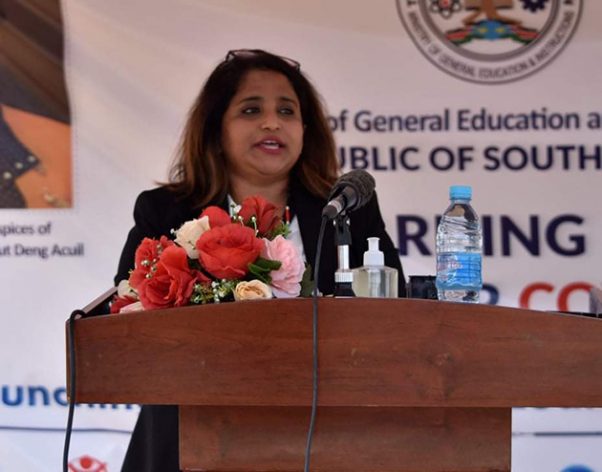 Rama Hansraj, a Dalit, grew up in a humble railway colony in Secunderabad. Huma Khan, a Muslim, born and raised in the controversial north Indian city of Faizabad, now Ayodhya, home to the demolished Babri Masjid. Both agree their personal experiences of experiencing and seeing discrimination in India and the world led to their decisions to work in the international humanitarian field in conflict zones.

The women are activists and feminists who, through their experiences of struggle and years of work with India’s most marginalised, decided to work in geographies and contexts which ordinarily many would avoid.

“What else do you expect someone, who has grown up five kilometres (three miles) away from the disputed Babri Masjid site in an atmosphere of constant conflict and communal strife, to want to pursue?” says Khan in an exclusive interview with IPS. She was answering a question on why she chose to work in countries like Iraq and Afghanistan instead of choosing a more comfortable position.

In her last role in South Sudan, Khan was the senior women’s protection advisor, leading the section on conflict-related sexual violence at the United Nations mission in South Sudan (UNMISS). She is now a senior human rights adviser to the UN in Bangladesh.

Hansraj, country director of Save the Children in South Sudan, shared with IPS how her work on the ground in India and her interactions with the development sector motivated her to take up positions outside the country and institutions with decision-making powers.

“For us Dalits, access to basic facilities like education and land is a challenge. We face discrimination even in disasters,” she says while sharing her experience of working post-Tsunami in India.

Here she saw how Dalits, affected by the disaster, were not even allowed to stand in the same queue as others to receive basic aid.

“We started working on developing donor principles in disasters, highlighting the fact that they need to look at the vulnerabilities within the response and how the beneficiary selection needs to be more inclusive. That is when I saw that not working in these bigger organisations was not going to help us,” recalls Hansraj.

Khan spent many years in Gujarat as an independent activist living in resettlement colonies after the communal violence of 2002. There she worked to help rebuild communities and assist in the case of a gang rape survivor. Her lived experiences made her “unapologetically Muslim”.

She recalled how she refused to share the stage at an event organised by an international NGO where women were made to “unveil” as a symbol of freeing them. 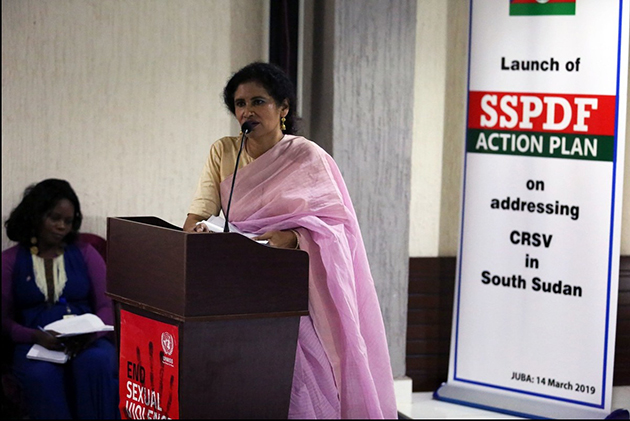 “It was a month after 9/11 that I had a study-cum-work trip planned to the US which I did not want to cancel,” Khan says. “I have had an object thrown at me and been called ‘Taliban’ while walking down a street in the US because I had covered my head to escape the cold.”

Hansraj has been part of anti-caste movements for as long as she can remember, and shared caste discrimination crosses borders and continents and is not only an “Indian problem”.

“Caste travels where Indians travel, and the international development sector is no exception. Indians abroad always assume I am upper caste, because otherwise how could I be in such high positions, being a Dalit,’ she says with sarcasm.

Both Hansraj and Khan were Ford Foundation fellows and got their initial international academic exposure with the fellowship.

One of the driving factors for both moving from India to take up challenging positions in countries like Yemen (for Hansraj) and Darfur and Afghanistan (for Huma) was their disappointment with the development sector in India and its treatment of Muslim and Dalit communities.

“Even if you’re working for a Dalit organisation, the funding decisions were still with those upper caste people sitting in the international NGOs, who basically made decisions for us,” says Hansraj.

“Even today, most positions of power in the development sector are occupied by upper caste individuals who decide what to fund and what not to, instead of letting us decide on our own issues.”

Khan, who co-founded the feminist rights and advocacy group AALI in India, also felt the space to grow, especially for a Muslim woman in the development sector in India, was shrinking, with those who occupied powerful positions continuing to do so for decades.

Both women worked in South Sudan for close to three years. When Khan left the country late last year, she became a senior human rights adviser to the UN in Bangladesh. Hansraj continues to head Save the Children in South Sudan.

South Sudan is the youngest country globally, gaining its independence from the Republic of Sudan in 2011. The country experiences constant instability and conflict since then.

Both Khan and Hansraj, in leading roles, have held interactions, negotiations and led advocacy and action-oriented processes with the leadership in the country, with tribal chiefs and community elders alike.

Constant armed rifts and coming face to face with former armed groups where negotiations were needed to either release abducted women or children, or both did not deter them.

“My team and I were able to facilitate the process of the release of women who were abducted, many as sexual slaves, in the Western Equatoria region of South Sudan. To deal with the leadership in the capital city of Juba was one thing, and to negotiate with the commanders on the ground had challenges of threat for us and especially for those women,” recalls Khan. The negotiation led to the release of dozens of women and children, many of whom were subjected to repeated rape, sexual slavery and forced marriage by members of the Sudan People’s Liberation Movement-in-Opposition (SPLM-IO).

“For me, my identity and my experiences as a marginalised person mean I can identify myself with conflict-affected communities and communities that have been deprived of their basic freedoms, like South Sudan, ” says Hansraj.

Hansraj shared how she lived in constant fear of being raped when she was in the country in 2015-2016, having witnessed compound break-ins and rampant sexual violence.

Hansraj feels she imported herself into a context, which is so similar and heart wrenching that sometimes she finds herself caught between emotions and practicalities.