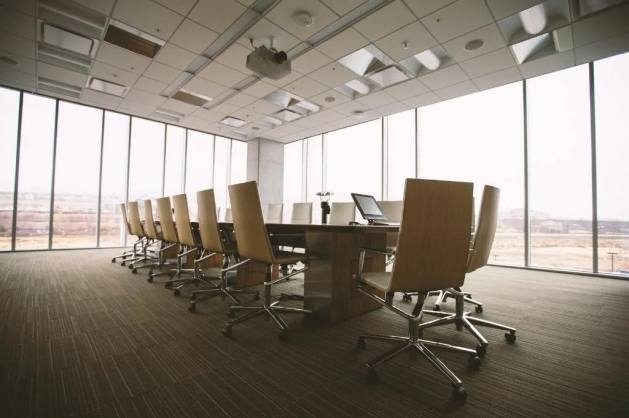 A platform or support network to champion women with entrepreneurial ambitions and facilitate the exchange of ideas, information, and capital needs to be set up. Credit: Unsplash

Jul 30 2021 (IPS) - Muslims are the largest minority community in India, and yet, they are highly underrepresented both in public and private institutions. According to a study conducted by the Economic Times Intelligence Group in 2015, Muslims constituted approximately 2.7 percent of mid to senior executives in the private sector. As of April 2018, only 1.33 percent of officers in the central government, holding the rank of joint secretary and above, were found to be Muslims.

Internal to the Muslim community are factors that are in the immediate environment of its women. These include lack of education, social norms, and more, that keep women out of the public space and away from leadership roles in the workforce. Additionally, narratives around Muslims in India tend to focus on poverty, illiteracy, and conviction rates.

And, reportage on Muslim women in India is inextricably linked to either the triple talaaq law or Kashmir. This further enforces certain stereotypes and prejudices that act as roadblocks for the community and leads to discrimination.

Muslim women have always been caught between political considerations and personal marginalisation. Internal factors, too, require systemic changes and are limited until external factors are corrected. However, certain shifts in existing structures can help create space for young Indian Muslim women.

What will it take to change this?

A report from the National Statistical Office reveals the extremely poor literacy rate among Muslims and the severity of their academic marginalisation in India. It points out that Muslims have the highest proportion of youth (ages 3-35 years) who have never enrolled in formal education.

The report also states that the Gross Attendance Ratio (people attending a level of education as a proportion of the population of the group) of Muslims is the lowest—100 percent in primary education—among various social and religious groups in India, and drops to a mere 14 percent in above-higher secondary courses. One step in the right direction would be to expand the scope of the Right to Education Act of 2009—which ensures compulsory primary education—to include secondary and higher education as well.

While the overall literacy rates for Muslims are abysmal, the report reveals a visible gap between male and female percentages as well. According to the report, the male literacy rate in India is 81 percent whereas the female literacy rate is 69 percent. An unpublished study1 draws parallels between Muslim and Hindu women, stating that women from both communities tend to have lower levels of enrollment as compared to men in Indian society because of various economic and cultural factors.

However, Muslim women also face discrimination in schooling because of their religious affiliation and are less likely to enrol in school compared to Muslim men. Policy changes for the community to encourage Muslims, especially women, to continue their studies and eventually seek employment, therefore, require rigorous and sustained efforts.

Levelling the playing field for women professionals is key. It becomes essential, therefore, for organisations to follow the Equal Opportunities policy. The Indian Constitution mandates the prohibition of discrimination on grounds of religion, race, caste, sex, or place of birth, and mandates equal opportunity in matters of public employment. In India, companies like Nestlé India and DELL, have committed themselves to create a work environment free of discrimination and harassment for their employees.

A platform or an informal, inclusive support network to champion women with entrepreneurial ambitions and facilitate the exchange of ideas, information, capital, and counsel needs to be set up. This should include local women-only networking programmes at a village, panchayat, and city-level to spur entrepreneurial engagement and participation. In addition to this, private and public partnerships that are government-led should help provide direct access to technical and business counselling.

Celebrating women role models through cross-media campaigns by national and state governments can help eliminate stereotypes, build community, and celebrate the successes of Indian Muslim women. This can also be translated to the private sector through a sectoral campaign that brings female professionals and entrepreneurs into the mainstream. This would help young Indian Muslim women identify potential mentors and empower them to continue on their journey, from education to employment.

In order to implement this broad framework, women leaders in the public and private sectors will need to come together to change the current situation. Recognising the need to create a formal network for Indian Muslim women is what led us to establish Led By Foundation—a leadership incubator for Indian Muslim women, to help them be gainfully and meaningfully employed, while also providing them with an ecosystem of support and recognition.

Through our work, we’ve interacted with numerous women who have the ambition, aptitude and aspiration to succeed. However, they lack the avenues—platforms to learn, share and encourage, access—the network, agency, and role models who have paved the path to success.

While we understand that the journey to changing this status quo may be slow and arduous, it is certainly not impossible. In our end state, racial equity—equal representation, economic, social, and political empowerment—will be achieved, and Muslim women will have multiple seats in boardrooms, in mid-level executive positions, in educational institutions, and more.

Deepanjali Lahiri is an experienced project management professional with more than 13 years of experience across IT, retail, and FMCG. With a degree in hotel management, she has spearheaded large-scale business projects to establish strategic directions for companies in the growth and acceleration stages. She is passionate about working with organisations and individuals to create a seat at the table for those who need a voice of support and to be a champion of change.

Dr Ruha Shadab graduated from Harvard Kennedy School as a Harvard Public Service Fellow. She has worked as a doctor in low-income neighbourhoods in Delhi, as well as with the Government of India, on systemic issues of healthcare. She established Led By Foundation, a social enterprise that provides professional training and mentorship to Muslim women college students, to inspire the next generation of female change-makers. She believes that for a community to be heard, it first needs to speak up.