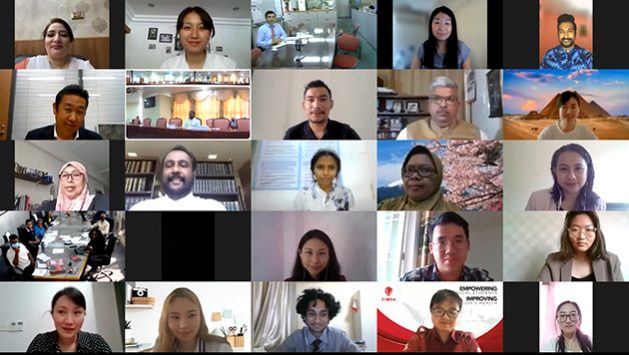 Some of the delegates at the Intergenerational Dialogue of the Asian Parliamentarians and Youth Advocates on Meaningful Youth Engagement. Credit: APDA

JOHANNESBURG, South Africa, Jul 12 2021 (IPS) - Youth advocates from Asian countries called for an overhaul of a system that excluded young people from participation in policymaking.

During an interaction with parliamentarians from 23 countries, youth representatives considered an enabling political framework to be the most crucial reform required to remove inequities.

More than 100 youth representatives and parliamentarians participated in an Intergenerational Dialogue of the Asian Parliamentarians and Youth Advocates on Meaningful Youth Engagement. The webinar was organised by the Asian Population and Development Association (APDA) and supported by United Nations Population Fund (UNFPA) and Y-PEER Asia-Pacific Center.

Hitoshi Kikawada, Secretary-General of Japan Parliamentarians Federation for Population (JPFP), welcomed the delegates at the “innovative” dialogue, which would serve as a platform for “listening to the voices of young people, incorporating the needs of younger people and building a better future.”

Björn Andersson, Regional Director of UNFPA, said the dialogue would give impetus to the sentiment “nothing about us, without us”.

“Too many young people are still being left behind significantly. Inequality and inequities still exist, particularly in education, employment, access to services and political participation,” Andersson said, adding that the impact of COVID-19 had exacerbated the challenges and inequalities.

Migrants, young people in poor urban areas, girls and young women, people with disabilities, members of the LBTQI+ community, and those living with HIV all faced higher exploitation, violence, and mental health issues. They had poor access to health services and protection.

Youth needed to be involved in all stages of policy development, from design, planning, and implementation to evaluation, Andersson said.

Youth representative Situ Shrestha reported the results of a quick survey which showed that more than 50 percent of the respondents said they “not involved in any kind of consultation or dialogue with government at any level.”

She said there was a lack of good platforms for youth engagement, ineffective communication, and often youth did not trust government policies. Only meaningful engagement could reduce these gaps, Shrestha said. 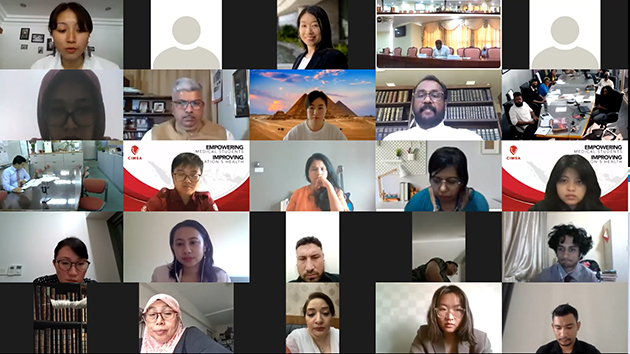 Some of the delegates at the Intergenerational Dialogue of the Asian Parliamentarians and Youth Advocates on Meaningful Youth Engagement. Credit: APDA

As lawmakers, there were attempts to ensure youth engagement in the parliamentary process – through internships for university students. She said as a member of the human rights standing committee, she was also concerned about the isolation of the transgender community.

She welcomed an international collaboration and expressed concern about the impacts of COVID-19 protocols, which included lockdowns where the mental health issues became prominent and violence, drugs, and other social problems increased.

“Not only are they on the frontlines as health workers, but they are also advancing health and safety in their roles as researchers, as activists, as innovators, and as communicators,” Dulip said. Decision-makers should consider this and commit to ensuring youth voices are a part of the solution for a healthier and safer society.

Likewise, Sri Lankan parliamentarian Hector Appuhamy called on countries to use the innovative nature of youth to their economic benefit – and believed the youth parliament would be the most helpful mechanism.

Youth should be involved in critical decision-making Siva Anggita from Indonesia said. This included access to budgets – whether national or district to ensure that programmes for their development were funded.

Anggita was concerned that where young people were included in political participation, it “wasn’t a secret that they come from the privileged backgrounds”.

“So, it is important to make (changes to a) political system that includes all young people. So, all of the young people have the same opportunity,” she said.

Moderator Ayeshwini Lama said the youth survey during the preparatory consultation had confirmed the views expressed and put political reforms as one of the top three recommendations.

Sarah Elago, from the Philippines, expressed concern that while internet connectivity had ensured workers were connected to their work environments, it had some negative connotations, including “digital surveillance and privacy” issues.

However, she commended the youth in the Philippines for their involvement in many projects like community kitchens during the COVID-19 pandemic, which helped “combat hunger and poverty as exacerbated by the massive loss of jobs and livelihoods.”

Youth advocate Fura Sherpa called for a direct connection with policymakers – it was time to ditch the systems where youth were legislated about without being consulted.

The forum called for three main changes – an enabling political framework that involved collaboration and dialogues between governments and young people. Secondly, needs-driven reform with policies reviewed and revised with emerging challenges; and thirdly, inclusiveness in including youth and marginalised groups in decision making.

The dialogue was welcomed by parliamentarians. Ananda Bhaskar Rapulu, an MP from India said the discussion had given him hope because, as lawmakers, they had learnt from the youths’ observations and aspirations.

Mariany Mohammad Yit, a former MP from Malaysia said while there was a National Youth Policy in her country, there was no data to assess its success. She commented that she was not sure the government was serious about youth participation – confirming a dominant theme of day’s debate.