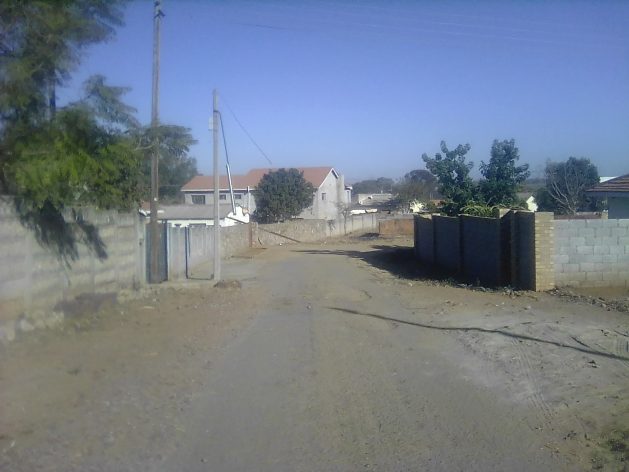 Bulawayo, ZIMBABWE , Aug 11 2021 (IPS) - Ndaba Dube, a Bulawayo resident, says he built himself a home on a small piece of land after the authorities kept him on the housing waiting list for more than two decades. The land he chose is in an old township established before Zimbabwe’s independence in 1980.
“People are building their homes all over the place, and when you ask them, they will tell you council approved it, but I know from my own experience I couldn’t wait any longer,” Dube told IPS.

In the capital city Harare, authorities have recently responded to the practice of residents illegally occupying and building on council land by demolishing the buildings, even in some cases, imposing residential homes. This triggered a national outcry and fear that other municipalities across the country might follow suit.

With the demand for decent and affordable housing increasing in Zimbabwe’s second city, the municipality previously turned to what it called ‘in-fill’ stands, pieces of land that existed as gaps left in old townships, as a solution.

While the city says it has not issued building permits for the past five years, construction of such in-fill stands continues.

The proliferation of building of illegal housing comes at a time UN-Habitat says African governments need to make tough calls to realise the housing-for-all dream.

African finance and housing ministers met in Yaoundé, Cameroon, from June 21 to 24, 2021, where they noted that most African countries are currently facing housing crises driven by high population growth.

Bulawayo’s urban sprawl has only exposed the extent of the city’s housing crisis, with city officials turning to private landowners and surrounding districts for more land.

While the municipality says it has made efforts to avert congesting urban areas by not issuing permits for in-fill stands, this has not stopped residents such as Dube from constructing their homes in a country where owning a house remains a pipe dream.

“Council recognises that land is inelastic and by all means, urban sprawl needs to be avoided,” said Nesisa Mpofu, Bulawayo municipality spokesperson, in an interview with IPS.

“We do not process individual in-fill stands. It should be noted that no in-fill stands have been processed in the past five years.”

Yet buildings on in-fill stands are sprouting across the city, with some homes being built on wetlands and rocky ground – a practice condemned by city planners.

“If local authorities claim that they are not aware of housing constructions, it may mean they are parallel structures within their system,” said Abigail Siziba. She represents the Bulawayo Progressive Residents Association (BPRA), which lobbies the municipality on residents’ issues.

“A thorough land audit where red flags are attended to is necessary to ensure those involved in illicit land deals face the law so that residents regain trust in the housing system,” she told IPS.

Zimbabwe is one of several countries that signed the Yaoundé Declaration in June, which seeks affordable housing for all. The leaders recognised that to reach the Sustainable Development Goals (SDGs) and the African Union’s Agenda 2063, there was a need to accelerate the building of decent, affordable housing.

But the illegal housing constructions have also come at a cost for residents.

Burst sewers have become the order of the day as existing infrastructure has not been upgraded to accommodate the additional houses.

“To be honest, we do not know who approves these homes because ever since these houses were added to our neighbourhood, we are experiencing clogged toilets. Even you report to the municipality nothing happens,” said Mariam Bhebhe, a resident in one of the city’s old townships.

“What we were previously told was that council was not issuing stands, and people were buying the stands from private developers, but it is clear now … this is not a private developer building these houses,” Bhebhe told IPS.

Mpofu insists that the local municipality does not approve of the new buildings.

“Some of these areas would have been left undeveloped when the various suburbs were initially developed, as they were considered difficult areas to develop,” Mpofu told IPS. She added this included rocky terrain, areas that required additional stormwater drains, and that needed deep or special foundations.

Effie Ncube, a community organiser in the city, said the municipality needs to make land allocations transparent if ordinary residents are to benefit from any housing projects.

“There has been a lot of corruption surrounding housing in the city where we have seen multiple allocations of land to individuals simply because they have financial clout,” Ncube told IPS.

“This has led to the exclusion of poor people who cannot raise capital to build their homes. That’s why there are a lot of suspicious housing developments across the city, but no one is being held accountable.”

Early July, the municipality announced its plans to take over part of the land belonging to the country’s largest psychiatric hospital located in the city, citing demand for residential housing, again highlighting the extent of shortage of land in the country’s second-largest metropolis.

The UN-Habitat’s New Urban Agenda for Africa, working with the UN Economic Commission for Africa (UNECA) and United Cities and Local Government of Africa (UCLGA), says it seeks to support local authorities and government to generate not only the best policy but also to generate data to inform the implementation of SDG 11.

According to Oumar Sylla, Africa Regional Director for UN-Habitat, between 800 and 900 million people in Africa currently live in the cities.

UN-Habitat estimates that by 2050, more than half of sub-Sahara Africa’s population will reside in the cities.

The UN agency seeks to reduce what it calls “spatial inequalities” and is “working with cities and municipalities to develop strategies on national urban policy, on housing policy and also, how to embed urbanisation into national development plans.”

Under President Emmerson Mnangagwa, Zimbabwe has established a National Development Strategy for housing that will explore other options for mass housing such as high-rise buildings on the realisation that land is “inelastic,” Mpofu says.

But the country’s economic performance could derail those ambitions.