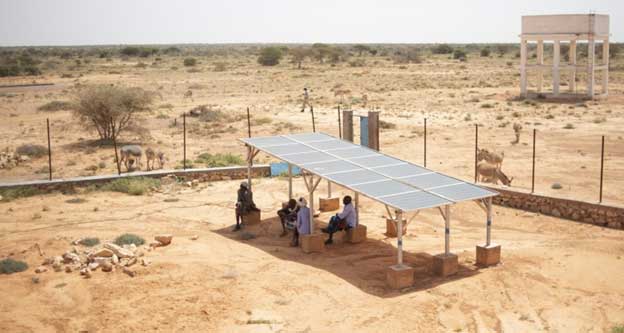 UNITED NATIONS, Sep 28 2021 (IPS) - Rondrotiana Barimalala is a climate researcher at the University of Cape Town in South Africa and a lead author for the IPCC report to the recently released Intergovernmental Panel on Climate Change (IPCC) report titled Climate Change 2021: The Physical Science Basis.

The report says we can act on climate change but warns that time is running out.

In this interview with Africa Renewal’s Franck Kuwonu, Barimalala talks about what extreme weather events mean for Africa and what could be a new normal if global warming is not tackled urgently.

Excerpts from the interview.

Africa is not a major contributor to carbon emissions, yet human-made global warming is advancing more rapidly on the continent than in the rest of the world, the IPCC report says. How do you explain this?

The warming is global. It happens everywhere. But the situation in African is worse because of our limited capacity to adapt even when most emissions happen elsewhere. More extreme events, for example, happen in different parts of the world, but [again] our capacity to adapt is low compared to other places. And I think that makes us vulnerable and to suffer most from the consequences. 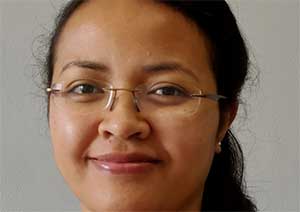 Q: Following 1998, 2010 and 2016, Africa experienced its fourth-warmest April this year. These rises in temperature have been noticeable over the last two decades. Is this a trend we’re likely to see in the future?

A: Yes. For the past few decades, the warming rose rapidly. And one of the consequences of global warming is frequent extreme events, frequent extreme temperature—for instance, very hot temperature or very cold temperature. If it continues to increase at this speed, then we should expect more frequent events. And these will become the new normal.

Q: On Africa, the report’s findings include increased hot and cold extremes, rise in sea-level, increased drought and pluvial flooding. Do these events happen equally across the regions? Is North Africa experiencing these at the same rate as West, Central or Southern Africa, for instance?

A: There are differences. In the report, Africa is divided into nine areas. That’s basically based on the understanding of climate systems in the region. So, West Africa wouldn’t be the same as Southern Africa, for instance. All regions in Africa experience extreme heat. But it will be different across the regions.

Let me just take the example of the heatwave magnitude. We are expecting that the number of days that we have more than 35°C across Africa will increase substantially by 2050, but especially in West Africa and East Africa. The substantial increases in these regions may not be the same in Central Africa. So, it’s not evenly distributed; everything will not increase to the same degree everywhere.

Q: Talking about West Africa: the report projects precipitation to increase over Central Sahel and decrease in the western regions?

A: Yes. The report concluded that the western regions of Africa will experience decreased precipitation except in Western Sahel, and there will be an increase in the eastern regions.

Q: What would be the impact of that on the livelihoods of people in the Sahel? Will parts of the Sahel be green, in the central areas for instance, while the western area will become more arid?

A: Yes. For the western part, there will be an increase in aridity, unfortunately. Because we have a decrease in rainfall, that will impact agriculture, ecology and biosphere. In areas with projected increase in precipitation, it’s not impossible to have a greener land, for example in the eastern part. But again, we need more studies to confirm it.

Q: Another finding and projection of the report is the rise in sea level across the continent. The western side, from the Mediterranean Sea to the Atlantic, appears to be the most affected. How bad is it? How about the eastern parts along the Indian Ocean? To what extent are these affected?

Q: So, both are rising, and it looks like the Indian side has outpaced the western side. Is that correct?

A: Yes. But the impact is not felt the same way because coastal areas on the east side are higher than on the west side. If you look at the coast along Tanzania, those areas have high topography—higher elevation.

Q: Traveling along coastal areas in West Africa, from Lagos (Nigeria) to Abidjan (Côte d’Ivoire) for instance, one can see ruins of entire roads and villages, historical sites washed away by the sea. What is the main cause of this—expanding warming waters or sinking lands? Or is it the melting ice, which is far away from the continent?

A: When we talk about sea level rise, we must consider expansion due to the warming of oceans. And that contributes most to the global rise in sea-level. And then, we have the melting ice and glaciers. But I think that from the examples you just gave, these are more classified as coastal erosion than sea level rise, I think houses and roads disappearing are more about coastal erosion. And the continent has experienced shoreline retreats at the rate of one meter per year from 1984 until around 2016/2017, and that’s been very important as well.

Q: Are there other places around the world where, comparatively, the rate of the rise is much higher?

A: Similar to the extreme heats, the rate of rise is not uniformly distributed. For instance, the Atlantic is warming at a faster rate than the Pacific, leading to larger sea level rise than the global mean, along the European and US east coastal areas. There are also different factors such as land settling or rising due to loss of the weight of ice due to melting.

Q: What then are the likely consequences of the sea level continuing to rise?

A: The likely consequences would be on coastal areas because when the sea level rises, you tend to have more erosion from the sea, decline of water quality and destruction of different infrastructures.

Q: What lies ahead? Are the projected trends irreversible for the continent? What should people and policymakers be aware of going forward?

A: That’s a tricky question. Of course, we would benefit from having the greenhouse gases decreasing everywhere. In Africa, that’s what we are looking forward to, as we are very vulnerable. So, if you ask me what lies ahead for Africa, I would say it depends on global efforts. I think we know the facts. We know what is going to happen if we don’t make decisions. Through this report, we are putting facts in front of governments. So, it’s hard for me to say what lies ahead for Africa. But it really depends on global decisions as well as decisions made in every country in Africa regarding what to do based on these facts.

Mean temperatures and hot extremes have emerged above natural variability, relative to 1850–1900, in all land regions in Africa.

The rate of surface temperature increase has generally been more rapid in Africa than the global average, with human-induced climate change being the dominant driver.

Marine heatwaves have become more frequent since the 20th century and are projected to increase around Africa.

Relative sea level has increased at a higher rate than global mean sea level around Africa over the last three decades. Relative sea-level rise is likely to virtually certain to continue around Africa, contributing to increases in the frequency and severity of coastal flooding in low-lying areas to coastal erosion and along most sandy coasts.

The frequency and intensity of heavy precipitation events are projected to increase almost everywhere in Africa with additional global warming.