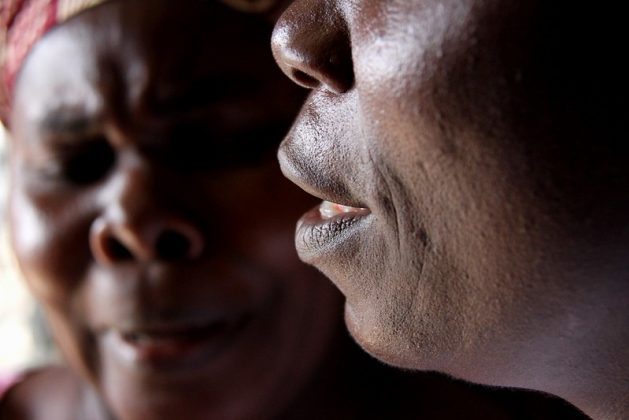 MADRID, Nov 5 2021 (IPS) - While male circumcision is spread mainly among Muslim and other religious communities, and it is apparently accepted by some medical spheres, more than 200 million girls have already fallen prey to a dangerous, abhorrent practice, which is carried out in the name of social and religious traditions: Female Genital Mutilation (FGM).

Such a human rights violation is mostly carried out on young girls between infancy and age 15, is one stark evidence of gender inequality. Nevertheless it is not legally typified as a “crime” nor is it a relevant focus of wealthy societies’ feminist movements.

Although primarily concentrated in some 30 countries in Africa and the Middle East, FGM is a universal problem and is also practiced in some States in Asia and Latin America. Moreover, FGM continues to persist amongst immigrant populations living in Western Europe, North America, Australia and New Zealand

Furthermore, it is far from being stopped—in fact some 70 million more girls are right now at risk of being mutilated by the year 2030.

What is all about

“Female Genital Mutilation is a ‘violent act’ that, among other dramatic consequences, causes infection, disease, childbirth complications and death,” said on this silenced practice the executive directors of the United Nations Population Fund UNFPA and UN Children’s Fund UNICEF in a joint statement.

In order to denounce this violation, it should be more than enough to report some of the key facts and conclusions that world health and human rights experts have compiled for the United Nations Organisation.

These following ones are just some of the key facts presented by the World Health Organization (WHO) on the occasion of this year’s International Day of Zero Tolerance for Female Genital Mutilation.

— The practice has no health benefits for girls and women. And it is a violation of their human rights.

— FGM can cause severe bleeding and problems urinating, and later cysts, infections, as well as complications in childbirth and increased risk of newborn deaths.

— More than 200 million girls and women alive today have been cut in 30 countries in Africa, the Middle East and Asia where FGM is concentrated.

According to the UN: “This violent, harmful practice reflects deep-rooted inequality between the sexes, and constitutes an extreme form of discrimination against women and girls… The practice also violates their rights to sexual and reproductive health, security and physical integrity, their right to be free from torture and cruel, inhuman or degrading treatment, and their right to life when the procedure results in death”.

No health benefits, only harm

According to thw World Health Organisation, FGM has no health benefits, and it harms girls and women in many ways. It involves removing and damaging healthy and normal female genital tissue, and interferes with the natural functions of girls’ and women’s bodies.

Generally speaking, risks of FGM increase with increasing severity (which here corresponds to the amount of tissue damaged), although all forms of FGM are associated with increased health risk.

In addition to the fact that most of the girls and women who have been subject to FMG live in numerous African countries, and some in Asia, they are also increasingly found in Europe, Australia, Canada and the United States; primarily immigrants from Africa and Southwestern Asia, according to the UN Children’s Fund UNICEF, UN Population Fund UNFPA and UN Women.

Also among migrants and refugees

The world bodies’ experts also report that, although primarily concentrated in some 30 countries in Africa and the Middle East, FGM is a universal problem and is also practiced in some States in Asia and Latin America. Moreover, FGM continues to persist amongst immigrant populations living in Western Europe, North America, Australia and New Zealand.

But what is behind the practice of girls genital mutilation?

According to WHO, the reasons why female genital mutilations are performed vary from one region to another as well as over time, and include a mix of sociocultural factors within families and communities.

The most commonly cited reasons are: where FGM is a social convention (social norm), the social pressure to conform to what others do and have been doing, as well as the need to be accepted socially and the fear of being rejected by the community, are strong motivations to perpetuate the practice.

As well, FGM is often considered a necessary part of raising a girl, and a way to prepare her for adulthood and marriage. And it is often motivated by beliefs about what is considered acceptable sexual behaviour.

As importantly: female genital mutilation aims to ensure premarital virginity and marital fidelity. In many communities it is believed to reduce a woman’s libido and therefore believed to help her resist extramarital sexual acts. Where it is believed that being cut increases marriageability, FGM is more likely to be carried out.

What else to say about such an act of cruelty…? Maybe to reiterate that it is in many cases committed in the name of social tradition and religious beliefs whose self-proclaimed male representatives use to justify by saying that mutilating girls is the way to “purify” them… by reducing their sexual appetite and keeping it all for their own!