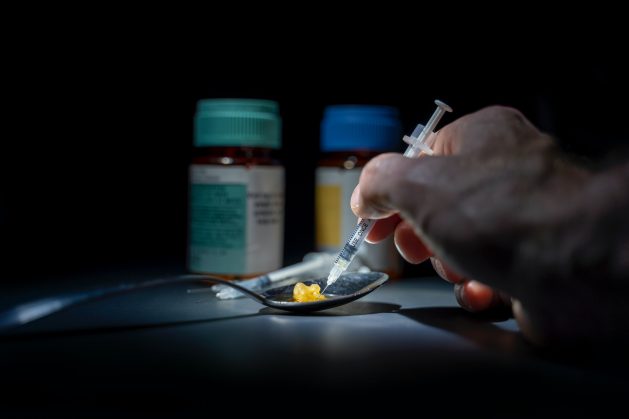 A new analysis of global drug policies looks at how countries’ drug policies and implementation align with the UN principles of human rights, health and development. Credit: Michael Longmire/Unsplash

BRATISLAVA, Nov 9 2021 (IPS) - A “radically innovative” new analysis of global drug policies has laid bare the full impact repressive drug laws and their implementation have on millions of people worldwide, civil society groups behind its creation have said.

The inaugural Global Drug Policy Index (GDPI) www.globaldrugpolicyindex.net, developed by the Harm Reduction Consortium (HRC) – a collaboration of civil society groups – ranks countries on their drug policies against a series of indicators related to health, development, and human rights.

Groups in the HRC say it is the first tool of its kind to document, measure, and compare countries’ drug policies, and their implementation, across the world.

And the results of the first index have underlined how even the best-ranked countries are falling dramatically short in aligning policies and their implementation with UN principles of human rights, health, and development.

Ann Fordham, Director at the International Drug Policy Consortium (IDPC), which was involved in creating the index, told IPS: “The message is that no country is doing well. They all have huge room for improvement.”

HRC organisations say that for decades, tracking how well – or badly – governments are doing in drug policy has been difficult.

Until now, many governments have measured the ‘success’ of drug policies not against health, development, and human rights outcomes, but instead by prioritising indicators such as the numbers of people imprisoned for drug offences, the volume of drugs seized, or the number of hectares of drug crops eradicated.

The net result, drug law reform groups argue, is a severe lack of accountability when it comes to the repressive approaches to drugs favoured by many governments and which blight the lives of millions of people, invariably among the most vulnerable and marginalised populations.

But they believe the GDPI will change that.

Thirty countries – the HRC plans to expand the project to include more states in future – are given a score in each of these five areas and ranked according to an overall score out of 100.

The scores are decided on not just extant data but, crucially, expert local perspectives on policy implementation.

This, the team behind the index’s methodology says, helped create a more accurate picture of how people were being affected by a given state’s drug policies, and objectively quantifying the effects of their implementation.

Professor David Bewley-Taylor, of Swansea University told IPS: “Our work was a deliberate effort to include affected communities at the heart of the index. It allows lazy assumptions about countries’ drug policies to be challenged and adds nuance to the debate about drug policy.”

His colleague, Dr Matthew Wall, added: “Even with the best data records there can be gaps. Because we were working with civil society, we could get extra data, get an on the ground evaluation of policy implementation.

“Without civil society perspectives, there would have been something missing, especially in measuring equity of implementation in some areas, for instance, access to harm reduction treatment.”

Some of the findings in the index highlighted the dire impact of policy implementation on communities.

It showed that a militarised and law enforcement approach to drug control remains prevalent globally, with lethal force by military or police reported in half of the countries surveyed. Drug law enforcement is also predominantly targeted at non-violent offences, especially people who use drugs.

Meanwhile, to some extent, in all countries, there is a disproportionate impact of drug control on marginalised people based on gender, ethnicity, and socio-economic status.

The index also pointed out sometimes large gaps between policy and its implementation, and how some countries are doing well in some areas but poorly in others.

For instance, in ensuring access to controlled medicines, countries like India, Indonesia, Mexico, and Senegal score high on policy but get 0/100 for actual availability for those in need.

It also found that inequality is deeply seated in global drug policies, with the five top-ranking countries scoring three times as much as the lowest-ranking five countries. According to the report, this is partly due to the colonial legacy of the ‘war on drugs’ approach.

While Norway topped the index, even it did not perform well in all areas and gained an overall score of 74/100. The median score across all 30 countries in the index was just 48/100.

Campaigners believe that by framing the ‘success’ of countries’ drug policies in terms of indicators of human rights, health, and development, and especially because it involves data gathered from on the ground experience of implementation, the index can be a powerful tool in trying to persuade governments to change their approach to drugs.

“The Global Drug Policy Index is nothing short of a radical innovation,” said Helen Clark, Chair of the Global Commission on Drug Policy and former Prime Minister of New Zealand.

“Good, accurate data is power, and it can help us end the `war on drugs´ sooner rather than later.”

Writing in the report’s foreword, she added: “For decision-makers wishing to understand the consequences of drug control, as well as for those who seek to hold governments accountable, the index sheds light on critical aspects of drug policies that have been historically neglected, such as the intersection of drug policy and development, or the differentiated impacts of drug law enforcement on ethnic groups, Indigenous peoples, women and the poorest members of society.”

The index’s accompanying report illustrates the effects of drug policies on communities, including real-life stories of people who use drugs, often documenting the stigma, violence, and persecution drug users face because of repressive drug policies and their implementation.

It also has a series of recommendations for governments, including calls for an end to violence, arbitrary detention, extreme sentencing and disproportionate penalties, and the promotion of access to health, medicines, and harm reduction services and a long-term development approach for marginalised communities worldwide.

However, it is unclear to what extent the GDPI would sway policymakers in countries where repressive drugs policies have been the norm for decades and where regimes have repeatedly resisted calls for reform.

Groups campaigning for drug law reform in Belarus, for instance, which has some of the most repressive drug legislation globally and notoriously harsh implementation of it, told IPS the index is unlikely to change the regime’s legislation, nor its hard-line approach to drug use.

Piotr Markielau of Legalize Belarus told IPS: “This index is a great idea, but it has very little chance of influencing drug policy in Belarus or any other non-democratic country.”

But Fordham said even if the index was ignored by policymakers in some states, it does not diminish its worth.

“We appreciate that there are some countries which will remain impervious to our efforts, but we hope that the index will at least ignite conversation about the metrics used to measure drug policies.

“We have to keep banging the drum and shining a light on repressive drug policies and the harm they are doing.”

She added: “Governments don’t like accountability on this, so we expect some pushback on the index. But one thing I am proud of with the index is the incredibly robust methodology that has been used. It is a very considered piece of work, and it will put us on solid ground when we talk to governments.”