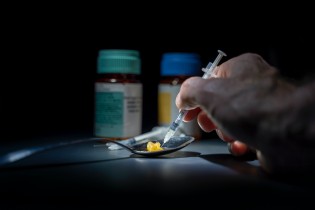 By Matthew Charles Cardinale
Beth Collins recently picked up and moved from Virginia to Colorado, but it wasn't for the typical reasons: new job, better schools, nicer weather. Collins' 14-year-old daughter, Jennifer, has intractable epilepsy. Medical cannibis eases her frequent seizures. But it's illegal in their home state.

By Bijoyeta Das
For years Joba Hemron, 50, prayed that her cough would go away. She was diagnosed with Tuberculosis (TB) in 2011. She was put on a Directly Observed Treatment Short-course (DOTS), provided free at a public health clinic in Bongaigaon district in Assam.

By Carey L. Biron
The U.S. Justice Department on Thursday issued surprise guidance directing its attorneys not to sue states that have moved to decriminalise the recreational use of marijuana, so long as those states implement strict regulatory regimes.
Next Page »
ADVERTISEMENT ADVERTISEMENT