GENEVA, Nov 10 2015 (IPS) - The important relationship between the examination of patents carried out by national patent offices and the right of citizens to access to medicines hasn’t always been well-understood. Too often these are viewed as unrelated functions or responsibilities of the state. And the reason is clear: patentability requirements are not defined by patent offices, but frequently by the courts, tribunals, legislation or treaty negotiators. 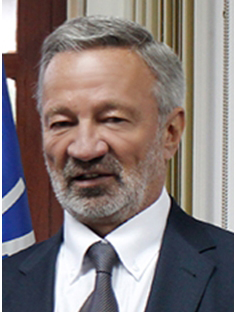 This is the case when patent policy is implemented in isolation from, rather than guided by, public health policy.

Given the impact of pharmaceutical patents on access to medicines, patent offices should continue to align their work in support of national health and medicine policies, using the freedom permitted by the Trade Related Aspects of Intellectual Property Rights Agreement (TRIPS) to define patentability requirements.

The TRIPS Agreement requires all World Trade Organization (WTO) member states to incorporate into their legislation universal minimum standards for almost all rights in this domain: copyright, patents and trademarks.

A patent is a title granted by the public authorities conferring a temporary monopoly for the exploitation of an invention upon the person who reveals it, furnishes a sufficiently clear and full description of it, and claims this monopoly.

As with any monopoly, it may lead to high prices that in turn may restrict access. The problem is compounded in the case of medicines, when patents confer a monopoly for a public good and essential products needed to prevent illness or death and improve health.

These three elements, however, are not defined in the TRIPS agreement and WTO Member States are free to define these three criteria in a manner consistent with the public health objectives defined by each country.

It is widely held that patents are granted to protect new medicines to reward the innovation effort. However, the number of patents obtained annually to protect truly new pharmaceutical products is very low and falling. Moreover, of the thousands of patents that are granted for pharmaceutical products each year, a few are for new medicines – e..g. new molecular entities (NMEs).

The guidelines were intended to contribute to improving the transparency and efficacy of the patent system for pharmaceutical products, so that countries could pay more attention to patent examination and granting procedures in order to avoid the negative effects of non-inventive developments on access to medicines. The major problems can be identified in the current use of the patent system to protect pharmaceutical innovation: reduction in innovation, high prices of medicines, lack of transparency in research and development costs, and proliferation of patents.

A study carried out by the journal Prescrire analysed the medicines that were introduced to the French market between 2006 and 2011, arriving at the conclusion that the number of molecules that produced significant therapeutic progress reduced drastically: 22 in 2006; 15, 10, 7, 4 in the following years up to 2011, which was a year in which Prescrire declared that only one medicine of significant therapeutic interest was brought to the market. Given that France is one of the largest pharmaceutical markets in the world, the reduction in innovation confirmed France is a good indicator of the global situation.

Oncologists from fifteen countries recently denounced the excessive prices of cancer treatments, which are necessary to save the lives of the patients, and urged that moral implications should prevail; according to them, of the 12 cancer treatments approved in 2012 by the United States Food and Drug Administration, 11 cost more than 100,000 dollars per patient per year.

During the summer of 2014, a number of European countries, including France and Spain, spent many months negotiating with the company Gilead on the price of a new medicine for hepatitis C known as Solvaldi. The price fixed by Gilead was 56,000 Euros per patient for a twelve-week treatment, or 666 Euros per tablet. According the newspaper Le Monde the price of each tablet was 280 times more than the production cost. In France, it is calculated that 250,000 patients should receive this medicine, the cost of which would represent 7 per cent of the annual state medicine budget.

The application of patentability requirements for medicines, given their public health dimension, should be considered with even more care than in the case of regular merchandise or luxury items. The first and most important step is to use the freedom permitted by the TRIPs Agreement to define the patentability requirements: novelty, inventive step and industrial applicability (utility) in a way that keeps sight of public interest in the wide dissemination of knowledge.