Tokyo, Feb 17 2022 (IPS) - The Asian Population and Development Association (APDA) has been ahead of the international community in addressing population and development issues, says the former Japanese Prime Minister and Chair of APDA Yasuo Fukuda. 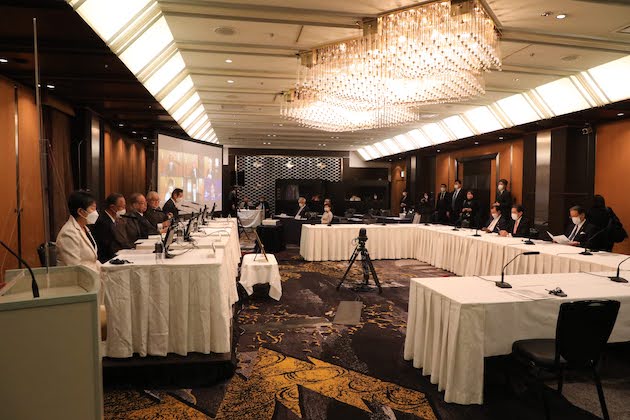 JPFP was formed in 1974 out of concern for burgeoning populations, food security, and other development issues in Japan. APDA and AFPPD were founded in 1982 – ahead of the International Conference on Population and Development (ICPD) in Cairo in 1994.

“APDA has consistently propounded groundbreaking concepts and frameworks and led international public opinion and activities in this field,” says Fukuda.

Kamikawa agrees and sees the organizations playing a crucial role in post-COVID-19 development as countries and continents race to meet the ICPD 25 commitments.

“APDA has been working on food and population issues from a wide perspective, and now it is required to deepen the discussions on topics such as health, “water for life”, and climate change from the perspective of population,” Kamikawa said. She added that “what we learned from the COVID-19 pandemic is how important it is to share experiences and knowledge of each country with the rest of the world.”

Looking toward the future, Takemi says climate change, the impact of COVID-19, and digitalization have impacted on widening the gap between rich and poor.

He also notes that an ageing population is Asia’s “most emerging issue.” AFPPD has put this on the agenda, and it counts as a crucial success. 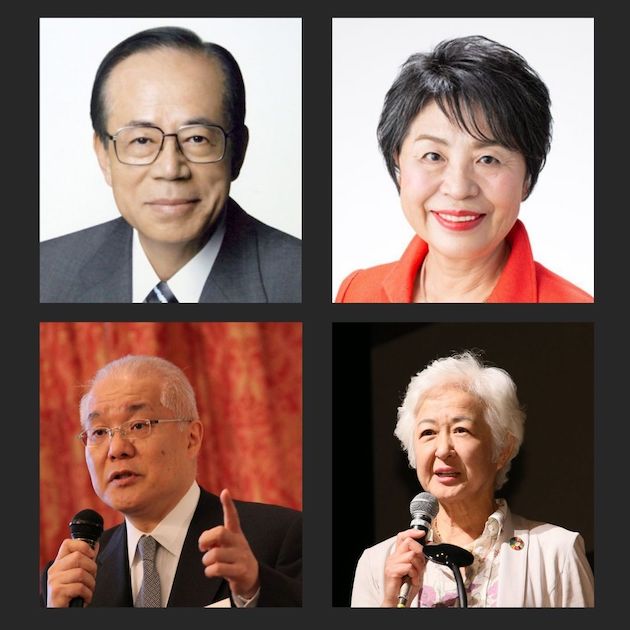 Looking back on the 40th years and looking forward to the future are former Japanese Prime Minister and Chair of APDA Yasuo Fukuda, Yoko Kamikawa, MP and Chair of JPFP, and Prof. Keizo Takemi, MP and Chair of Asian AFPPD. Takemi was interviewed by Prof. Kiyoko Ikegami, Executive Director of AFPPD. Credit: APDA

Here are excerpts from the interviews:

IPS: In 1974, some 20 years before the ICPD conference in Cairo in 1994, JPFP was formed because of concerns about burgeoning populations, food security, and other development issues in Asia. Then APDA was established in 1982. What would you consider to be the most significant success of the organization?

Former PM Hon. Yasuo Fukuda: For one, APDA has consistently propounded groundbreaking concepts and frameworks and led international public opinion and activities in this field.

Under this principle, Japanese parliamentarians launched JPFP, the world’s first supra-partisan parliamentary group on population and development, in 1974, followed by the founding of APDA in 1982. JPFP and APDA strongly supported the establishment of regional parliamentary fora and National Committees on Population and Development in various countries and created a groundbreaking framework of a parliamentary network.

Through this network of parliamentarians, APDA and JPFP have taken the lead in parliamentary activities on population and development worldwide, effectively sharing diverse knowledge, including Japan’s experiences and promoting international cooperation, which resulted in concrete results.

Japanese politicians, who were involved in JPFP and APDA, also played a central role in the formation of the concept of “sustainable development”, which is the basis for today’s SDGs. They requested the United Nations to establish the World Commission on Environment and Development (commonly known as Brundtland Commission) in 1984. The concept of “sustainable development” was presented in their report adopted in 1987.

On the occasion of our 40th anniversary, we would like to continue to promote inter-regional cooperation and collaboration in response to the challenges faced by each region and address population and development issues both domestically and internationally from a long-term perspective, beyond the SDGs. In particular, we would like to focus not only on economic development but also on valuing each individual, drawing out the full potential, respecting each culture and tradition, and fostering the importance of cultivating humanity.

IPS:  APDA and JPFP have established global partnerships in Asia, Africa, and the Arab region. How necessary are these multilateral arrangements to achieve the ICPD Programme of Action?

As various global issues are becoming more and more serious, it has become clear that population and development issues are complicatedly and closely related to various other areas, with diversified demographics worldwide.

APDA has been working on food and population issues from a broad perspective, and now it is required to deepen the discussions on topics such as health, “water for life”, and climate change from the perspective of the population.

Our role as parliamentarians is to serve the people of respective countries, fulfilling a responsible role in legislation and administration to realize a society where everyone can maintain life and health and enjoy human rights and quality of life bestowed upon people. However, what we learned from the COVID-19 pandemic is how important it is to share experiences and knowledge of each country with the rest of the world.

I hope that APDA will further contribute to achieving the ICPD Programme of Action and SDGs and ushering in a new post COVID era by strengthening the networks and platforms of parliamentarians it has developed over the past 40 years.

Prof. Kiyoko Ikegami, Executive Director of AFPPD: Is there a crucial new challenge in the Asia region that parliamentarians need to confront?

Hon. Prof. Keizo Takemi, Chair of AFPPD: The ageing population is the most emerging issue in Asia, although UNFPA did not yet recognize this in the past. I believe that one of the great outcomes of the AFPPD was to improve the recognition of the issues relating to ageing, not only demographic change but as improvement of quality of life of the older people.

AFPPD co-sponsored seminars on the ageing and nursing service in Vietnam in 2017, which helped members of AFPPD to fully understand the issue of ageing. With the Health Ministry of Vietnam, AFPPD National Committees of Vietnam, the Ministry of Foreign Affairs of Japan, and JCIE, AFPPD conducted discussions about a caring service to ensure people can age happily.

Unemployment is also a serious problem, especially in central Asia, where the youth population is rapidly increasing, and migrant worker numbers are also increasing. It is an urgent matter to be resolved due to the dynamics of youth behavior in the context of a nation-building process. An AFPPD-led seminar on youth has looked at how to get youth involved in industry after being trained, and at the same time how to encourage industry to respond to the needs of each nation.

Ikegami: What are the crucial discussions to be had in this anniversary year on SDGs and the ICPD25 Programme of Action?

Takemi: The recognition and addressing climate change and population are the most critical issues in front of us.  We have learned that it is inevitable to create and accept the new framework and concept of population issues in the Anthropocene era, in order to respond to current and future population-related issues.  The discussions have just begun, but there are several ideas to be debated, such as the close relation between water and population, demographic analysis on human movement of refugees, and internally displaced persons.  It is definitely challenging, for all of us MPs, to foresee the future planning of our nations.