‘Our Common Agenda’: Guterres’ Open Door to Corporate Capture of the UN 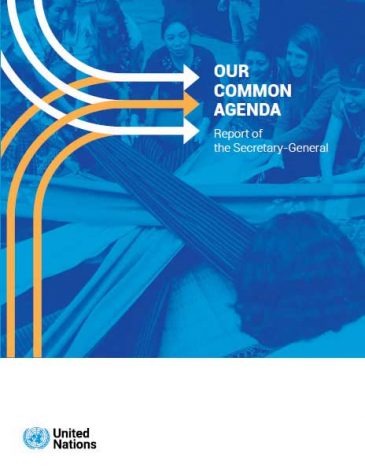 NEW YORK, Feb 15 2022 (IPS) - On 10 September 2021, UN Secretary-General (SG) Antonio Guterres released the “Our Common Agenda” (OCA) report. This report was in response to a request from UN member states to “report back before the end of the seventy-fifth session of the General Assembly with recommendations to advance our common agenda and to respond to current and future challenges”.

UN member states are currently meeting, as part of a consultation process on the OCA report, to discuss these proposals. The report contains many concerning recommendations in relation to the global economic and financial architecture and has larger implications for democratic global governance.

Corporate capture of the UN in the name of multistake-holderism

Rather than reaffirming the role of inclusive member state led processes, the proposals made by the Secretary General (SG) rely on new multi-stakeholder approaches, termed ‘networked multilateralism’ in the report.

This would bring to the decision-making table global corporate monopolies and international financial actors that have concentrated wealth and power, subsumed regions into debt and austerity, eroded environmental integrity, exacerbated poverty and human rights violations, actively undermined equal and just access to vaccines, and profited from disasters.

This modality of operation undermines the United Nations’ role in international decision-making as well as the related accountability and transparency that is central to its legitimacy. 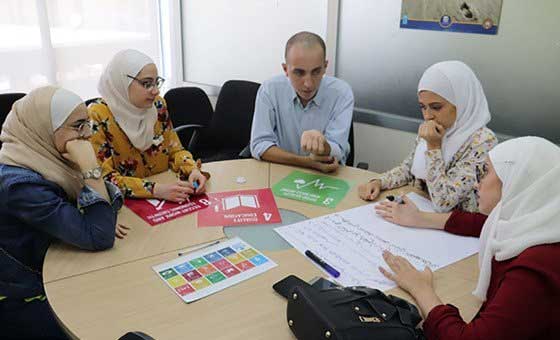 Speaking of the Common Agenda, UN Secretary-General Antonio Guterres has highlighted the power of youth engagement and the importance of their voices across the UN system and beyond, recalling his proposal to establish an Office on Youth. Credit: United Nations

Multistake-holderism conflates duty-bearers (governments), rights holders (people) and corporations as equal stakeholders, under the illusion that all of them are equal in their rights, responsibilities, and capacities. Such processes would also embed the UN in extreme conflict of interests.

For instance, the SG proposes a multi-stakeholder digital technology track in preparation for a ‘Summit of the Future’ to agree on a ‘Global Digital Compact’. The proposal echoes the recommendation of the UNSG’s High Level Panel of Experts on Digital Cooperation which was co-chaired by key personalities in global technology platforms (Big Tech).

Instead of enabling the self-serving push from Big Tech, the UN should support inclusive, member state led processes to address the development divide that underpins the digital divide, to regulate and curb the growing powers and wealth of Big Tech and ensure that human rights are respected.

The extent to which the OCA report and its “solutions” rely on multi-stakeholder approaches, reinforcing the role of problematic exclusive membership clubs and giving a seat at the table to those who have preyed on disaster, is worrisome.

The UN should be the normative space for making decisions on critical global challenges which has increasingly been captured by global north led spaces such as the OECD and G20 instead. The UN should indeed be addressing all those substantive issues included in the agenda.

But it should be done through strengthening inclusive member state led processes. Not by surrendering to the corporate capture and undermining even more the possibility to regain global democracy.

The OCA report proposes to establish a multistakeholder ‘emergency platform’ as well as a Biennial Summit between G20, ECOSOC, SG and IFIs noting that “we still lack pre-negotiated ways to convene relevant actors in the event of a global economic crisis”. This is incorrect.

The FfD process is already mandated to address urgent global systemic challenges on debt, international tax, private finance, ODA, trade, technology and financial regulation. The modalities of the FfD process already recognises civil society and the private sector as stakeholders for inputs, in addition to IFIs, WTO and UNCTAD, while ensuring that negotiations are clearly intergovernmental with member states as decision-makers.

The challenge is not the lack of existing processes to convene but the need to overcome the obstinate blocking from a handful of member states in the UN who prefer such decision-making to happen in undemocratic forums rather than the UN. Establishing multi-stakeholder initiatives will not resolve this political economy challenge and will only further delay decision-making by strengthening the status quo.

Convene the 4th Financing for Development (FfD) conference: UN member states should urgently agree on the next FfD Conference to respond to the multiple crises we face and move towards a new global economic architecture that works for the people and planet.

We need leadership from UN member states to reinforce existing member state led processes rather than inventing new forums and summits that only delay decision-making.

We call on UN member states to reject multistake-holderism that reinforces the role of problematic exclusive membership clubs (OECD, G20 etc) and enables corporate capture of intergovernmental decision-making and to instead uphold the democratic potential of the United Nations.

Emilia Reyes is co-convener of the Women’s Working Group on FfD; Iolanda Fresnillo is Debt Justice Manager at European Network on Debt and Development (Eurodad); Neth Dano is Asia Director of Action Group on Erosion, Technology and Concentration (ETC Group); and Pooja Rangaprasad is Policy Director, FfD at Society for International Development (SID).

This article is based on Civil Society FfD Group’s response to the OCA report: https://csoforffd.org/2022/01/19/response-to-un-secretary-generals-our-common-agenda-report/