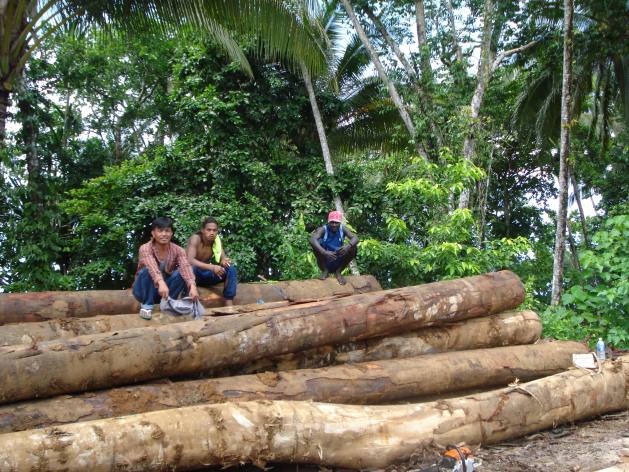 CANBERRA, Australia, Feb 2 2022 (IPS) - Corruption continues to have a crippling effect on the lives of many people in southwest Pacific Island countries, exacerbating hardship and inequality and eroding human and national development.

Islanders speak of the mismanagement of public funds and assets by political elites at the national level, but also by organizations and individuals in communities, the loss of resource wealth and revenues as a result of corrupt deals between politicians and extractive companies, and the widespread practice of paying bribes for public services.

“High-level white collar corruption is still a big issue in the country. Kickbacks offered to government officials to facilitate payment is still rampant. Most big civil and building contracts tend to have very strong political connections and ties, which means that the procurement process is still weak,” said Busa Jeremiah Wenogo, a development economist and commentator in the capital of Papua New Guinea (PNG), Port Moresby.

“Bribes are offered to secure drivers’ licenses and accident reports. There are also cases of criminals who have been released from jail due to bribes, despite the severity of their criminal offences, without the knowledge of the court and the aggrieved party,” Wenogo told IPS.

Corruption has become so widespread that people have accepted it as part of the way we live in this country. Corruption by politicians and within government is bringing our country down when we are blessed with natural resources to provide for all our citizens

PNG’s corruption ranking, as reported by Transparency International, has improved gradually in recent years. On a scale of 0-100, where 100 is ‘clean’, the Melanesian nation received a score of 25 in 2015, progressing to 27 in 2020 and 31 last year. But there is still a long way to go.

In the Solomon Islands, a rainforest-covered archipelago nation with a dominant logging industry, “the predominant forms of corruption we encounter in our work—that is the misuse and abuse of entrusted power for private gain—are conflict of interest and abuse of discretion, embezzlement, bribery, extortion and fraud,” Ruth Liloqula, Chief Executive of Transparency Solomon Islands, told IPS from the capital, Honiara. She believes that the most corrupt individuals and institutions in the country are members of parliament and companies extracting natural resources.

The latest 2021 Global Corruption Barometer, published by Transparency International, reveals that 96 percent and 97 percent of people in PNG and the Solomon Islands respectively believe corruption is a big problem in government, while 82 percent and 90 percent believe it is also a serious issue in the business world.

“The main impacts of corruption are poor health, medical and education infrastructure and services, lack of socioeconomic development throughout the country, benefits raised from the exploitation of natural resources leave the country to develop other countries and not the Solomon Islands, lack of employment opportunity for Solomon Islands’ rapidly growing population. And the rich get richer and the poor get poorer,” Liloqula continued.

At the centre of many allegations of high-level fraud are the political elite and the extractive industry. PNG is endowed with substantial deposits of gold, copper, silver, nickel and cobalt, as well as oil and natural gas. Prior to the pandemic, the mining sector accounted for 60 percent of the country’s total exports, while in the Solomon Islands, timber is the largest source of export earnings.

‘Corruption risks in this sector are high. Across the region transnational criminal groups use corruption to exploit natural resources, such as forests, fish stocks and gold and manganese deposits. Common tactics include bribery and capture of environmental law enforcement bodies, often involving high level politicians, government officials and private sector leaders and intermediaries, who may act with impunity,’ Transparency International reports.

In 2015 alone, an estimated $1.4 billion was lost from PNG’s government revenues due to fraud. Meanwhile in the Solomon Islands, the Auditor General’s report in 2019 claimed there were massive variances in the country’s national accounts and millions of dollars in unexplained payments and expenses. The cost of corruption is also high in the region’s fisheries industry where, from 2010 to 2015, the total value of illegally harvested or transhipped tuna in the Pacific Islands was more than $616 million, according to the United Nations Office on Drugs and Crime.

‘Corruption is the single greatest obstacle to economic and social development around the world,’ claims the UN crime agency. And its most visible effects in countries such as PNG and the Solomon Islands is low human development, poor governance and national development outcomes, low standards and reach of public services, lack of employment growth and entrenched poverty. PNG is ranked 155 out of 189 countries for human development, while 56.6 percent of its people live in multi-dimensional poverty.

“Corruption has become so widespread that people have accepted it as part of the way we live in this country. Corruption by politicians and within government is bringing our country down when we are blessed with natural resources to provide for all our citizens,” said Dorothy Tekwie, President of PNG’s West Sepik Provincial Council of Women.

She told IPS that if corruption was effectively reduced, “development projects much needed by the people would be completed, so services can reach the people, especially in rural areas. It would mean more economic activities for rural people, more schools for children, thus an educated population, better health and the reduction of maternal and child mortality in rural and remote areas.”

The extent to which citizens and the media demand clean governance and hold their leaders to account will go a long way in progressing anti-corruption efforts. The political will to strengthen laws against corrupt practices and zero tolerance of fraud by the private sector is also crucial.

The initiative of the present PNG Government, under Prime Minister James Marape, to establish an Independent Commission against Corruption (ICAC) is a significant public signal that the government is taking the issue seriously. The agency is expected to be fully operational by 2023. However, Wenogo believes that for it to be a success, the new ICAC must be independent with wide-ranging powers to investigate and prosecute wrongdoers at all levels of power, and its investigations and findings must be transparent and free from political influence.

Success in reducing corruption in PNG is even more urgent as the country continues to grapple with the health and economic impacts of the COVID-19 pandemic. In January, PNG recorded 37,145 cases and 597 deaths. The pandemic could set the goal of eliminating poverty in the region back by a decade and, in some Pacific Island countries, by up to 30 years, warns the regional inter-governmental organization, Pacific Islands Forum.