STOCKHOLM, Feb 11 2022 (IPS) - While living and working in Paris I joined the Cercle Suédois, a social club founded in 1891, at a time when Sweden and Norway were unified in one kingdom. By that time, Alfred Nobel was a frequent guest and in one corner I sometimes ended up standing in front of the writing desk where he in November 1895 had written his famous testament, stipulating that 94 percent of his total assets (equivalent to 120 million USD in today’s money value) was to be allocated to the establishment of five prizes. These prizes would every year be awarded to deserving individuals, who ”irrespective of their nationality” had contributed to ”the progress of humanity and preservation of peace in the world.” 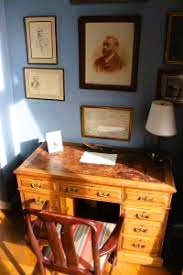 Placed on the desk is a facsimile of the will that actually is quite difficult to understand. Alfred Nobel had spent most of his time outside of Sweden and even if he was a polyglot, with proficiency in French, Russian, English, German, and Italian, his Swedish had after many years abroad become somewhat rusty and the formulations he used in his will are occasionally slightly peculiar.

The first three prizes would be awarded for ”eminence” in physical -, medical – and chemical sciences, while a fourth prize would be bestowed upon authors of ”literary work in an ideal direction.” During the entire century which followed upon the establishment of the literary prize, the meaning of the word ”ideal” has been disputed. Could it mean that the “literary work” had to be ”idealistic” in the sense of promoting peace and general well-being? Or did Alfred Nobel by ”ideal” mean ”excellent”? The members of the Swedish Royal Academy, who were given the task of awarding the prize, have mainly leaned towards the latter meaning.

The fifth prize stipulated by Nobel’s testament has been considered as even more controversial and has over the years been agitatedly debated. Alfred Nobel stipulated that it was to be awarded by the Norwegian Nobel Committee, constituted by five members appointed by the Norwegian Parliament, and bestowed upon persons or institutions that have “done the most or the best work for fraternity between nations, for the abolition or reduction of standing armies and for the holding and promotion of peace congresses.”

Criticism of Alfred Nobel has focused on his leading role in the global sale and manufacture of weapons. Accordingly, it has been suggested that his main motive for creating the Nobel Prizes was to improve a tarnished reputation. In 1888, had the death of his older millionaire brother, Ludvig, caused several French newspapers to publish lengthy obituaries of Alfred Nobel. One newspaper wrote: “The merchant of death is dead, Dr. Alfred Nobel, who became rich by finding ways to kill more people faster than ever before, died yesterday.” Alfred became upset by this confusion with his brother and he was in particular disturbed by the accusations that he had benefited from and become wealthy due to misery inflicted on others.

Alfred Nobel (1833-1896) was born in Sweden, but after several business failures his father had moved to Saint Petersburg, where he became wealthy as manufacturer of machine tools, explosives and sophisticated weaponry. In 1842, the family joined him in the Russian city. Since his factory produced armaments for the Crimean War (1853–1856) Immanuel Nobel’s wealth increased even more, but when the fighting ended his firm had difficulties in switching back to regular production and after some years he was forced to file for bankruptcy, leaving his Russian factory in the care of his eldest son, Ludvig. Immanuel Nobel moved back to Sweden with his wife and other children. By investing in innovative and highly effective arms manufacture and the developing oil extraction around Baku, Ludvig recuperated the finances and assured a rapidly increasing wealth for the entire family. His very gifted, younger brother Alfred could thus dedicate himself to science and profitable innovations. He invented dynamite, a safer and easier means of harnessing the explosive power of nitroglycerin and it was soon used all over the world for mining and infrastructure development.

During his life, Nobel issued 355 international patents, among them ballistite, precursor of several modern smokeless powder explosives, which among other uses currently are employed as rocket propellants. Besides his activities as researcher and innovator, Nobel wrote poems and tragedies in English and French and like his older brothers he was a skilled businessman, establishing more than 90 armaments factories around the world – most notably the still existing Swedish firm Bofors, which he developed from being an iron and steel producer into a major manufacturer of cannons and other armaments.

Alfred Nobel traveled around the world, maintained sumptuous houses in France, Germany, Italy and Sweden. He enjoyed opera and theatre, had several love affairs and became friendly with literary giants like Victor Hugo. However, he remained a solitary character, given to bouts of depression, did not marry and had no children.

In 1876, Alfred Nobel put an advertisement in a Viennese newspaper, probably because he assumed Germans in general were diligent and well educated, though he considered that German-speaking Austrians were more agreeable than German nationals: “Request: Wealthy, well-educated elderly gentleman, living in Paris, seeks contact with a language-proficient lady of mature age for employment as a secretary-head of household.” The young Austro-Bohemian Countess Bertha Kinsky responded to the ad and was eventually hired as Alfred Nobel’s secretary. She soon left his employment to marry a previous lover, Baron Arthur Gundaccar von Suttner, though this did not hinder Bertha from maintaining an intensive correspondence with her former employer.

Bertha von Suttner had become a fervent pacifist after experiencing the French aggressive thirst for revenge after a devastating loss to Germany in the Franco-Prussian War of 1870. As part of her efforts to spread her message of peace and fraternity Bertha von Suttner wrote the novel Die Waffen Nieder – translated into English as “Lay Down Your Arms!: The Autobiography of Martha von Tilling”. It became a bestseller and was promptly translated into several other languages. Bertha von Suttner lectured around Europe, appealing to younger audiences and supporting efforts to educate them about the horrific costs of war. It has been argued that Bertha von Suttner aroused a sense of shame and guilt in Alfred Nobel, particularly through her insistence that “great accumulations of property should go back to the community and common purposes and support a renewed enrichment of the world.”

While I watched Nobel’s writing desk at Cercle Suédois, remembering that he at the insistence of Bertha von Suttner had bequeathed 94 percent of his assets for what he believed to be for ”the progress of humanity and preservation of peace in the world”, I could not avoid thinking about a statement Bill Gates and Warren Buffett made in 2010, asking for “a commitment by the world’s wealthiest individuals and families to dedicate the majority of their wealth to giving back.” The Giving Pledge website states that up until now, 210 mega-millionaires have agreed to accept Gates’ and Buffett’s appeals.

I doubt if this is really happening, assuming that many billionaires are giving to fake, or rather ineffective, charities while continuing to accumulate wealth faster than they can possible give it away. This does not mean that I doubt that Bill and Melinda Gates are doing a lot of good, though in 2010 Bill Gates net worth was 53 billion USD and it has now become more than 134 billion, while Warren Buffett’s net worth increased by 43 billion USD. I cannot help wondering what half of these enormous fortunes would have accomplished if dedicated to improving the well-being of the world’s population. Of course, some of Gates’ and Buffett’s humongous wealth must have been dedicated to their much advertised ”pledge”, but what about the other ”mega-millionaires”? I wonder – in particular while considering Trump’s fake charities and blatant tax-dodging and the offshore accounts that billionaires are opening in their efforts to pay next to nothing in taxes.

It is far from any negligible sum. The World’s Billionaires is an annual ranking by documented net worth of the wealthiest billionaires and is in March every year compiled by the US business magazine Forbes. In 2021, the list included 2,755 billionaires with a total net wealth of 13.1 trillion USD, 86 percent of these billionaires had more wealth than they possessed the year before. To me these figures are as incomprehensible as the vastness of the Universe.

Currently, individuals with a fortune of more than 1 million USD constitute approximately one percent of the world’s population, while they control 46 percent of the global wealth. This is quite incomprehensible and considering the minuscule impact of these billionaires’ philanthropy, I cannot avoid thinking there must be some truth to the French anarchist Pierre Joseph Prudhon’s famous dictum that La propriété, c’est le vol! Property is robbery! The good intentions of a guilt-ridden Alfred Nobel and the emerging benefits from the Bill & Melinda Gates Foundation might contribute to ”the progress of humanity and preservation of peace in the world.” Nevertheless, it must be something fundamentally wrong with a world order enabling such a staggering accumulation of private wealth. Hopefully, some of these fabulously rich people might like Alfred Nobel one day realise that their fortunes originate from the labour of others and donate their wealth for the benefit of community.