Will Russia Follow USSR Expelled from League of Nations for Invading Finland in a Bygone Era?

UNITED NATIONS, Mar 1 2022 (IPS) - The Russian Federation, condemned worldwide for invading a founding member of the United Nations– and violating the UN charter– came under heavy fire during a rare Emergency Special Session of the 193-member General Assembly, the highest policy-making body in the Organization.

The emergency meeting, for the first time in 40 years, took place on a request by the UN Security Council (UNSC).

Having survived a critical resolution in the UNSC last week because of its veto, Russia remained politically isolated once again as criticisms poured in from over 100 speakers who participated in the day-long debate.

The meetings in the Security Council and the General Assembly, however, left two questions unanswered: Would civilian killings in Ukraine lead to an investigation of war crimes? And will Russia eventually face the unlikely prospect of being suspended from the General Assembly?

Harking back to history, the League of Nations, the predecessor to the United Nations, formed at the end of World War I, expelled the Union of Soviet Socialist Republic (USSR) in December 1939, in response to the Soviet invasion of Finland the previous month.

Louis Charbonneau, United Nations Director at Human Rights Watch, told IPS Russia may have vetoed a resolution in the UN Security Council last week, even though, as a party to the Ukraine conflict, it was required to abstain. It stood alone– even its stalwart comrade China abandoned Russia and abstained.

But if Russia’s goal was to silence UN member states, it has failed miserably, as evidenced by the historic Emergency Special Session of the UN General Assembly, he said.

“We hope that the General Assembly will adopt a strong resolution demanding respect for human rights and international humanitarian law, protection of civilians, and stress the need for accountability for war crimes and abuses,” Charbonneau declared.

“And we hope either the General Assembly or Human Rights Council will quickly establish a commission of inquiry to investigate war crimes, atrocities and other violations by parties to the conflict. They need to know that if you violate the laws of war, you’ll have to answer for your crimes’, he noted. But he declined to comment on the idea of expelling Russia from the UN.

The last Emergency Special Session, requested by the Security Council, was in 1982 on the crisis on Golan Heights.

The Office of the UN High Commissioner for Refugees (UNHCR) said on February 28 that fighting in Ukraine has pushed roughly half a million people across the country’s borders, as they escaped the advancing Russian military forces.

There were also reports of over 350 civilians killed, including women and children, triggering a humanitarian crisis.

In 1974, South Africa was suspended from the General Assembly, following a 1973 resolution which labeled apartheid a “crime against humanity”.

But it is unlikely the current General Assembly will go in that direction because the Russian Federation, a successor state to the USSR, is a veto-wielding permanent member of the Security Council. 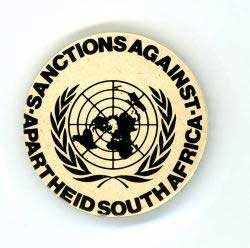 “We are taking this action in accordance with the UN Headquarters Agreement. This action has been in development for several months,” the US State Department said February 28.

Thomas G. Weiss, Distinguished Fellow, Global Governance, The Chicago Council on Global Affairs, told IPS while the nuclear-sabre-rattling Russia is as much a pariah as apartheid South Africa, there is no chance that Russia will be suspended.

“There are different rules, as we all know, for the major-power ganders that do not apply to most member-state geese,” he pointed out.

The “Special” Session of the General Assembly is, well, “special” and has been used only a handful of times in three-quarters of a century of UN history. The number of co-sponsors suggests how isolated Moscow is, he added.

Perhaps there is hope that the usual chorus of voices that see sovereignty as sacrosanct—think China and India—will begin to be willing to say “nyet” to Russian irredentist imperialism? declared Weiss, Presidential Professor of Political Science and Director Emeritus, Ralph Bunche Institute for International Studies, at the Graduate Center of the City University of New York (CUNY).

Told about the expulsion of Russia from the League of Nations in a bygone era, he remarked: “The League was on its last legs. Let’s hope the UN is not!”

Barbara Crossette, a former UN Bureau Chief for the New York Times and currently contributing editor at PassBlue.com, told IPS Russia’s position in the global community has been very much weakened, by the savage unprovoked assault, spurring huge pro-Ukrainian protests around the world, which are non-partisan and non-ideological, seeming to demand that some sort of UN meaningful member action state could hardly be avoided.

“My own Eastern European family — or what remains of it — did not get this kind of attention with the invasion of Hungary or Czechoslovakia”, she said pointing out the images now of well-dressed refugees fleeing their homeland- -as well as the Brandenburg Gate and the Empire State Building (among so many places ) illuminated in Ukrainian colors may be making a difference, said Crossette, a senior fellow of the Ralph Bunche Institute at the City University of New York, and co-author with George Perkovich of a section on India in the 2009 book Powers and Principles: International Leadership in a Shrinking World.

Jens Martens, Director, Global Policy Forum, based in Bonn, told IPS the inability to respond to Putin’s flagrant violation of international law once again proved the ineffectiveness of the Security Council and
its anachronistic composition and veto rules.

The veto power of the P5 – namely the US, UK, France, China and Russia — have always been a major obstacle to resolve global conflicts, he said, pointing out the emergency special session of the General Assembly under the Uniting for Peace resolution is the only way for the UN members to condemn Russia’s violation of the UN Charter.

“It demonstrates that the vision of the UN remains highly relevant. It will probably not change Putin’s mind but it can give moral support to Russia’s civil society and the opposition groups, which reject the war and fight for peace and democracy.

In view of the paralysis of the Security Council, the General Assembly, as the only global body with universal membership, must play a much more important role. In this respect, the emergency special session of the General Assembly can have an important signaling function and set a precedent for the future, said Martens.

Addressing delegates, the President of the General Assembly Abdulla Shahid said the ongoing military offensive is an affront to the founders of this Organization and everything it stands for.

Civilians, including children, have been killed in the violence. “Enough is enough,” he said.  “Soldiers need to move back to their barracks. Leaders need to move to peace. Civilians must be protected.  International humanitarian and human rights law must be upheld.”

The world is facing what is a tragedy for Ukraine, he added, but also a major regional crisis with potentially disastrous implications for all.

Guterres also said Russian nuclear forces have been put on high alert. “This is a chilling development. The mere idea of a nuclear conflict is simply inconceivable. Nothing can justify the use of nuclear weapons,” he said.

Some 352 Ukrainians, including 16 children have been killed to date, he reported, while more than 2,000 were injured. He said now is the time to help his country.

Ukraine’s Ambassador, Sergiy Kyslytsya, said that for the first time since the UN was established, a full-fledged war was unfolding in the centre of Europe.

He also pointed out that while the Russian Federation has done everything possible to legitimize its presence at the United Nations, its membership is not legitimate, as the General Assembly never voted on its admission to the Organization following the fall of the Soviet Union in December 1991.

“Nationalists, however, are deploying heavy equipment and operating in civilian areas — tactics used by terrorists that must be condemned”. For eight years, he said, a human rights body has reported how the neo-Nazis were born and are being maintained in Ukraine, with condemned criminals and convicts carrying out grave crimes, 25,000 machine guns being distributed without documentation, and with parties being tasked with slaughtering communities.

The Russian Federation did not begin these hostilities, which were unleashed by Ukraine, he said, adding that “Russia is seeking to end this war.”

Ambassador Zhang Jun of China, a country that abstained on the Security Council vote against Russia, told delegates, that as a permanent member of the Security Council, China is unequivocal that all countries’ sovereignty and territorial integrity must be upheld.

“The cold war has long ended, and nothing can be gained from stirring up a new cold war,” he said, warning that one country’s security must not come at the expense of another’s and cautioning against the expansion of any military blocs.