Criminality in Politics Does Not Bode Well for Democracy’s Future 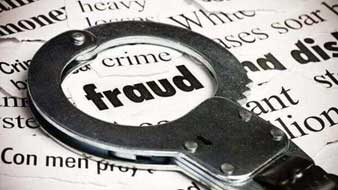 NEW DELHI, India, Apr 20 2022 (IPS) - A trend of declining trust in governments and politicians can turn into a threat beyond some point.

John Adams, an astute political philosopher and second president of the US, was emphatic: “Remember, democracy never lasts long. It soon wastes, exhausts and murders itself.” This has been a subject of intense debate, with recent but mixed evidence. Is this an overly pessimistic view?

The debate, based on big international surveys (such as the World Gallup Poll and Economic Values Surveys) or specific ones, yields conflicting inferences. The key issue is whether loss of political trust (in governments and politicians) is a threat to democracy. A pessimistic view is based on how tax compliance varies with the level of political trust. When citizens believe government is acting for the common good, they see its decisions as legitimate and will be more willing to comply with them. They will pay taxes and obey laws, as this is the ‘right’ thing to do. Conversely, when citizens distrust the government, their willingness to obey its decisions is limited and they are less willing to pay taxes. Given the importance of taxes, a general lack of trust would destabilize the system. 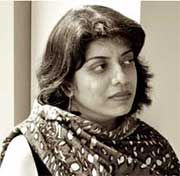 Another and perhaps a more nuanced view (Marien and Hooghe, 2011) is based on an interesting measure of legal permissiveness: whether respondents condone illegal actions. Here too, the key explanatory variable is political trust. Respondents with higher levels of such trust are less likely to have permissive attitudes than those with lower levels. Contrariwise, those who do not express trust in political institutions have a more permissive attitude toward law-breaking behaviour than those with higher trust.

Political trust also impacts the ability of government systems to fulfil their basic tasks for people. Low levels of political trust pose a challenge for the governability of contemporary liberal societies. Indeed, in the worst-case scenario, a vicious cycle emerges for governments and political trust. However, whether this would destabilize democracy is neither stated nor implied.

In India’s context, Vaishnav (2017) develops a model of the electoral market place. He analyses data on politicians, including members of state legislative assemblies (MLAs) and Parliament (MPs), winners and losers in elections, their criminal background, assets, ethnicity, re-election prospects and implications for the sustenance of democracy. In an electoral market, there are buyers (voters) and sellers (parties and politicians). Supply and demand factors are at work. This model is then used to explain the share of politicians with a criminal and wealthy background, their chances of winning an election and re-election and huge financial gains.

Across three recent general elections (2004, 2009 and 2014), a randomly picked candidate had a 6% chance of coming out on top. Compare this with a candidate with at least one criminal case: s/he had a nearly 18% chance of winning. The differences in state elections are slightly smaller but still stark: ‘clean’ candidates (eg, those with no pending criminal cases) have a 9.5% probability of winning, whereas candidates with criminal cases have a roughly 22% chance. 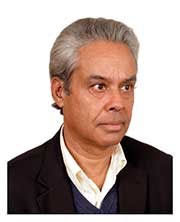 Vaishnav claims that the market is in a state of equilibrium with a large share of criminal politicians. Even if we accept this characterization (in fact, we don’t), two questions arise: Why is the share of criminal politicians not higher?; Are there forces that tend to limit this share? He believes that there are limits to this share. A large share of respondents (in another survey conducted by the author) were for various reasons not in favour of supporting criminal or tainted politicians, since they cared more about the integrity of politicians than their self- interest. Another is that political parties are averse to nominating more than a certain share of such politicians for fear of reputation and credibility losses.

Our more recent analysis (Kulkarni, et al, 2022) raises a few concerns. Over the period 2004 to 2019, the share of criminal politicians in Lok Sabha elections has sharply risen, especially after 2014; 24% of the winners in the 2004 polls had a criminal background; this share rose to 30% in the 2009 general elections, 34% in 2014 and 43% in 2019. The share of criminal politicians is thus expected to rise further. Another related issue is that India’s two major parties continue to have considerably high shares of criminal politicians. Between the two main national parties, of 303 winners from the Bharatiya Janata Party in 2019, 116 (39%) had a criminal record, as against 29 (56%) of the 52 winners from the Congress party. This contradicts Vaishnav’s view that non-dominant but competitive parties worry more about winning a seat in a closely contested election than dominant parties for which the marginal benefit of winning a seat is relatively small. As both national and state elections have become more competitive, with a rise in the number of political parties in the fray, it is difficult to rule out the possibility that tainted politicians with huge resources will continue to be attractive to dominant parties as well. A more serious concern is that, with rising shares of politicians with criminal records, public trust in politicians first rises and then decreases after a turning point where about 40% of MPs have criminal records and only about a tenth of respondents trust politicians.

In sum, while the erosion of political trust is slow, it is consistent and may turn into distrust at some point, with a real risk of the demise of democracy.

This opinion editorial was first published in Mint, India.