ACCRA, Ghana, Apr 7 2022 (IPS) - How would the late Archbishop Desmond Tutu have reacted to the Russian Invasion of Ukraine? Differently than you might think.

The invasion of Ukraine is a mass human tragedy. It is killing Ukrainians, exposing families to violent atrocities, and has driven a refugee crisis of over 4 million people and counting. The war in Ukraine has also reawakened our fear of global war – even nuclear war – and the importance we place on global peace. 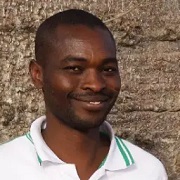 Watching this conflict has us remembering many of the wise words of Mpho’s father, Bishop Tutu, who once said “I am not without hope. When we, humans, walk together in pursuit of a righteous cause, we become an irresistible force.”

The war in Ukraine has also driven global food shortages, particularly in Africa. And it has sparked an energy crisis, and a reckoning with our global addiction to oil.

Seeing this war unfold, Archbishop Tutu would have been horrified. He would have condemned it. But he also would have been unequivocal: this is a crisis of peace, but also a climate crisis, and a once-in-a-generation moment to rally humanity around solutions that could improve our climate, economic and food futures. He would have believed what we believe:

There can be no true global peace, ever, without global action to avert climate change. And this moment is the time we must begin to link these crises inextricably.

Perhaps ironically, as if challenging the human project, the invasion of Ukraine occurred simultaneously with the most urgent and stark, clarion call in history by the United Nations for universal action to mitigate the impact of global warming. Four days after Russian troops began their thrust into Ukrainian sovereign territory, the Intergovernmental Panel on Climate Change (IPCC) released a detailed report entitled Climate Change 2022: Impacts, Adaptation & Vulnerability, on February 28.

The report, and its followup just this week are unequivocal in their dire assessment that humanity is in serious trouble. Indeed, in comments accompanying the release of the report, UN Secretary-General, António Guterres, described it as an “atlas of human suffering.” Guterres was clear in pointing the finger of blame: “The facts are undeniable,” he said. “This abdication of leadership is criminal. The world’s biggest polluters are guilty of arson on our only home.” And amongst those are Russia and the West.

Putin’s purge of Ukraine has triggered the biggest refugee crisis on European land since WWII. The scenes along the Ukrainian border are heart-breaking. Scenes of traumatised and separated families seeking refuge. But also, stories of discrimination experienced by innocent African and Asian students also seeking shelter from the war. But if current climate trends continue, the IPCC expects a billion people living in vulnerable coastal communities across the globe to be at risk from rising sea levels in the next few decades, due to “submergence and loss”. The report is, literally, awash with examples of where this is already happening on every continent.

In other words, what we’re seeing in Poland and worldwide is fast becoming the daily norm worldwide, and could ultimately dwarf the humanitarian crisis Russia’s invasion of Ukraine has unleashed. Seeing the scenes of suffering and bravery from Lyiv and Poland, we say that with humility. But what we see on the border of Poland and Ukraine today is soon to be the rule, not the exception, everyday of our lives if temperatures continue to rise.

Our only hope – and a response that would immediately aid Ukraine – is a collective uprising of humanity, fuelled by the same passionate determination evident in the Ukrainian people as they seek to protect their land. It is time to divert essential resources and energy away from war and the military industrial complex, to be urgently reinvested in a Marshall Plan that seeks to protect our common home and save humanity from existential threat. 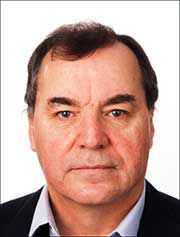 First, nations seeking to end-run or make do by continuing to access Russian oil and fossil fuels must cease and find other alternatives. Nations are putting funds in escrow to buy oil as payment for a day when a better behaved Russia can accept their fee. This day clearly will not come, and these purchases undermine the last best hope for democracy in Ukraine – cutting off Russia’s greenhouse gas economy.

This is what’s best for peace. it’s also ultimately in the best interests of the global community and the planet.

Second, and closest to home for us: The IPCC Report highlights the importance of policymakers focusing on “climate resilient development,” which they argue helps build strength in every society to cope with climate change. We have such a solution – one that only needs awareness, funds and hope.

The Great Green Wall is an epic African initiative whose aim is to cross the continent from Senegal to the Republic of Djibouti to combat desertification, restore degraded lands, protect biodiversity, and offer food and habitat security. We write today with deep concern for the global community, but also as champions of a project that could immediately address the food crisis, economic crisis and climate crisis facing Africa and the southern Hemisphere of the globe.

We have also decided, in memory of the late Archbishop Desmond Tutu – inspired by the IPCC Report and in opposition to all war – to create the Desmond Tutu Peace Forest in Ghana and Burkina Faso as part of Africa’s Great Green Wall. This is a project for peace – one that would seek to turn global discord into optimism and action. Some of the last utterances of Archbishop Tutu’s remarkable life were in support of Africa’s Great Green Wall. In 2020 he said:

… one way to use our power wisely is for civil society across the globe to champion, in solidarity with Africa, the Great Green Wall. Supporting Africa in growing new lungs for the Earth. Lungs that become, with every tree planted, a ribbon of hope, inspiring interfaith harmony, and peacebuilding across the Sahel and throughout the continent.

In creating the Desmond Tutu Peace Forest, we also wish to highlight and support the four great legacy pillars of his life: the ending of all forms of apartheid and hate; the empowerment of women and gender equality; environmental integrity; and peace founded on justice for all.

These are the pillars that will uplift Africa. They are also the pillars that will move us from this conflict in Ukraine towards a solutions-focused humanity that seeks to weave peace from war; opportunity from climate emergency. The Great Green Wall is one of several solutions worldwide that can address the worst impacts of climate change – from the “Green New Deal” in the United States to the preservation and restoration of Amazon rainforest and ecosystems. It is also the least controversial, most immediately scalable and perhaps most powerful symbol of the future we hope to build together.

It’s popularly said and written that “the only way out is through.” The war in Ukraine is a conflict that clarifies the need to raise up solutions like the Great Green Wall – and the Desmond Tutu Peace Forest. The world’s most vulnerable people, indeed, all sentient beings and the Earth itself, need compassion, not conflict.

Help us to grow the Desmond Tutu Peace Forest, and let’s join today to move forward in his memory.