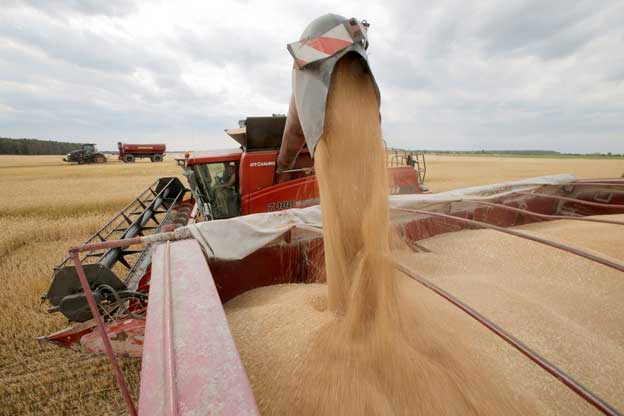 According to the Food and Agriculture Organization (FAO), some $115.4 million are urgently needed to prevent a further deterioration of the food insecurity situation and worsening of the disruption of food supply chains in Ukraine. There is urgency to support Ukrainian farmers in planting vegetables and potatoes during this spring season, and farmers should be allowed and supported to go to their fields and save the winter wheat harvest, the FAO said April 19. Credit: Anatolii Stepanov / FAO

ROME, Apr 25 2022 (IPS) - The breakout of the conflict in Ukraine and the following imposition of heavy Western sanctions on Russia are causing sharp price increases in food and energy commodities —of which both Ukraine and Russia represent key exporters — as well as disruptions to global supply chains, impacting the post-pandemic economic recovery.

As a result, the IMF’s 2022 projections for global economic growth have been revised and now follow a downward trajectory, while global consumer price inflation is expected to increase by 6.4% in 2022, the highest rate since 1995.

Emerging markets and developing countries are expected to see the highest average inflation increases, at 7.1 and 11.6% respectively.

The ripple effects of the conflict in Ukraine are reverberating across the global economy against the backdrop of two years of steadily growing food prices, which reached a record high in February 2022, exceeding the previous peak set in February 2011.

The index then rose by a further 12% in March. Macroeconomic conditions deteriorated for most countries worldwide, with debt levels growing increasingly unsustainable for numerous low-income economies. 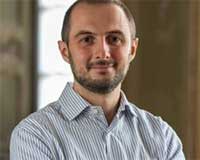 After decreasing steadily over the previous two decades, poverty rates have been growing worldwide since 2020 along with the number of people experiencing food insecurity.

The World Bank estimates the pandemic has led to an additional 97 million extremely poor people compared to pre-pandemic projections. Higher food prices could drive many to require food aid.

A seismic hunger crisis is enveloping the world amidst a time of unprecedented needs. Climate shocks, conflict, COVID-19, and the spiraling costs of food and fuel — compounded by the conflict in Ukraine and its knock-on effects for countries dependent on that region’s supply of wheat (as well as other food) — could drive at least 47 million people across 81 countries to the edge of famine, while the number of severely food insecure people has doubled over the past two years, which currently stands at 276 million, according to the World Food Programme.

Risk factors sparked by the conflict in Ukraine

The ongoing war in Ukraine is likely to affect economies around the world through five main channels, and it is likely to generate major repercussions in numerous countries’ food security and domestic socioeconomic stability in both the short- and medium-term:

• The short-term impact on global food prices: This is given by Russia’s and Ukraine’s roles as major producers of food commodities (primarily cereals and vegetable oils). Since the beginning of the Ukraine crisis, shipments from the Black Sea have been dramatically reduced, with an immediate impact on countries importing cereals directly through this route, especially MENA (Middle East & North Africa) countries.

Short- and long-term disruptions to Ukrainian agricultural production caused by military operations and disruptions to Russian exports triggered by Western sanctions are also driving the rapid increase of wheat prices internationally, which have gradually climbed by over 30% since February, as well as the prices of other cereals such as maize. In March, the FAO Food Price Index recorded a 33% year-on-year growth. This is likely to reverberate across most countries’ local prices, especially those importing major shares of their food requirements.

• The long-term impact on global food prices: This is given by the conflict’s impact on fertilizers’ international prices. Russia plays a key role as a producer of both fertilizers and of the main raw materials utilized for their production. Western sanctions combined with export limits imposed by Chinese and Russian authorities are causing fertilizer prices to climb to record levels, with the price of urea, a key N fertilizer, trebling over the last year. If sustained, the current price increase is likely to reduce fertilizer usage in most countries, likely affecting yields of coming harvests and therefore the future availability of agricultural commodities on international markets.

• The significant increase of international energy prices: This is mainly due to Russia’s status as a major global oil and gas exporter and the imposition of Western sanctions, which may impair and/or make energy imports from Russia more expensive. This is likely to affect the economies of countries who are net importers of hydrocarbons. Furthermore, higher energy prices are likely to compound on food prices increases, as fuel represents a key agricultural input. On a positive note, however, increasing energy prices are likely to help the recovery of those economies that are net exporters of oil and gas.

• Macroeconomic destabilization of economies closely linked with Russia: The ruble’s rapid depreciation after the introduction of Western sanctions against Russia and the expected significant contraction of the Russian economy are likely to reverberate gravely on countries in Russia’s economic sphere of influence. In particular, this includes Kyrgyzstan and Tajikistan, who heavily depend on the remittances generated by migrant workers in Russia.

• Finally, decreasing supplies internationally is already causing some producing countries to limit or ban exports to ensure domestic price stability. This currently represents the biggest risk factor for food markets, as a rapid ban-induced drop on the supply side may exponentially boost the pace of price increases and effectively bar import-dependent economies from ensuring a vital flow of food supplies.

Who are the likely countries to be most affected? Since the current supply drop is affecting the share of global cereals production exchanged internationally – approximately one fourth of the total global production – the countries most likely to be affected are those whose domestic production is gravely insufficient to cover for domestic demand.

Among import-dependent countries, low-income states and/or those experiencing grave macroeconomic imbalances – likely as a result of pandemic-induced economic shocks – are those that may encounter the greatest difficulties in affording imports at current prices. The extent of countries’ exposure to socioeconomic distress from the war in Ukraine will depend on five main factors:

• Direct dependency over imports from the Black Sea basin: countries directly importing significant quantities of cereals from Ukraine and Russia are prone to experiencing growing local food prices and/or shortages. Among them are mostly (but not only) countries of the MENA region, such as Egypt, Turkey, Lebanon, Syria, Tunisia, Algeria, Morocco, and Sudan. Some of these countries have already started witnessing cereals shortages and price spikes.

• Availability of pre-existing food stocks: Several countries have been stockpiling food reserves over the past months to buffer the continuous increase of food prices. Such countries may be able to significantly delay the reverberation of international food price increases on their local markets. Their ability to smoothen the price transmission depends on the volume of their stocks relative to their consumption. For Muslim countries, the Ramadan festivities are likely to accelerate the exhaustion of amassed reserves, if available.

• Dependency on food imports: Countries who are net importers of food items, especially cereals, are likely to experience rising prices over the next months, even if they do not import directly from Russia or Ukraine. The stiff rise of international food prices is likely to spill over into local prices at different moments. According to recent research on this topic, increasing international food prices lead to increasing local prices more rapidly in low-income countries – with a 1/2-month average time-lag – while the transmission tends to take more time in middle-income economies (approximately 6 months).

Hence, although at different moments, the increase of international food prices is going to affect all countries dependent on food imports. The World Food Programme (WFP)’s research has highlighted the Sub-Saharan region’s particularly high exposure over the next months, due to the presence of several economies characterized by both import reliance and low-income levels.

• The presence of local buffers to food-price volatility: In some countries, the presence of subsidy programmes on food items and/or temporary measures to tame price increases may delay or avoid altogether transmission of international price increases to local prices. However, in some countries, such measures may become unsustainable if the price increases are particularly pronounced and/or prolonged. Subsidy reduction or removal due to macroeconomic difficulties may result in rapid and sudden increases in local prices. Such a scenario is likely in countries which are already economically instable, e.g., due to accumulation of unsustainable debt loads.

• The presence of pre-existing macroeconomic vulnerabilities: Countries facing macroeconomic difficulties due to diverse factors – such as heavy debt loads, deep current-account deficits, low foreign-exchange reserves, etc. – are likely to be more exposed to negative repercussions caused by increasing food prices. This is the case, for example, of lower-middle income countries that are usually less exposed to food insecurity, such as Pakistan and Sri Lanka. They may face difficulties in financing additional costs for food imports and/or agricultural inputs imports, such as fertilizers. Such additional costs may exacerbate existing macroeconomic fragilities, making potential macroeconomic crises more likely.

As the conflict in Ukraine does not seem to abate anytime soon, its ripple effects are already reverberating across the entire world, especially across those countries that have suffered the most during the pandemic. Particularly worrisome is the situation of those MENA countries already facing pre-existing crises, such as Yemen, Syria, and Sudan.

In Yemen, 16 million people were already facing acute food insecurity before the beginning of the war in Ukraine, while the figures were 12 million and 10 million for Syria and Sudan, respectively. As these countries import large shares of their essential cereals supplies from the Black Sea, they are likely to face an even more dramatic situation over the next months.

Despite its localized nature, this war is already causing victims worldwide through increased hunger and poverty. The WFP is seriously concerned about the world’s most vulnerable people as soaring food prices impact those the UN agency serves as well as millions of families on the edge of hunger, whose incomes have already plummeted with the pandemic.