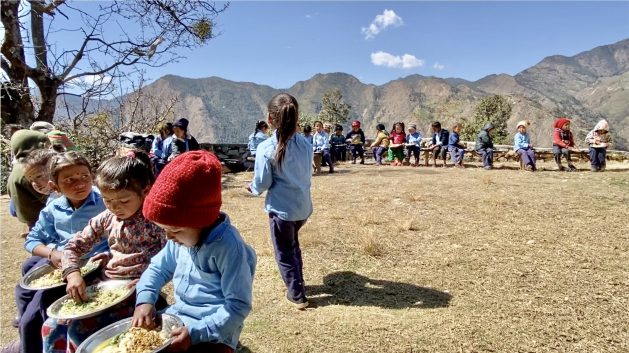 KATHMANDU, Apr 4 2022 (IPS) - When Canada and Nepal are used in the same sentence it’s usually because the former is supporting development efforts in the latter. Not when it comes to feeding children at school.

Worldwide 388 million students, or 1 in 2 schoolchildren, received at least one meal or snack per day at school before the COVID-19 pandemic in what the World Food Programme (WFP), quoting the World Bank, calls the world’s “most extensive social safety net.”

When Covid-19 hit and schools shut their doors, roughly 370 million students in 161 countries went without education and a meal or snack, “suddenly deprived of what was for many their main meal of the day”

Nepal is in a unique position because it is poised to completely take over school feeding from the WFP, which still serves some remote areas of the South Asian country, by 2024. Canada is also being watched because it is just now taking steps to create a centrally-managed programme, the last G7 country to do so, to buttress current patchwork provincial initiatives.

Motivations for governments to launch school feeding programmes vary, but are not solely linked to socioeconomic status, says Donald Bundy, Professor of Epidemiology and Development and Director of the Global Research Consortium for School Health and Nutrition, at the London School of Hygiene and Tropical Medicine, UK.

“Nearly all countries view the programmes as providing a safety net for the most in need,” writes Bundy in response to email questions. “Many view the programmes as contributing to the creation of good health and education, and thus human capital. A substantial group recognize the local economic value to the agricultural sector. A small but increasing number view the contribution to environmental sustainability as important.”

When Covid-19 hit and schools shut their doors, roughly 370 million students in 161 countries went without education and a meal or snack, “suddenly deprived of what was for many their main meal of the day” says WFP’s report State of School Feeding Worldwide, 2020.

In response, governments, development agencies, donors, academia, the private sector, UN agencies and civil society organizations launched the global School Meals Coalition. Its main goals are to restore by 2023 the school feeding programmes lost worldwide because of the pandemic and, by 2030, to launch new ones to feed the 73 million students globally who lacked school meals before Covid-19.

So far, 60+ countries have joined the coalition, including Nepal but not Canada. Its success will depend on the choices that governments make, says Bundy. “Since Covid has affected economies, there has been a contraction of fiscal space which makes getting back to the original situation more difficult… It would seem that countries are prioritizing this investment in their future generations, as indicated by the creation of the coalition, but this has yet to be seen in practice.”

Nepal demonstrated its commitment to school feeding before Covid-19. From 2017 to 2020 the school meals budget almost quadrupled (from $20 million to nearly $70 million), and external funding fell from $4.2 million to $2.8 million in 2020), according to the WFP report. 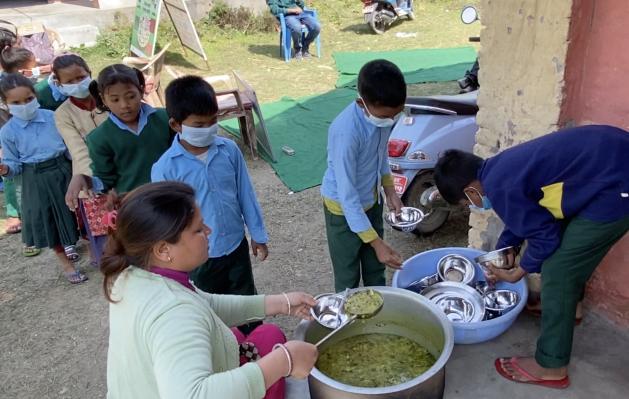 Interestingly, there have been no evaluations in Nepal of the impact of school feeding on students’ nutritional status, says WFP. The country’s School Sector Development Plan (2016-2022) calls for “midday meals in schools to reduce short term hunger among schoolchildren, and address micronutrient deficiencies through multi-fortified foods and diversifying the food basket, including with fresh and locally produced foods.”

While Nepal has drastically cut malnutrition in children under five in recent decades, progress has slowed in the past few years. For example, the 36% rate for stunting (too short for age) in 2016 was greater than the developing country average of 25% and the Asia average of 21.8%.

Today the government’s diya khaja (midday meal) programme covers 71 of 77 districts and WFP is scheduled to hand over operations in the remaining districts (which are already co-funded by Kathmandu) by 2024.

While media reports highlight examples of problems, such as schools handing out dry food to students instead of cooking a hot meal and possible corruption in handling money, reactions at schools recently visited in Nepal’s Far West Province were mainly positive. Officials, teachers and parents stressed attendance had risen, and that pupils were remaining for the entire school day instead of leaving for lunch and staying at home.

Ten local food menus—based on seasonally available foods in particular regions and designed to meet nutritional targets—were credited for the change. “Students are more satisfied now because the meals change daily. With the WFP system there was only one item,” says Headmaster Dev Bahadur Chand at Nanigad Basic School in Baitadi District.

Chand was the only person we spoke to who was satisfied with the programme’s budget of 15 rupees (US$0.12) per meal per child (20 rupees in five remote districts). Others said that while the amount could cover food costs it didn’t leave enough to pay a cook or fuel and transport fees.

At the Nepal Government office that manages the burgeoning programme, the Centre for Education and Human Resources Development (CEHRD), Director Ganesh Poudel acknowledges that issue. “Each child is allotted only 15 rupees; this is the main challenge. This amount is very low—prices are increasing day by day and there are management costs. How can we survive? We have very limited resources,” he says in an interview in his office.

The other major challenge, says Poudel, is human resources. “Nearly one million people are involved in preparing and delivering the school meal programme, directly and indirectly. Some will cook, some will manage, some will pay… How can we prepare them? It requires a big amount of money and preparation.”

While WFP will no longer implement a school feeding programme from 2024, it will remain a partner in the effort, says Nepal Representative and Country Director Robert Kasca. Today, it’s working with the government to upgrade physical and human resources for school feeding in Nuwakot district, a two-hour drive from Kathmandu. Kitchens are being renovated, menus developed and an SMS-based system tested to monitor how the Rs15 allocation is spent.

“Our plan in the next five years will be to try to replicate it around the country,” says Kasca. “If we only do it in Nuwakot it’s not going to automatically happen around the country. We need to do it in many more places to start gaining momentum.” 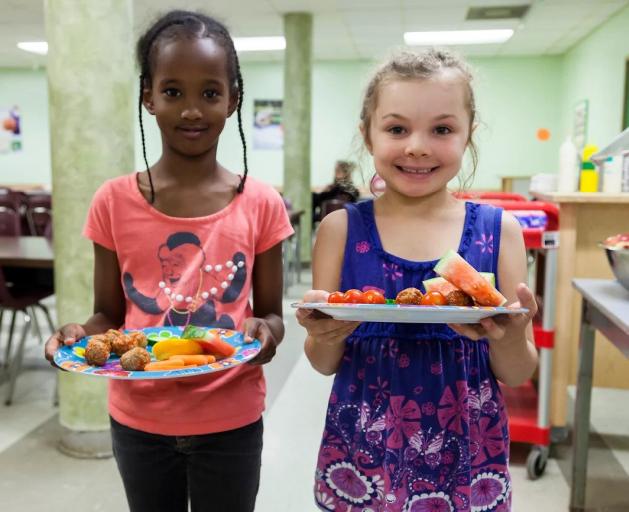 In Canada, the issue is not launching more school meals programmes but getting the central government to play a guiding role, says Debbie Field, Coordinator of the Coalition for Healthy School Food. Why now? “Basically every country in the North comes up against a new crisis, which is the crisis of fast food and the crisis of health problems related to an industrialized food system,” says Field.

“First and foremost for me, it is a crisis of food and the way in which parents of all incomes are really struggling to feed their children healthy food.” Compared to 1948, when the federal cabinet last discussed school meals, “we have a vast difference of women’s participation rates in the workforce and a complete shift in our school day—most schools have a half hour a day for lunch,” adds Field.

In a written response to questions, Karina Gould, Canada’s Minister of Families Children and Social Development, wrote that the school food policy being developed would “provide access to healthy, diversified and balanced food as a matter of equity, which is essential to addressing food insecurity, reducing the risk of chronic disease and enabling every child to reach their full potential.”

Thirty-five percent of publicly-funded schools in Canada offered a programme in 2018-2019, covering 21 percent of students, from junior kindergarten to Grade 12, found a recent survey. But coverage varied immensely, with one province covering at least 90 percent of schools another just 10 percent.

Field says she is expecting the government to announce C$200 million in the upcoming budget to develop the framework for the eventual programme. But her coalition wants some of that money allocated to existing programmes in the provinces and territories. Eventually, says Field, the central government should provide $2.7 billion, or half the cost of a universal programme, with the provinces and territories contributing the rest.

“We want (the central government) to take a leadership oversight role and provide a federal framework that will allow for development of the best school food programme in the world. We want them to be visionary… and they’re responding well to this idea.”

This work was supported by a Global Nutrition and Food Security Reporting Fellowship from the International Center for Journalists and the Eleanor Crook Foundation.