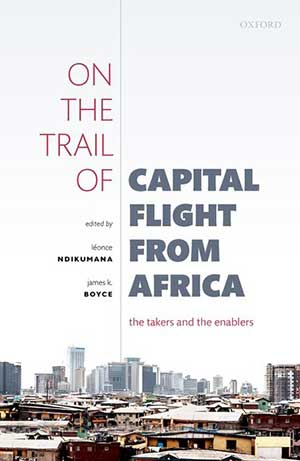 Capital flight is enabled, not only by national conditions, but also by transnational facilitators. Internationally, capital flight is aided by institutions and professional enablers such as bankers, lawyers, accountants and consultants.

Capital should flow to investments yielding the most returns. But economic theory suggests making more depends on appropriating what economists call ‘rents’. These rents may be secured by many means, legal or otherwise.

Since the 1990s, the IMF’s sixth Article of Association – authorizing national capital controls – has been ‘flexibly reinterpreted’ by management and staff. Instead of protecting national economies, they have eased transborder capital flows – and flight.

To add insult to injury, advocates falsely claim that more capital will thus flow into, rather than out of developing countries. After all, conventional economic theory insists capital flows from ‘capital-rich’ to ‘capital-poor’ countries.

The reality of capital flowing ‘upstream’ – to rich countries – underscores how mainstream economic textbooks mislead. Clearly, the real world is very different from the one that such economists believe should exist.

Enabling illicit outflows
Unsurprisingly, the wealthy – especially the ‘crooked’ – want to keep their assets abroad – beyond the reach of national authorities, and rivals. As such wealth has often been acquired illicitly, owners want to protect themselves from investigation, prosecution and expropriation.

Capital flight is enabled by transnational financial networks with considerable influence. These involve global banks and financial institutions, auditors and accounting firms, tax lawyers and consulting firms for hire. Along with corporate executives and government officials, they facilitate capital flight, sharing in the spoils.

With both states and markets at their disposal, transnational financial networks successfully overcome national constraints. Prerogatives of national sovereignty are also abused to obscure their transactions and operations from surveillance.

Capital flight is enabled, even incentivized by national environments allowing the wealthy to surreptitiously sneak financial assets offshore. Instead of helping developing countries protect their meagre assets, international financial institutions have facilitated, even worsened the haemorrhage.

Elites influence the law and its enforcement, typically by employing enabling professionals and friendly legislators. After all, laws and governments are neither impartial nor efficient, constantly reshaped by influence, often connected to wealth. Hence, some illicit activities and wealth may be unlawful while others may not be.

Such outflows may even be triply illicit – in terms of mode of acquisition, concealment from tax authorities, and transfer across borders. But not all illicitly transferred flight capital is illicitly acquired. Conversely, illicitly obtained wealth – ‘laundered’ before being transferred abroad legally – is not deemed capital flight.

Some capital flight involves legally acquired wealth illicitly transferred abroad. This may be reported as trade-related payments on the current account – not involving capital account transfers. They may thus bypass, or even contravene capital controls and foreign exchange regulations.

Hence, the volume and significance of capital flight estimates tend to be understated. Capital flight is easier from most developing economies – which have become more open in the last four decades with economic liberalization, often demanded by structural adjustment programmes.

Many developing countries continue to suffer significant resource outflows, largely due to illicit capital flight. On the trail of capital flight from Africa: The Takers and the Enablers – edited by Leonce Ndikumana and James Boyce – studies this blight in sub-Saharan Africa. The world has much to learn from their forensic analysis.

The volume estimates haemorrhage from African countries since 1970 at US$2 trillion! Of this, almost 30% has been lost in the 21st century. Adding interest, cumulative offshore assets were US$2.4 trillion by 2018 – more than thrice Africa’s external debt!

The West’s piecemeal approach to sanctions targeting individuals is recognized as costly, time-consuming and ineffectual. Instead, the editors recommend a pre-emptive, across-the-board effort to undermine transnational networks enabling illicit financial flows. This should begin with closing financial system loopholes.