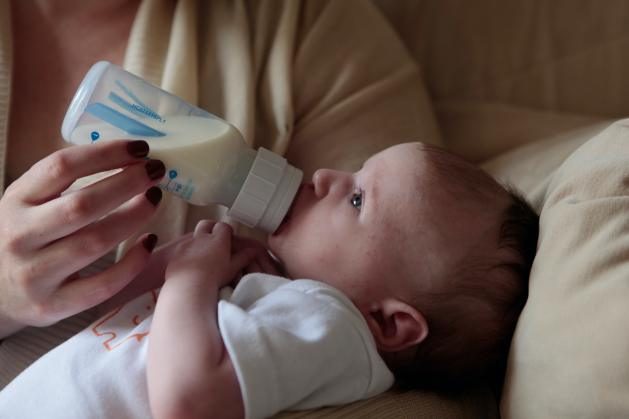 The global formula milk industry, valued at some 55 billion US dollars, is targeting new mothers with personalised social media content that is often not recognisable as advertising. Photo by Lucy Wolski on Unsplash

MADRID, May 6 2022 (IPS) - The world’s leading health and children specialised organisations have once again sounded the alarm bell about what they classify as “shocking, insidious, exploitative, aggressive, misleading and pervasive” marketing tricks used by the baby formula milk business with the sole aim of increasing, even more, their already high profits.

On this, the World Health Organization (WHO) at the end of April this year explained that formula milk companies are paying social media platforms and influencers to gain direct access to pregnant women and mothers at some of the most vulnerable moments in their lives.

The global formula milk industry, valued at some 55 billion US dollars, is targeting new mothers with personalised social media content that is often not recognisable as advertising.

The new WHO report titled Scope and impact of digital marketing strategies for promoting breast-milk substitutes has outlined the digital marketing techniques designed to influence the decisions new families make on how to feed their babies.

Three times as much

Formula milk companies post content on their social media accounts around 90 times per day, reaching 229 million users; representing three times as many people as are reached by informational posts about breastfeeding from non-commercial accounts.

This pervasive marketing is increasing purchases of breast-milk substitutes and therefore dissuading mothers from breastfeeding exclusively as recommended by WHO.

“The promotion of commercial milk formulas should have been terminated decades ago,” said Dr Francesco Branca, Director of the WHO Nutrition and Food Safety department.

“The fact that formula milk companies are now employing even more powerful and insidious marketing techniques to drive up their sales is inexcusable and must be stopped.”

The report compiled evidence from social listening research on public online communications and individual country reports of research that monitors breast-milk substitute promotions, as well as drawing on a recent multi-country study of mothers’ and health professionals’ experiences of formula milk marketing.

The studies show how misleading marketing reinforces myths about breastfeeding and breast milk and undermines women’s confidence in their ability to breastfeed successfully.

The proliferation of global digital marketing of formula milk blatantly breaches the International Code of Marketing of Breast-milk Substitutes (the Code), which was adopted by the 1981 World Health Assembly.

The Code is a landmark public health agreement designed to protect the general public and mothers from aggressive marketing practices by the baby food industry that negatively impact breastfeeding practices.

Industry to stop, governments to act

WHO has called on the baby food industry to end exploitative formula milk marketing, and on governments to protect new children and families by enacting, monitoring and enforcing laws to end all advertising or other promotion of formula milk products.

This is the first time WHO has used a social media intelligence platform to generate insight into the marketing practices of multi-national formula milk manufacturers and distributors.

This industry standard approach “listens” to the billions of daily exchanges and conversations that take place amongst social media users around the world and on other digital platforms, such as websites and forums.

This investigation captured digital interactions that occurred between 1 January and 30 June 2021, referenced infant feeding across 11 languages and 17 countries, which together account for 61% of the global population and span all six WHO regions.

Parents and pregnant women globally are exposed to aggressive marketing for baby formula milk, according to a report launched jointly by two UN agencies last February.

How marketing of formula milk influences our decisions on infant feeding, the first report in a series by the World Health Organization (WHO) and the UN Children’s Fund (UNICEF), draws on interviews with parents, pregnant women, and health workers in eight countries.

More than half of those surveyed acknowledged that they had been targeted by formula milk companies.

The report found not only that industry marketing techniques include unregulated and invasive online targeting, but also sponsored advice networks and helplines; offered promotions and free gifts; and influenced health workers’ training and recommendations.

Surprised? Well, nobody should really be, now that the voracious push for making more profits and accumulating more money has already supplanted Nature and whatever is natural.