NEW DELHI, India, Jun 27 2022 (IPS) - The Covid-19 pandemic has impacted lives all over the world. According to this report, gender is emerging as a significant factor in the social, economic and health effects of Covid-19. Women have been hit much harder socially and economically than men. The greatest and most persistent gender gap was seen in employment and uncompensated labour, with 26% of women reporting loss of work compared with 20% of men globally in September 2021. 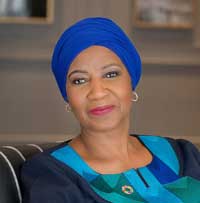 UNESCO has projected almost 11 million girls might not return to school due to Covid-19’s unprecedented education disruption. This alarming number not only threatens “decades of progress made towards gender equality, but also puts girls around the world at risk of adolescent pregnancy, early and forced marriage and violence,” states this report. As almost 90% of the world’s countries have shut their schools in efforts to slow the transmission, this study estimates that 20 million more secondary school-aged girls could be out of school after the crisis has passed.

“The world has changed, and these changes are impacting women. Poverty has deepened, the sexual and reproductive health and rights of women are under attack, climate change is upon us, and changes in technology are also disproportionately impacting women. The world is facing a gender divide,” says Dr Phumzile Mlambo-Ngcuka, Chair of the Board at Women Deliver and former United Nations (UN) Under Secretary General and Executive Director of UN Women in an exclusive interview given to IPS News.

The impact of Covid-19 pandemic has threatened to reverse decades of progress made towards gender equality. Mlambo-Ngcuka says, in the last decade the world was heading in the right direction including addressing extreme poverty, but now things have changed.

“The pandemic has hit women disproportionately and young women, women are now facing food insecurity in a significant way, and of course we’ve seen that the conflicts have not ended, they have escalated. We have the war in Ukraine, and as you may know any situation that creates a humanitarian crisis, women are always likely to be the ones that pay the price more than men bearing arms. Women and children tend to be affected much more and then of course an increase in gender-based violence in trafficking of women,” says Mlambo-Ngcuka.

Women have faced compounding burdens from being over-represented working in health systems, to facing increased risks of violence, exploitation, abuse or harassment during times of crisis and quarantine. Women have been at the forefront of the battle against the pandemic as they make up almost 70% of the healthcare workforce, exposing them to greater risk of infection, while they are under-represented in leadership and decision-making processes in the healthcare sector.

This crisis and its subsequent shutdown response resulted in dramatic increase in unpaid emotional and care burden on women and families, women were already doing most of the world’s unpaid care work prior to the onset of the pandemic, only to have it increased since 2020.

Worldwide, women lost more than 65 million jobs in 2020 alone, resulting in an estimated US$800 billion loss of income, an estimate which doesn’t even include wages lost by the millions of women working in the informal economy – domestic workers, market vendors and garment workers – who have been sent home or whose hours have been drastically cut. COVID-19 has dealt a striking blow to recent gains for women in the workforce.

“Honestly, my heart goes out to our young people today just because of the difficulties we are facing. I do want to challenge older people like myself to really open the space through collaborations and co-creations with younger people, their involvement and engagement should not be token, but real.

“It’s important for us to mobilize allies from the other side so that it is not always women who are knocking on doors, there must be someone inside who is trying to open the door for you. Working with men and pushing an agenda for men to stand for gender equality is also very important. I go back to emphasizing on the need to have policies, we always must open a door for more people to come in and be empowered,” says Mlambo-Ngcuka.

However, one area where women stood out was where data supported the fact that countries led by women handled Covid-19 much better than their male counterparts. Countries with female leaders tend to have lower Covid-19 death rates and better economic performance, but the number of countries with women in executive government positions continues to remain low. As of 1 September 2021, there are only 26 women serving as Heads of State or government in 24 countries.

Whether it is balanced political participation, leadership roles in organizations or power-sharing between women and men, Mlambo-Ngcuka believes the answer lies in setting targets, quotas and policies for effective participation and representation of women.

“We need to have mechanisms for accountability towards those who are responsible for implementing these measures, and we also need women themselves to continue making demands, we must balance what happens in boardrooms policy-wise and outside through those who are carrying black cards.

“It’s hard to talk about progress but you cannot deny that there are more women leaders than before, that’s for sure there are more women in the labour force, more girls in schools, but our best is not good enough, there is still much more for us to do,” says Mlambo-Ngcuka.