On Monday June 20, there will be an informal high-level UN meeting to mark the commemoration of the first International Day for Countering Hate Speech. 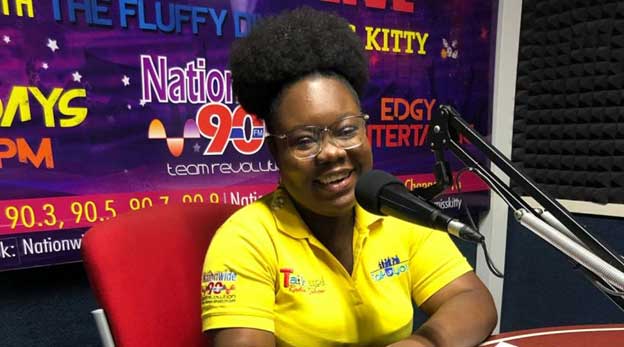 "While there is no singular cure for hate speech, my wish is for young people to stand up and fight against it." Credit: University of the West Indies (UWI)

MONA, Jamaica, Jun 17 2022 (IPS) - Hate speech is a phenomenon that can be defined as threatening speech or writing expressing prejudice towards a specific group, primarily based on race, religion, or sexual orientation.

As a black undergraduate student from Jamaica, especially being a part of Generation Z, I have experienced countless attacks in the form of hate speech. This phenomenon has grown immensely over the years, taking different shapes and forms. One major reason for this is the advancement of technology, and more so the creation of new media or social media.

However, what is interesting is that the same platforms used to immortalize hate speech can also be used to combat it in creative ways. We must realize that we are an unhappy generation of young people.

Because of the contrasting beliefs and viewpoints that we have surrounding identity, we are constantly struggling to embrace each other’s uniqueness. Sadness consumes us and acts as a catalyst for hate speech. Which, if left untreated, catapults into violent behaviors.

We are often unimpressed by the power of language and uninterested in how our speech can cause harm. Many reasons come to mind when I think about why the contagious disease of hatred continues to spread.

One main reason is the lack of education, which stems from being socialized in a way that glorifies hate and celebrates violence. This is not an idea based on mere observation but rather the reality for many Caribbean people — including myself— who were raised in vulnerable communities.

The sad truth is, the individuals tasked with taking care of us were themselves brought up in toxic environments that failed to teach them how to properly engage with other people, especially those who may be different from them.

It is like a full circle: older generations teach us, their children, to express hate, and so the cycle of hate continues. Although there are many ways to combat this viewpoint that promotes hate speech, including via institutions of socialization such as schools and churches, other stakeholders have a role, including the media. They are needed to grow a community of emotionally intelligent and understanding people.

From a Caribbean perspective, hatred spreads because of negative stereotypes emerging from our history, for example, through colonization. Negative stereotypes see some groups or individuals as being different or inferior to others.

For example, a lighter-skinned individual is given a job over a dark-skinned woman like me. Or a man is given more pay than my friend who is a woman who is equally qualified.

Harmful stereotyping fuels hate speech and appears when we see the idea that one group is superior and another inferior. This has pitted us against each other, and to reinforce this, we take to social media and spew hateful comments to individuals hailing from groups viewed as “less than.”

Unfortunately, this way of thinking has been embedded in our minds and without the desire to unlearn these tendencies, hate speech — and ultimately violence — will persist.

Hate speech is one of those problems that can influence society and develop into something worse. Hateful phrases and casual racist comments — the language used to highlight our distaste for something, or someone, are all-powerful, impactful, and dangerous.

Especially when many people believe them. Hate speech, if left to flourish, can lead to grave acts of violence on a large scale. And it is no secret that hate speech contributes to hate crime.

Therefore, we need innovative and creative ways to combat hate speech. I believe that both traditional and new media can provide support. For instance, by conceptualizing and creating educational, fun, and engaging programs on television and radio for young people.

But to convince youth, they must believe that whoever is sharing this information with them understands their circumstances and that the story told to them is relevant to their lives.

With cultivation theory in mind—a theory that suggests that individuals who mostly consume television programs are more likely to perceive the real world in a way most commonly depicted in television messages, we could argue that constantly showcasing programs that show acts of hate speech as unacceptable, could have a positive impact on viewers which can influence their behavior.

With the rise of social media, the transmission of information is as fast as the speed of light, and sadly hate speech, or cyberhate, follows closely behind. There has never been a time that I have been scrolling on social media that I did not come across some offensive speech. It is alarming that a single person does not engage in hate speech; rather it is often a large group of individuals—perhaps due to misconceptions and misinformation.

Creative campaigns via social media platforms can also help to combat the problem. This will not solve the issue; however, social media can be used to fight hate speech through “counter-speech.”

That is sharing easily digestible content focused on inclusivity, equality, and diversity. Imagine funny videos teaching youth how to respectfully disagree with each other, or ‘live’ sessions with influencers speaking about their experiences with hate speech.

Live sessions with influencers utilizing humor and creative campaigns would be pretty powerful nowadays and could also make a very accurate statement so loud that young people would be forced to listen and pay attention to it.

A lot more can be done, for instance, by creating codes of conduct that would somehow influence online behavior. The ultimate goal would be to educate youth so that they want to be respectful and not indulge in hate speech.

I can see and imagine a society filled with love, peace, and understanding. While there is no singular cure for hate speech, my wish is for young people to stand up and fight against it so that this disease will have no place in our society.

We must rethink and redefine our ideas about identity, gender, and race. And those working together to create new pressure points to tackle hate speech need to listen to the voices of young people.

The author is a social media strategist, radio host and producer, and undergraduate student of the Integrated Marketing Communication program in the Caribbean School of Media and Communication at the Mona Campus in Jamaica of the University of the West Indies, a member institution of the United Nations Academic Impact (UNAI).