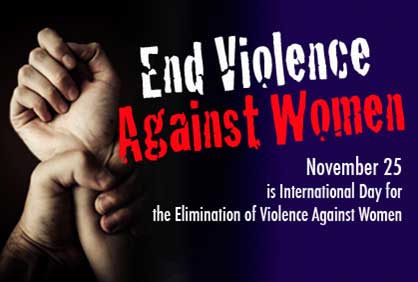 The International Day for the Elimination of Violence Against Women on 25 November, followed by the global 16 Days of Activism Against Gender-based Violence, is a moment to reflect on, renew, amplify, and strategize to achieve commitments to eliminate violence against women by 2030. Ending violence against women is possible, but only if we act together, now, says the United Ntions.

KUALA LUMPUR, Malaysia, Nov 23 2022 (IPS) - Violence against women is a global crisis, prevalent in every community and society around the world. Globally, estimates published by WHO indicate that about 1 in 3 (30%) of women worldwide have been subjected to either physical and/or sexual intimate partner violence or non-partner sexual violence in their lifetime. Yet, there is limited coordination and insufficient funding to truly address the scale of the issue.

This has catastrophic consequences for the individual women affected, who have their rights violated, bodily integrity and psychological wellbeing undermined and health harmed. It also has ramifications across society, including the costs of providing services to respond to violence and the financial impact of violence itself.

While these costs are borne across sectors, including health, policing, social services and education, among others, often efforts to reduce or prevent violence against women suffer from limited budgets and siloed funding streams. The invisible costs borne by women, and their children, families and communities, are also missing from many responses. While nearly three out of four countries have policy infrastructure in place to support multisectoral action to address violence against women and girls, only 44 percent of countries report having a national budget line item to provide health services to address violence against women.

Recent analysis indicates that foreign donors play a critical role in financing GBV interventions but funding is limited and uncertain, and fails to comply with human rights principles. Bridging the gap between policy and implementation is critical if efforts to reduce violence against women are to meet the urgency and scale required.

Ending violence against women is an urgent legal, moral and ethical imperative. Effective interventions to reduce, prevent and respond to gender-based violence in all its forms must be a priority for all governments.

In addition to ending the violation of women’s human rights and the perpetuation of gender inequality that violence against women represents, interventions to end gender-based violence contribute to achieving the sustainable development goals and more broadly to furthering the development of societies. Effective coordinated investments are a key part of achieving this necessary aim, but it is important to underscore that the case for ending violence does not turn on return for investment.

Recognising the challenges introduced by siloed budgets, UNDP and UNU-IIGH collaborated on a project, with the support of the Republic of Korea, to produce new tools and evidence on “participatory planning and paying models”. These models engage diverse community stakeholders in defining their own solutions and establishing sustainable financing for local GBV action plans.

The approach prioritises the need to engage with diverse policymakers and stakeholders at the local level to generate effective solutions to address violence against women that are both contextually relevant and locally led. The pilots were implemented in Indonesia, Peru and the Republic of Moldova.

Findings from these pilot projects have been published to mark the World Day for Elimination of Violence against Women. Importantly, the models centre the participation and leadership of women and women’s civil society, embedding women’s rights activists in local structures that develop the plans and budgets to address gender-based violence.

The core idea underpinning the participatory planning and paying approach is simple: the benefits of reducing violence are shared by everyone, so the costs can also be shared. Different sectors stand to gain from the financial benefits of reducing violence against women, but are unlikely to adequately fund a comprehensive programme of prevention and response if each acts separately.

Instead, bringing these sectors together along with local communities and other stakeholders, the project facilitated the development of local action plans (LAPs) to address GBV, using participatory methods. Each LAP addressed locally defined priorities to prevent and respond to violence with targeted benefits across a range of health, economic and social sectors and issues.

The LAPs are costed, and, just as the plan itself is participatory, so too is paying for its implementation, with ‘payers’ identified across sectors, and budgets pooled to maximise impact. Rather than siloed budgets funding a mixture of interventions and services with no coherent structure, funding streams are pooled to support a coordinated plan. Through collaboration, shared expertise and decision-making, and local community accountability, the total is greater than the sum of its parts.

Implementing this innovative model is inherently challenging. Particularly in resource-constrained settings such as the settings for these pilots, there are competing demands for limited budgets, and multiple priorities that struggle for attention and funding. Breaking down siloes to achieve shared financing is a political, contested process, and centring the voices, priorities and rights of women, especially those most marginalised, is a challenge.

A key learning from the pilot projects is the need to ensure that senior decision-makers who have budget responsibilities in key sectors and government departments, are engaged early in the process of developing LAPs to gain their support.

Despite the challenges, the benefits of shared budgeting and resource mobilisation are clear. In Peru, UNDP undertook a ground-breaking study to estimate the costs associated with failing to prevent gender based violence. The “Cost of No Prevention” study estimated the annual costs of GBV in the Villa El Salvador community (where the project pilot was implemented) at nearly $72.9 million USD (in 2018 figures), including direct costs such as health care and indirect costs such as absence from work and loss of income, borne by affected women, their children and families, networks and wider communities.

Cost estimates for the participatory planning process to prevent and respond to GBV were estimated at $256,000 USD over 2.8 years (including the costs of project initiation and development of tools and products, so will reduce over subsequent years). This is a clear demonstration of the value for money of participatory approaches to planning and paying models to address gender-based violence.

Failure to adequately prevent and respond to violence places the costs squarely on women’s shoulders. The “Cost of No Prevention” study estimated that 45% of the costs of GBV are absorbed by the affected women themselves, including the costs of increased physical and mental health problems, out of pocket expenses and lower income.

A further 11% is subsidised by households and 44% by the community, including missed school days for children affected by violence in the home, and provision of emotional support, shelter and personal loans by others in the community. Inadequate funding, siloed budgets and limited resources only increase the costs for women, communities, and societies.

Participatory planning and paying models offer a blueprint to fund and provide the services and interventions women need, want and are entitled to. Ultimately, someone must pay the price of violence against women.

Dr Jacqui Stevenson is a research consultant, leading work to generate new evidence on the intersections of gender and health, including GBV and COVID-19, at the UN University International Institute for Global Health.