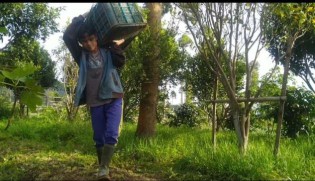 By Kafil Yamin
The nighttime glitter of Indonesia’s cities and urban centres contrasts sharply with darkness of the hinterland where some 90 million people live without the benefit of electricity.

JAKARTA, Jun 17 (IPS) 2012 - Studies on carbon emissions conducted in the Bogor Agricultural University (BAU) in West Java confirm that the worst culprits are students with their trendy lifestyles.

By Kafil Yamin
The 18,000 litres of clean water that Jakarta consumes per second are expected to hit 26,000 litres by 2015. The solution? A 54-km stretch of toll road cut through prime paddy land to access the water resources of this salubrious hill district.

By Kafil Yamin
The fate of a gender equality bill pending in Indonesia’s parliament and aligned with the United Nations convention on the elimination of all forms discrimination against women (CEDAW) has become uncertain after falling afoul of powerful Islamist groups.
ADVERTISEMENT ADVERTISEMENT