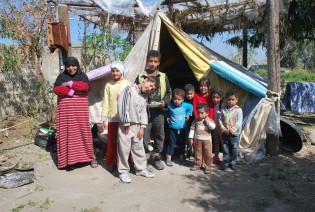 By Mutawalli Abou Nasser
Tens of thousands of Palestinians living in Syria have been uprooted since the violent government crackdown on the uprising and the ensuing battles that ensnared their communities. For around 50,000 of them, Lebanon was their only safe route out but now it seems this door is being closed on them.

By Mutawalli Abou Nasser
The school system in Syria’s largest Palestinian refugee camp Yarmouk, located in capital Damascus, has been shattered by the fighting that now bedevils the community and the siege that strangles the district. Some tenacious teachers are, however, refusing to leave the camp and are battling against odds to provide education to an ever-growing number of youngsters.