Alliance for a Green Revolution in Africa (AGRA) 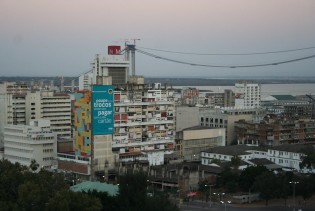 By Busani Bafana
Africa currently imports almost 40 billion dollars worth of food a year, but it should implement measures to attract private sector investment in agriculture in order to reduce its food import bill and increase its self-reliance, experts in the sector tell IPS.
ADVERTISEMENT ADVERTISEMENT