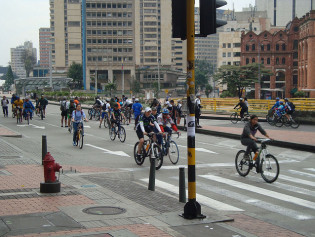 By Constanza Vieira and Helda Martínez
A strike declared nearly two weeks ago in Colombia by farmers and joined later by truck drivers, health workers, miners and students spread to include protests in the cities before mushrooming into a general strike Thursday, demanding changes in the government’s economic policies.
ADVERTISEMENT ADVERTISEMENT