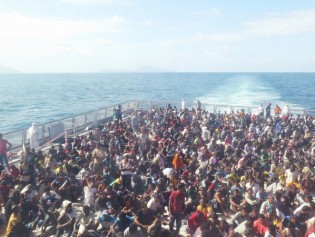 By Silvia Giannelli
His journey started four years ago in Conakry, Guinea. Now that Mamoudou* has finally reached Italy, he hopes this will be his final stop.
ADVERTISEMENT ADVERTISEMENT