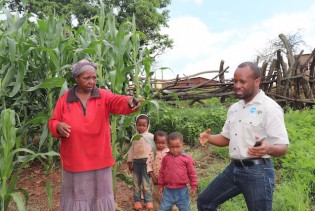 By Busani Bafana
The island state of Jamaica is vulnerable to climate change which has in turn threatened both its economy and food production. But the Caribbean nation is taking the threat seriously and it has constructed a robust policy framework to support national climate action, particularly when it comes to promoting climate-smart agriculture (CSA).
ADVERTISEMENT ADVERTISEMENT