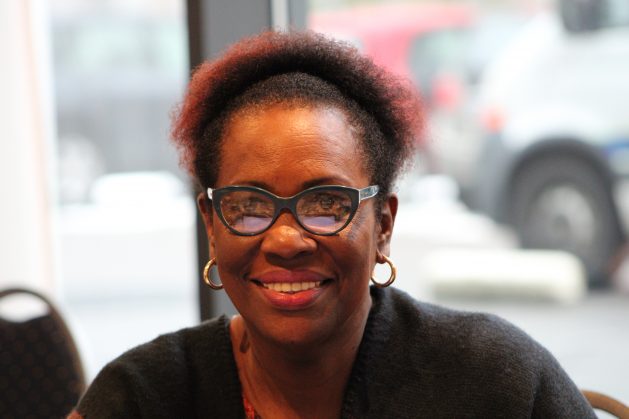 BULAWAYO, Zimbabwe, Feb 18 2019 (IPS) - The island state of Jamaica is vulnerable to climate change which has in turn threatened both its economy and food production. But the Caribbean nation is taking the threat seriously and it has constructed a robust policy framework to support national climate action, particularly when it comes to promoting climate-smart agriculture (CSA).

“Climate change is a threat to Jamaica,” Una May Gordon, Principal Director, Climate Change Division, in the Ministry of Economic Growth and Job Creation, told IPS. “We have pulled all the stops to deal with it in a smart way. Developing and implementing effective policies has been our weapon to fight climate change especially to protecting agriculture, a key economic sector.”

According to the Food and Agriculture Organisation of the United Nations (FAO), CSA pursues the triple objectives of sustainably increasing productivity and incomes, adapting to climate change, and reducing greenhouse gas emissions where possible. Though this does not imply that every practice applied in every location should produce ‘triple wins’.

The Climate Change Division was created in 2013 in a deliberate attempt to place specific emphasis on the climate agenda. Jamaica recognised that climate change was affecting the country’s different sectors and instituted measures such as better management of water resources, adopting sustainable farming practices and planting crops that can withstand erratic weather conditions.

As the focal point for climate change in Jamaica, the Climate Change Division has facilitated the streamlining of climate change throughout the government structures. Gordon explains how Jamaica, which signed and ratified the 2015 Paris Agreement, has implemented resilience-building measures in the agriculture sector as part of climate change mitigation and adaptation.

Una May Gordon (UG): Agriculture is one of the major sectors and major drivers of the Jamaican economy and it is probably the largest employer of labour within the economy. Agriculture is grounded on the rural economy and therefore affects the lives of small farmers and farm families. Drought, the [low] rainfall, the disparity in the cycles, increasing pests and disease and all these are climate related and we have seen the impacts on the production and the livelihood of the farmers.

On the other hand, there is the sea level rise; the large part of the Jamaican coastline is being impacted. Most of our critical infrastructure is within 5 kilometres of the coast and therefore many coastal communities [are also based along the coast]. We are seeing the impacts on the coastal communities and with the warming waters, we have seen less fish catches.

IPS: How do these policies work?

UG: The climate change policy has actions and activities to implement to make agriculture resilient and sustainable by adopting mitigation measures such as water management, better cropping to reduce agriculture’s environment impacts.

IPS: How is CSA working?

UG: CSA, for us, is agriculture that is sustainable, that speaks to farmers and adapts to climate change. From a mitigation point of view, we talk about efficiency and reduction of waste and support for forest development.

Many farmers are on the borderline with the forests. In Jamaica, the preservation of the forest is about the sustainability of the production system and the adaptation and mitigation efforts of the farmers.

IPS: How do we get farmers to change their behaviour and recognise this?

UG: If farmers are not aware of the weather-related impacts, then they will be not be able to take action. And so the Met Service is a full partner in this project and we are using ICTs to provide farmers with real time weather data through their mobile phones.

If a farmer knows that today or next week there will have more rain, then they will plan better as opposed not knowing what the weather will be like. If a farmer knows he will have no soil moisture then he probably takes steps to mulch. Farmers need to have a mind set change and become more proactive and prepare more to meet the challenges and we are arming them with information and skills to adapt.

IPS: How effective has this been?

UG: The project is in its early days but we have seen some results. We have farmers working together. By bringing them together, we are getting a change in minds sets because individually each farmer is doing their part and collectively they do better over time. Jamaica is divided into 14 parishes and this project is in three parishes. Eventually if we can scale up to another three parishes this year, we will be able to cover all.

IPS: What have you learnt from this that can be replicated?

UG: We underestimate the power of ICTs as a solution to addressing climate change. Cellphones are more powerful instruments than we take them to be. They can be a tool of trade for the farmers not only to make calls and so forth, but also to become part of the solutions to advance adaptation efforts because farmers can access value added information timely. Farmers are amenable to change and want to adapt. We are targeting 5,000 farmers across the three parishes. This project, though small in the scheme of things, will have a large impact.

IPS: As a government institution, what have you done to get the buy in of the private sector?

UG: Jamaica is very fortunate because the private sector is involved with us as partner in climate action … Some are retooling their own operations and there are huge investments in climate change now in Jamaica. This makes it easy for the government to scale up their ambition. Recently our Prime Minister announced that we would move from a target we had set on our own NDC of 30 percent renewables by 2025 – 2030 to 50 percent.

We also have invested significantly in clean energy. We have a solar farm and wind farms going up and these are private actions. From an agriculture point of view, the private sector is investing in sustainable agriculture practices where they are using solar energy.

The dialogue with the private sector and the government is at an advanced stage. We are supporting the rest of the Caribbean Region in conducting a scoping study to look at barriers to private sector engagement in climate action.