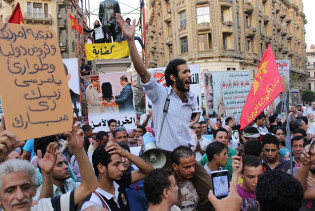 By Tendai Marima
Days after the sudden fall of the Central African Republic to Séléka rebels, questions are being raised about the circumstances surrounding the hasty departure of President Francois Bozizé.

By Mario Queiroz
The writer has just confirmed he had recorded the interview and taken notes of the conference, but he incurred in a regrettable error confusing António Soares (Toni Tcheca) with Emílio Krafft Kosta. This is of course completely unprofessional, and we have erased both versions of the story, in Spanish and English. Please accept our sincere apologies.
ADVERTISEMENT ADVERTISEMENT