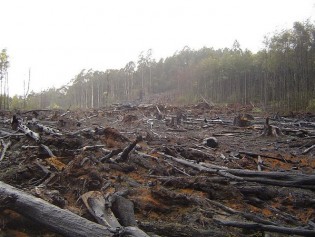 By Stephen Leahy
A majority of major economies have made significant progress in addressing climate change, with countries like South Korea and China taking aggressive action so they can benefit from energy- and resource-efficient economies, a new report released Monday found.

By Christiana Figueres
The results of the United Nations climate change conference that closed in Doha, Qatar on Dec. 8 show once again that the international negotiations are moving steadily in the right direction, but alarmingly slow.

By Stephen Leahy
Rich countries came to the U.N. climate talks in Doha intent on delaying needed action on climate change for another three years and a still to be hammered out new global treaty.

By Stephen Leahy
The United Nations climate talks in Doha went a full extra 24 hours and ended without increased cuts in fossil fuel emissions and without financial commitments between 2013 and 2015.

By Stephen Leahy
Food prices will soar and hundreds of millions will starve without urgent action to make major cuts in fossil fuel emissions. That is what is at stake here on the last day of the U.N. climate talks known as COP 18, scientists and activists say.

By Stephen Leahy
United Nations climate talks are on the edge of collapse Thursday, according to a coalition of civil society and representatives from half of the world's countries.

By Stephen Leahy
While the Philippines copes with the aftermath of powerful super-typhoon Bopha, which killed more than 300 people this week, tempers flared at the U.N. climate summit here.

By Stephen Leahy
A new scientific report shows that global warming can be kept well under two degrees C, but only if most of the known deposits of coal, oil and gas remain in the ground.

By Stephen Leahy
Extreme weather disasters, including floods and droughts intensified by climate change, have totalled many billions of dollars in damages this year.