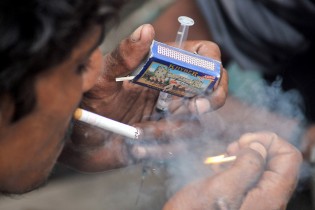 By Daniela Pastrana
“In the long term, what benefit will regulation of the autodefensas [self-defence groups] bring us? Do you think I have an aptitude or professional vocation for police work?” asked Juan Carlos Trujillo, a peace activist in the Mexican state of Michoacán.
ADVERTISEMENT ADVERTISEMENT