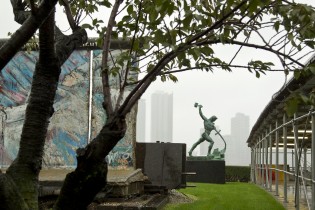 By Jim Lobe
The United States is applying different standards in its public criticism of the human rights record of authoritarian states of the former Soviet Union (FSU), according to a new report released here Monday by the Open Society Institute (OSI).

By Pavol Stracansky
Slovak doctors have launched an unprecedented campaign to rid their own profession of what is widely perceived as endemic bribery.
ADVERTISEMENT ADVERTISEMENT