In this column Joaquín Roy, Joaquin Roy, Jean Monnet Professor of European Integration and Director of the European Union Centre at the University of Miami, analyses the new faces and the balance of power among the men and women who are leading Europe.

BARCELONA, Sep 11 2014 (IPS) - At last, after the obligatory summer break, the European Union (EU) has some new faces to fill the top vacancies on the team that began to emerge from the May 25 parliamentary elections.

Before the recess, conservative Luxembourger Jean-Claude Juncker had been appointed to the presidency of the European Commission, the executive body of the 28-nation bloc. 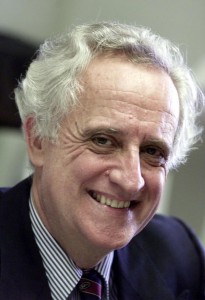 There was stiff opposition from some governments, particularly from British Prime Minister David Cameron, but in the spirit of the Treaty of Lisbon the post was offered to the candidate of the political group winning most seats in the new European Parliament, the centre-right European People’s Party (EPP).

The second agreement was to leave German socialist Martin Schultz in his present post as president of the Parliament for another two and a half years. A balance was thereby struck between moderates of the right and of the left.

The thorniest issues remained to be faced. The traditional “Carolingian” (Franco-German) Europe was still in control of the bloc, and renewal was needed. Eastern Europe was demanding a larger role and there was a notable absence of women.

Juncker had already made it known that he would not accept a new Commission that did not have at least one-third women members. The established order, an unabashedly male-dominated club, gave no signs of correcting itself. The EU’s customary intricate balancing act was set in motion.

“Renzi wanted to attack head-on Italy’s poor track record in European affairs in recent years, tarnished by the deplorable presence of former prime minister Silvio Berlusconi in power and in opposition, a handicap that affected his predecessor Enrico Letta before him”

The jigsaw pieces began to fall into place. Danish Prime Minister Helle Thorning-Schmidt’s candidacy fell out of favour. Then followed a dual move by the community. First, Polish Prime Minister Donald Tusk, a conservative from the entourage of former president Lech Walesa, was appointed president of the EU Council, made up of its heads of state and government.

Secondly, Federica Mogherini, the Italian foreign minister, was catapulted to the position of High Representative of the Union for Foreign Affairs and Security Policy (FASP).

Proposing her candidacy, Italian Prime Minister Matteo Renzi doggedly fought resistance from representatives of the Baltic states who regarded her as too soft on Russia, citing the example of her invitation to President Vladimir Putin to a meeting in July.

The sweetener of Tusk’s designation mollified the resistance of Eastern European countries, but not the reluctance of other nations that regarded the inexperienced Mogherini, just 41 in June, as not strong enough to face external enemies in a convulsed world.

However, Renzi, himself only 39, was playing a risky juggling act with several balls in the air. Mogherini was his message to the power clique in Rome to try to end the illusion that political respect requires having reached an age of around 100.

Moreover, Renzi wanted to attack head-on Italy’s poor track record in European affairs in recent years, tarnished by the deplorable presence of former prime minister Silvio Berlusconi in power and in opposition, a handicap that affected his predecessor Enrico Letta before him.

Renzi’s bold proposal may backfire on him, precisely because of the weakness of the Italian system, which is tolerating leadership by a moderate Socialist so long as he does not shake its foundations.

Within the European community, Renzi will have to rely on the support of his Socialist counterparts, who have been going through a bad patch recently. They have suffered from the crisis, which has forced them to apply neoliberal austerity policies, causing heads to roll from Scandinavia to Portugal and Greece.

For her part, Mogherini will have to face traditional problems and new challenges. The establishment already mistrusts her because of her age. She will find little support from a group of people, most of whom could be her parents.

On the Commission, where she is vice president, she will hardly be comforted by the handful of women Juncker manages to recruit. On the Council she will have the support of only four ladies, led by Angela Merkel, in a boardroom full of boring men in dark suits and dreadful ties, each of them obsessed with managing foreign policy on their own terms and at their own risk.

The worst of the bad omens for the appointment is the suspicion that the EU’s hard core does not believe the position of High Representative to be important, given that the main security and defence competences remain in the national domains.

Mogherini’s second challenge, like that of her predecessor Catherine Ashton of the United Kingdom, is to cope with the enduring imprint of the founder of the position, Javier Solana of Spain.

However, her ambition and track record already surpass those of the eminently forgettable Ashton, a Brussels official who had already booked her ticket on the Eurostar train under the Channel back to London when she was unexpectedly appointed to FASP.

Mogherini can document her solid preparation for such a high-profile job over two decades, with her degree in Political Science, her exchange experience on an Erasmus scholarship in the French city of Aix-en-Provence, and her thesis on political Islam.

A mother of two with a gentle smile and light-coloured eyes, she gives the impression of an assistant professor working up the academic ladder towards a full professorship. But she could surprise some of the detractors who are already prophesying her failure.

She is a professional in a field that needs new vocations and fresh vision. She will lead the most impressive diplomatic team on the planet, made up of the ministries of 28 countries and the European External Action Service. She deserves good luck, not just for herself and Renzi, but for all Europeans and people beyond. (END/IPS COLUMNIST SERVICE)