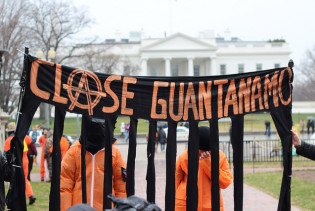 Poland Cornered Over Its Secret Prisons

By Claudia Ciobanu
A Polish official investigation into the existence of a secret CIA prison on its territory is being stalled, according to official sources, while pressure on the country to tell the truth mounts.

By George Gao
Shedding new light on a chapter of the U.S. "war on terror" that has largely remained shrouded in secrecy, the Open Society Justice Initiative released a report Tuesday detailing the cases of 136 individuals who were extraordinarily rendered or secretly detained by the U.S. Central Intelligence Agency (CIA).
ADVERTISEMENT ADVERTISEMENT