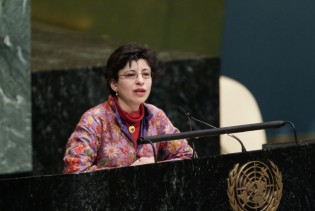 By Thalif Deen
The United Nations is considered one of the world's most secular institutions, with 193 member states representing peoples of different faiths and cultures and professing religious and agnostic beliefs.
ADVERTISEMENT ADVERTISEMENT